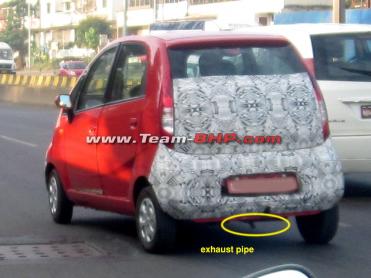 It is no secret that the Tata Nano entry level hatchback has failed to do half as well as it manufacturers wished for. It is also a very well known fact that Tata Motors has been using all the tricks in its books to improve the sales performance of its A segment contender.

Only recently, we saw Tata Motors launching a revised version of its city car. And now, it seems like the boffins at Tata Motors are busy working on yet another facelift for their slow selling entry level hatchback. Expected to debut with the highly anticipated diesel variant, the next facelift will apply to all fuel variants of the Tata Nano. 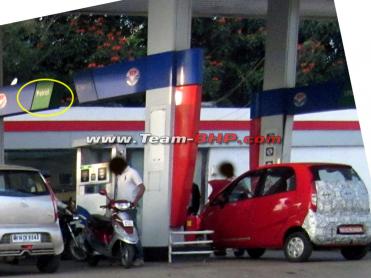 A test mule of the upcoming Nano facelift was recently spotted at a gas station in Pune.

We expect the Nano facelift to be greet us at the upcoming 2014 Indian Auto Expo in February next year. Also present at the motor show could be the much publicized Nano Diesel. The Nano diesel is expected to have a really low selling price and a diesel engine that would offer stellar fuel economy. 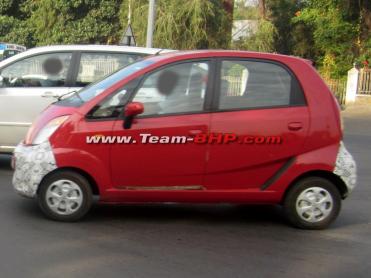 The Nano diesel is powered by an 800cc oil burner that has a max power output of 40PS. The engine is currently the smallest diesel engine in the world to have a turbocharger. The engine’s turbocharger comes from Honeywell and it is being said that the motor could have an ARAI certified fuel efficiency figure of around 40kmpl! This would translate into running costs so low that you might actually want to mock at some of your biker friends.

The Tata Nano facelift, along with the new diesel variant, could be launched sometime in March next year. 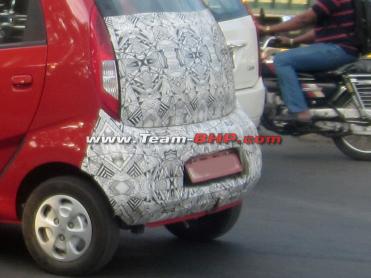