The iconic trio of the motoring world are coming back as The Grand Tour Season 2 is slated to go on air in December 2017. However, The American a.k.a. Mike Skinner will not be making it to the second season. Firing him wasn’t easy but it all came to Jeremy Clarkson because he was closest to the telephone and it went pretty smoothly, almost.

This means that Clarkson, Hammond and May have to evaluate new drivers to takeover the task. They’ve been going through a long list and one of the potential driver’s is Mark Webber. In case you’ve been living under a rock and don’t know who Mark Webber is, you’re not alone. Clarkson had a tough time introducing Webber to Hammond and May. Mark Webber is a nine-time Formula One Grand Prix winner, FIA World Endurance Champion, and Porsche ambassador. 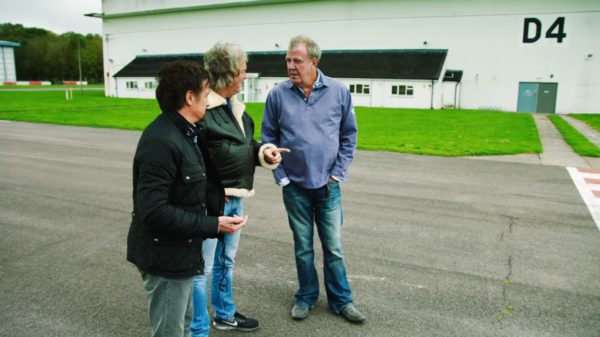 The Porsche ambassador seemed like the perfect candidate, till he was asked to drive a Mercedes-AMG GT-R. Here’s what happened next: