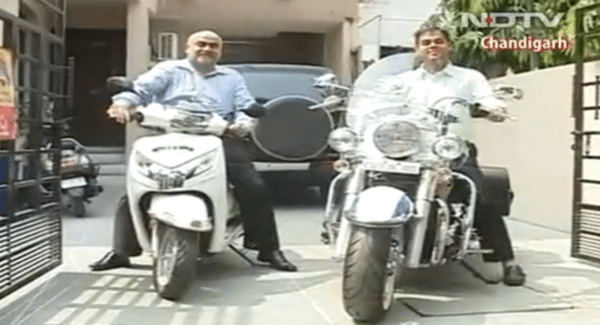 Kanwaljit Walia, who runs a well-known catering business in Chandigarh, just paid a whopping INR 8.1 lakh for a VIP number plate for his newly bought Honda Activa 125, worth only INR 50,000 in comparison. Kanwaljit made the highest bid for the VIP number “0001”, when numbers 0001 to 9999 of the new CH01BC series were auctioned by Chandigarh’s Licensing Authority in two phases on Saturday and Sunday.

Mr Walia inherits his father’s passion for VIP number plates, who was the founding president of the Chandigarh taxi union, and had two VIP numbers. Chandigarh is known for its fascination for VIP number plates, much to the joy of the local licensing authorities, who earned INR 77.71 lakh this year. However, last year, records were shattered, when the authority amassed INR 98.7 lakh in two days following the launch of the CH-01-AX series.