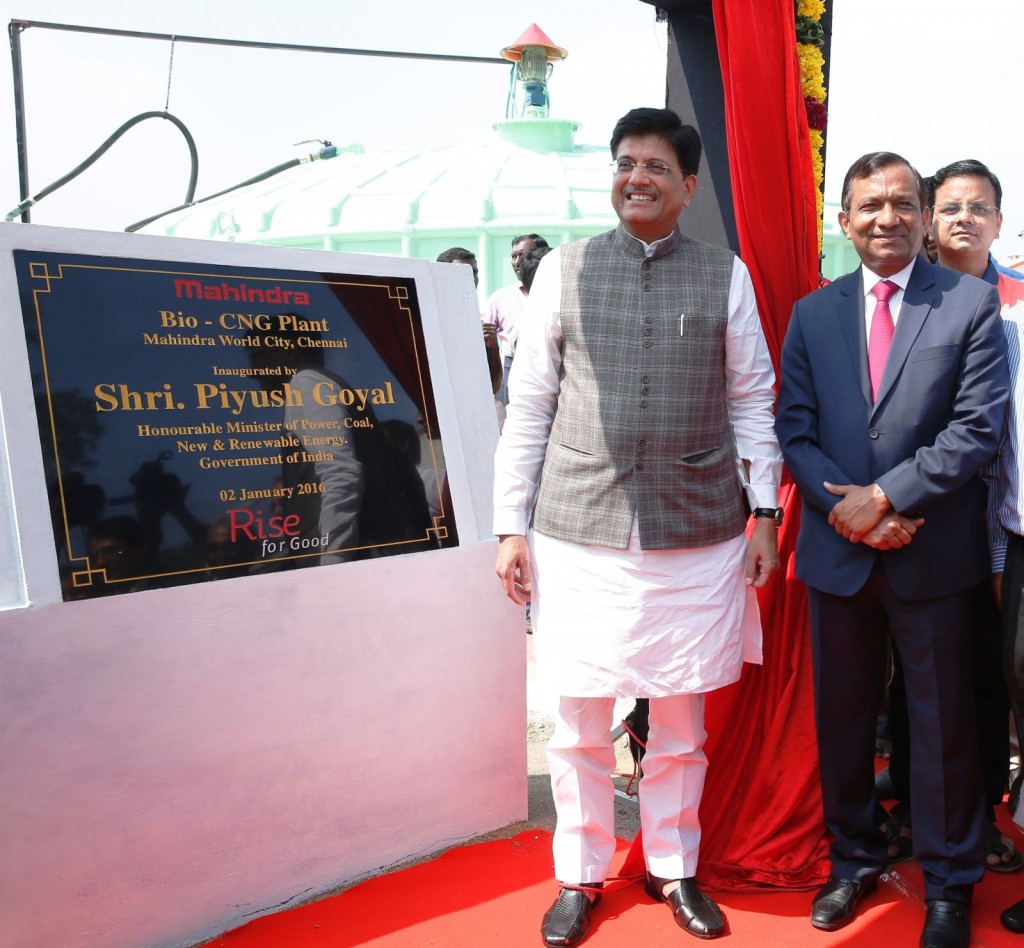 Spread over an area of 1,000 square metres, the Bio-CNG plant aims to create a carbon neutral ecosystem at Mahindra World City (MWC), Chennai. The Bio-CNG plant will convert 8 tons of food and kitchen waste generated daily at MWC, into 1000m3 of raw biogas.

Further the raw bio gas can be enriched to yield 400kg/day of purified CNG grade fuel which is equivalent to a 200kW power plant. As a byproduct 4 tons of organic fertilizer will be produced per day. The green energy (bio CNG) can be effectively used to replace CNG as automotive fuel and LPG for cooking purposes as well as to power street lights at MWC. The organic fertilizer will be used by farmers to enhance soil fertility. Overall it will create an end to end carbon neutral ecosystem, wherein even the waste will be utilized for the benefit of the farmers. Hence MWC has rightfully claimed the title of being India’s first food-waste free city.

A joint initiative between Mahindra Research Valley and MWCDL under the Mahindra Group CSR initiatives, the Mahindra Bio-CNG plant has utilized domain expertise and resources from both. While MRV has assisted in aspects of digester design, purification system design and robust systems for ensuring the durability of the plant, MWCDL has provided all the necessary support to carry out the project.

As a socially responsible corporate citizen, Mahindra has synergized an entire ecosystem by partnering with various stakeholders to create viable sustainable solutions. It has partnered with MWC for waste collection, Khadi Village industries Commission (KVIC) to leverage their experience, IIT Delhi for technology development and Naandi Foundation to reach out to the farmers for last mile productivity.