The 2016 Mahindra Scorpio ‘Pik-up’ variant has been spied in Pune during a public road test. The Scorpio has been in the Indian as well as overseas markets in its pick up avatar, and goes by the name – Mahindra Scorpio Getaway in India and Mahindra Pik up elsewhere. The car-maker describes the pick-up truck as a Lifestyle SUV. The spotted version carried the badge of ‘Mahindra Pik up’ slapped on its tailgate. 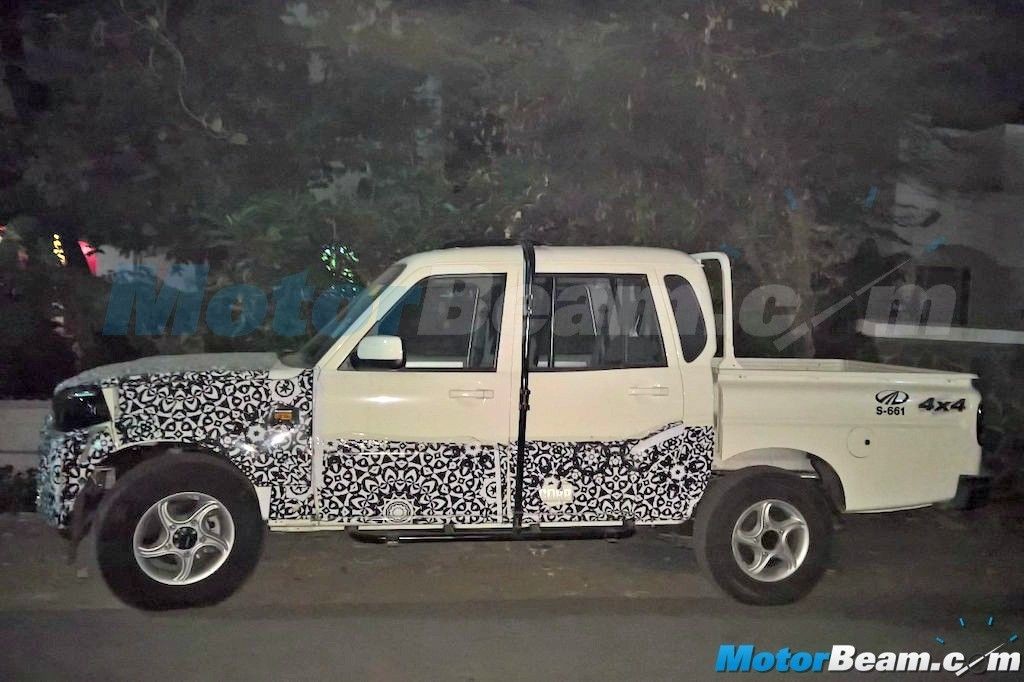 The Pik up was spotted in minimal camouflage, hence very little is left for guesswork. The images clearly show that the pick-up derivative sports the new generation Scorpio fascia. The front look comprises of ‘eye-browed’ headlights, bonnet scoop, fog lamps and the trademark toothy front grille. 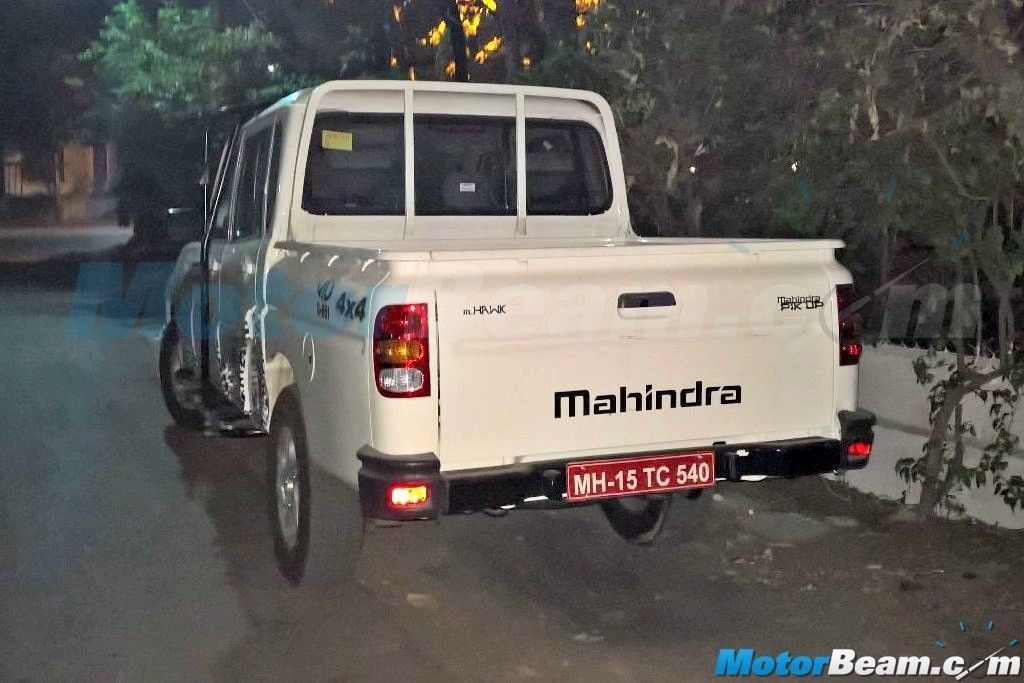 The 2016 Mahindra Pik up drives with a double cabin, that can carry five occupants. On the side, it features a somewhat industrial side step and mounts, which we assume will be replaced by a buffed-up piece on production of the vehicle. For the mechanical details, the images show a mHawk badge on the rear, that suggests the 2016 Mahindra Pik up will be powered by a 2.2 litre mHawk turbocharged diesel engine that will spout a power output of 118 bhp at 3800 RPM and torque of 210 Nm at 1700 RPM. The power will be pushed to the wheels by a 5-speed manual transmission. Apart from the rear-wheel drive the Getaway is also available in an all wheel drive option. 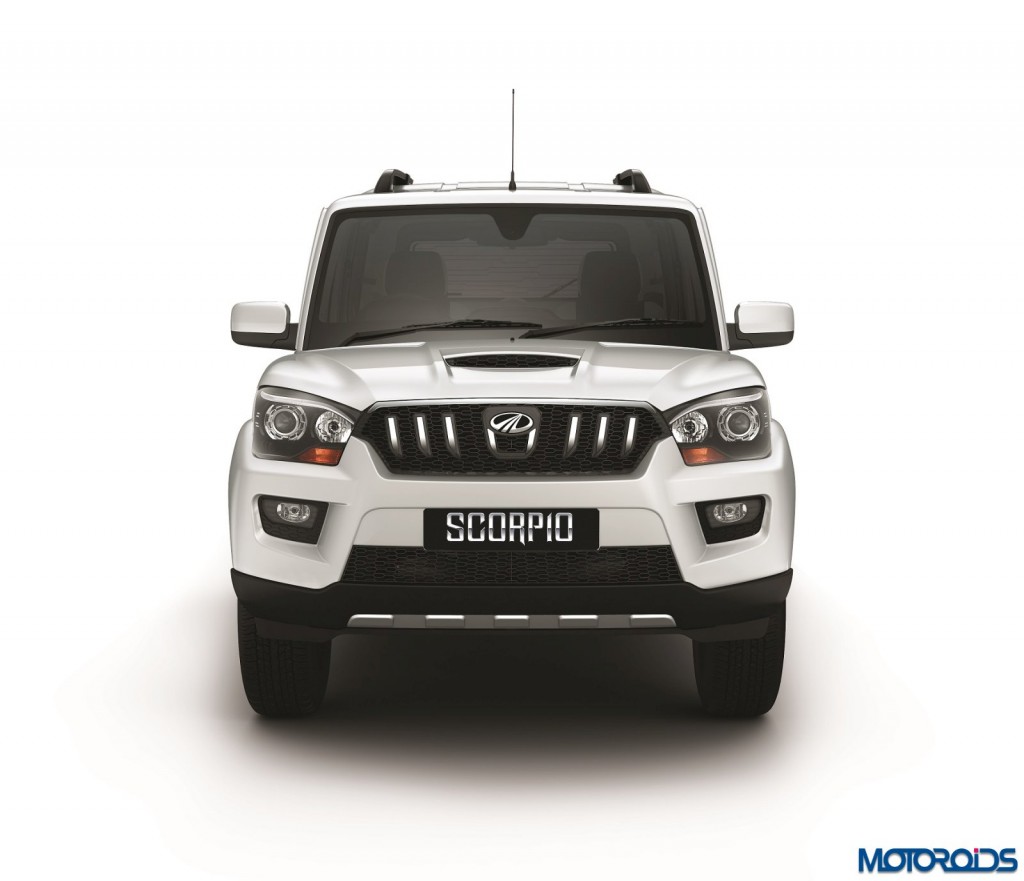 The 2016 Mahindra Pik-Up will boast safety features such as engine immobilizer, ABS with EBD (Electronic Brake-force Distribution), and rear parking sensors. A 6-inch touchscreen bluetooth enabled infotainment system with GPS navigation will be available too. The Pik up is expected to be showcased at the upcoming 2016 Auto Expo.

Do let us know your details through the comments section below.