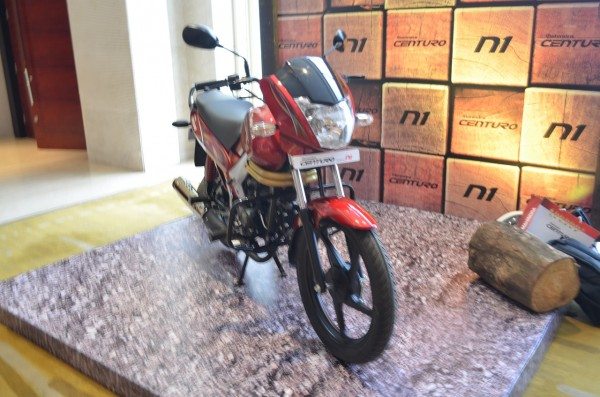 Miles+ genuine engine oil, with a viscomatrix of SAE 20W 40, has been jointly developed by MTWL and HPCL and is specially formulated to adhere to the stringent technical requirements of bikes manufactured by MTWL. The oil offers an extended drain interval of 10,000 kms, as compared to the normal drain interval of only 3,000 kms.

Miles+ promises various other benefits such as higher fuel efficiency, lower oil consumption and maintenance cost, as well as longer engine life. It will be distributed in convenient 100 ml and 900 ml packs and is available at all leading HPCL petrol pumps as well as auto spare part shops.

Commenting on the agreement, Mr. Dharmendra Mishra – Vice President – Sales and Customer Care, Mahindra Two Wheelers said, “We were looking for an oil which could suit our indigenously developed 110cc MCi-5 which is a Micro Chip ignited-5 curve engine and after working closely with HPCL we managed to develop Miles+ which met all our required specifications.”

He added, “The MCi-5 technology commands the engine to adjust on different types of roads, resulting in better pick up and mileage and hence, requires specially engineered oil which is now available in 100ml and 900ml packs across India. The oil has shown outstanding performance on bench as well as in field test conditions at our R&D center and is recommended for a drain interval of 10,000 kms.”

According to Mr. S. Jeyakrishnan, Executive Director – Direct Sales, Hindustan Petroleum Corporation Ltd., “The rigorous process followed during the development of Miles+ has allowed us to meet the stringent requirements of MTWL’s new technology two wheelers. HPCL greatly values this business association with the prestigious Mahindra Group. We will closely partner MTWL in lubricants technology development, to keep pace with their engine development activities and this collaboration between both organizations will lead us to scale greater heights in the future.”

Miles+ will be used in the Centuro and other 110cc bikes from MTWL for high performance output while ensuring engine durability.