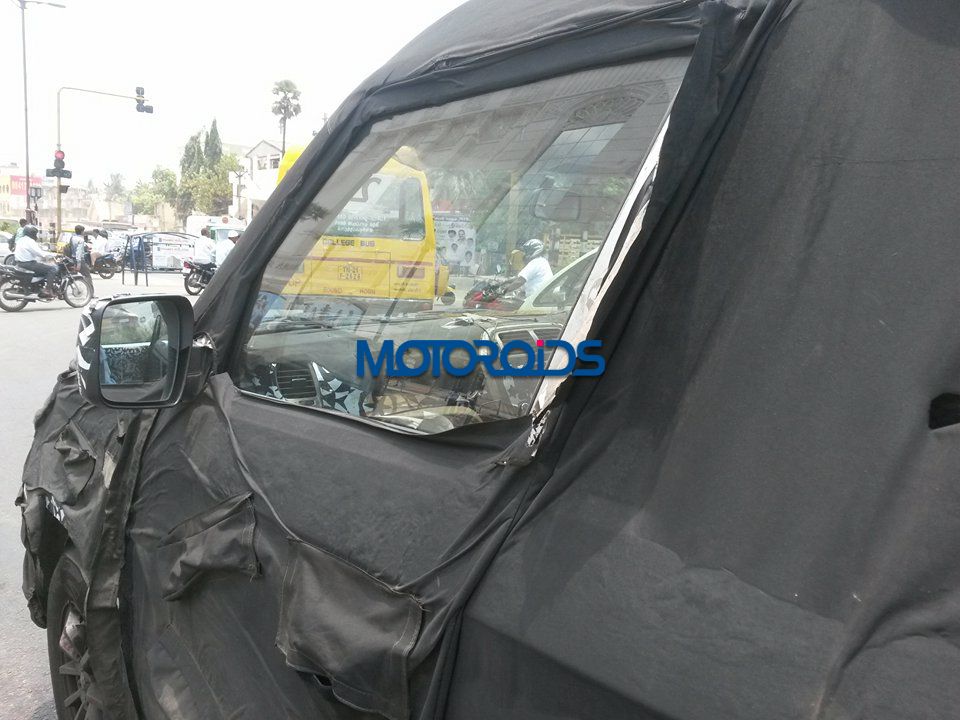 Recently, Mahindra announced the name of their upcoming compact SUV which was christened as the TUV300. Also, the Indian UV maker released a new microsite for the TUV300 where it asked the users the expected price. Now, some new spy pictures of the TUV300 have surfaced on the cybespace showing the vehicle in all its glory.

The battle tank inspired model will be positioned as a ‘tough and stylish’ SUV by Mahindra. The new compact SUV sits on an all-new platform, replete with a new chassis and engine. Unlike the earlier rumours, the SUV, codenamed U301 will sell alongside the Bolero and will not be a replacement for the highest selling SUV in India. 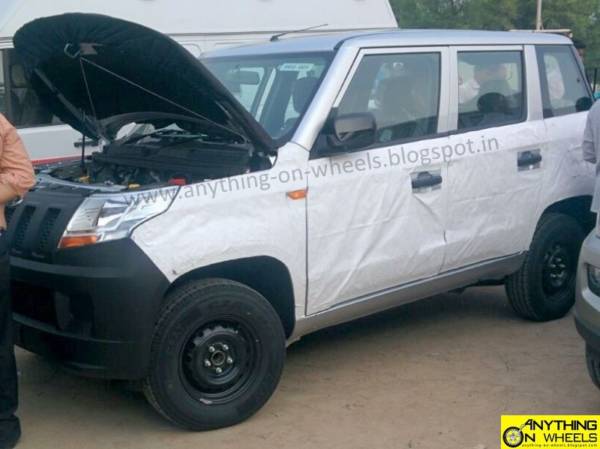 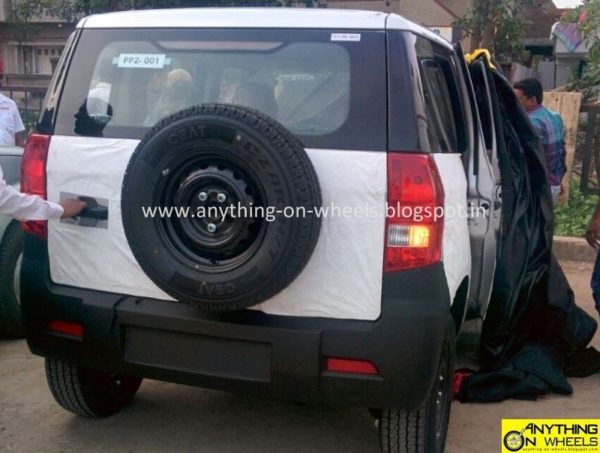 The Mahindra TUV300 has been mostly designed and developed by the company’s in-house design team and the R&D has been carried out at the Mahindra Research Valley in Chennai. The vehicle will be manufactured at Mahindra’s Chakan plant in Pune, Maharashtra and will also feature an AMT box.