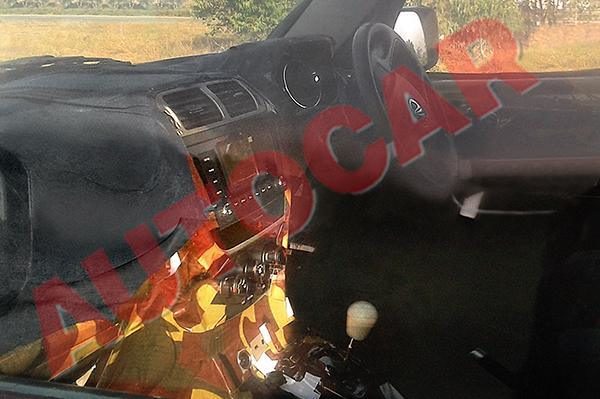 We have shown you some spy pictures of Mahindra’s upcoming offering in the compact SUV segment, the U301. Well, that’s the internal name given by Mahindra & Mahindra (M&M) for this car. The above picture clearly shows an automatic gearbox, an AMT, in this case. This compact SUV is supposedly to have similar underpinnings of that of the new Scorpio. Of course, the ladder-frame will be shortened for this car. M&M will have a couple more compact SUVs coming out; the S101/102 are compact SUVs, too and are bound to be unveiled somewhere by the end of 2015. 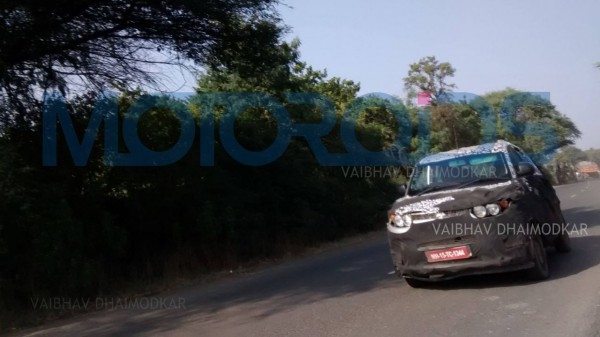 With the U301 compact SUV, M&M seems to have specifically engineered a car which would be able to tackle rugged rural areas. Though monocoque construction has come a long way, body-on-frame vehicles, historically, have proven to handle tough and inhospitable areas without breaking a sweat. Talking about the U301 now, you can clearly, or partially clearly, see the interior layout and some of the knobs and buttons. The air-conditioning vents can be seen with some fake aluminium and the knobs at the bottom of the centre-stack, seem to have some chrome rings on them and look quite good. The instrument binnacle, too seem to have chrome touches to them and looks nice, we think. The steering wheel is of a three-spoke design and is expected to be seen on the upcoming S101/102, too. That is still to be seen, though. Apparently, the top-spec variants of the U301 are to come with steering-mounted controls, which this particular test car doesn’t seem to have.

The main thing to notice in this picture, is the automated manual transmission (AMT). According to Autocar sources, the model of U301 pictured above is the top-spec 1.5-litre diesel variant called ZLX. As you can see in the spy picture, this ‘top-spec’ diesel variant doesn’t seem to be equipped with automatic climate-control and hence, those manual rotary knobs. The U301 is probably, not going to be available with four wheel-drive. At least, that’s what applies for the AMT version of the U301. Although, the car might have ABS, mostly on the top-end trim level. Mahindra & Mahindra is said to be working on a 4×4 variant of the U301, too.