Home Crashes Teen crashes Kawasaki Ninja ZX-14R, kills a cyclist – Is there a flaw in our licensing system? 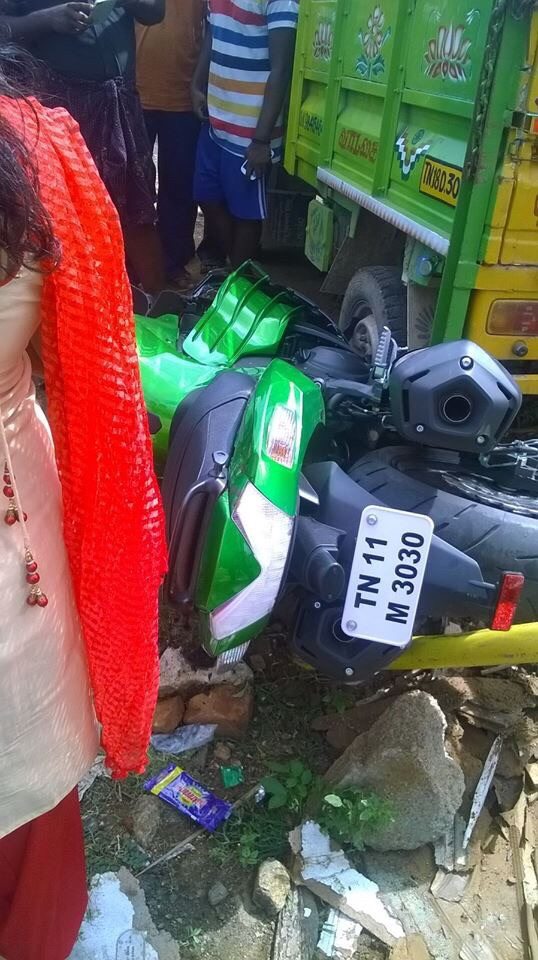 What began as a regular Sunday turned into a horrifying day for three families. Teenager Raji Ganesh, 18, crashed a 1,441cc Kawasaki Ninja ZX-14R (one of the most powerful mass production motorcycles in the world) with Akash, 15, on board into 30-year-old Suba Reddy in Selaiyur, Chennai. Reddy, a mechanic by profession, lost his life on the accident spot. Reports suggest that the victim was cycling back home for lunch when the teenage duo rammed into him near Bharath University Agaram Road. The duo, after hitting the cyclist, crashed into a stationary mini truck. The Rs 17.66 lakh (ex-showroom) worth superbike reportedly belonged to a friend of the duo named Pavithran. The teenagers allegedly borrowed the motorcycle to show it off to their girlfriends. 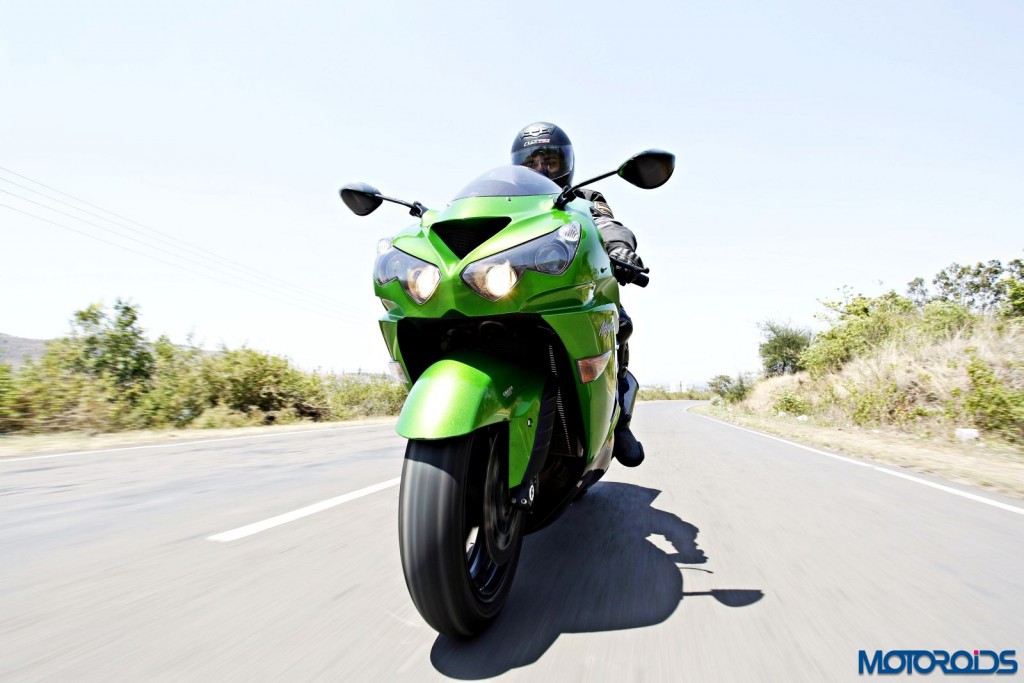 While superbike crashes are no different to normal bike crashes in normal circumstances, this incident begs the question – does the licensing system in this country require an overhaul? European norms for riding permits mandate riders to gradually move up the displacement ladder which is basically divided in three stages for motorcycles – A1, A2 and A. The laws are so comprehensive that at times applicants have to appear for several driving test attempts before earning a driving license.

On the contrary, Indian norms enable adults (18 years of age and above) to appear for an oral or written test to obtain a learner’s licence with a validity for 6 months. A person with a learner license can ride a motorcycle with a permanent licence holder on board. Just 30 days after obtaining a learner license, a person can appear for a driving test to obtain a permanent licence. The so called riding test is a joke to say the least. A learner has to drive on a straight road for a couple of rounds (mostly less) in presence of an RTO official. Seldom are there any parking tests or maneuvering skills try-out to evaluate the skills of the rider. In some cases, if you have the right contacts, you will be delivered a driving / riding license at your home, without you even having to step out. That’s almost alike giving someone a license to kill, or a means to get killed. 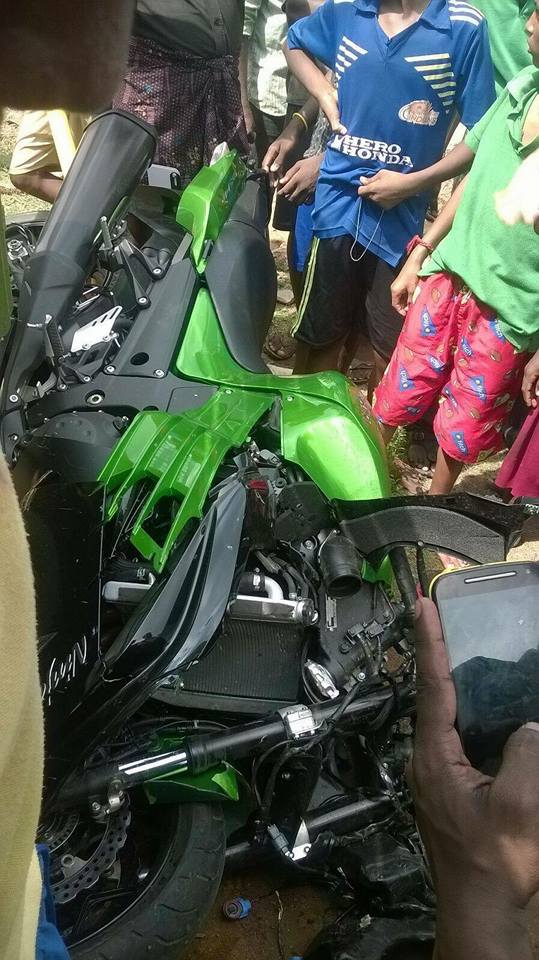 The licenses issued by the Indian authorities don’t bother about defining the kind (in terms of power/displacement) of vehicle you are eligible to ride. So someone who managed to ride for 100 meters on a straight line without crashing into a tree is legitimately eligible to ride a 200bhp Ninja H2, as per our licensing system.

More spoilt are people with greater disposable income. We have seen many incidents where people in the higher income group gifting their young ones with a litre-class motorcycle on their 18th birthday and the history is witness to where that road leads.

We believe, and the motorcycling fraternity will agree with us that it’s about time the government intervened and introduced more stringent laws to obtain a driving license. The first step should be to completely computerise the driving tests with the help of automated simulators which take the human interference out of the equations and score an individual fairly on his riding skills. The RTO should also have at least two levels of driving licenses and it should be mandatory for riders to know the basic driving/riding skills before he/she is given an approval to drive/ride a higher displacement vehicle. With great power comes great responsibility and you don’t have to be Spiderman to know that. 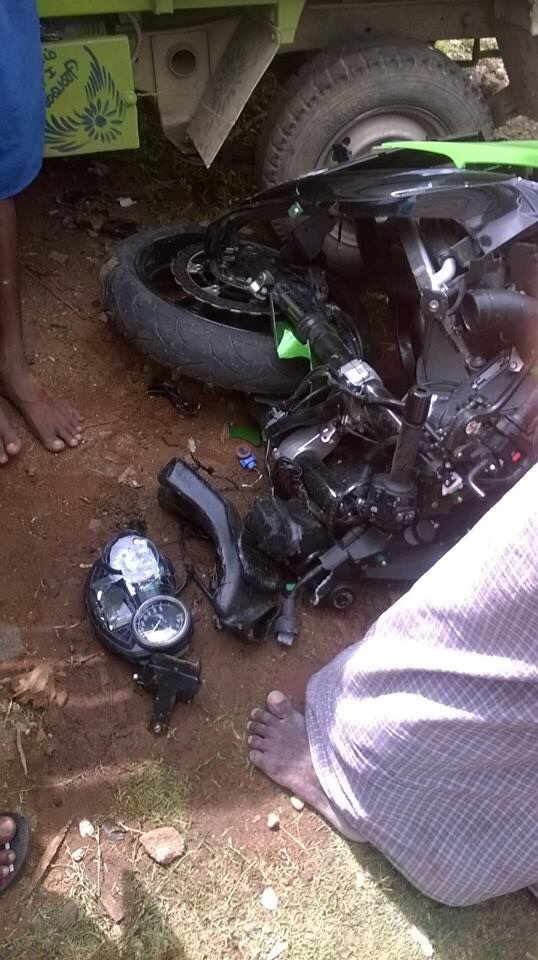 Do yo have any more suggestions to improve the driving conditions in the country? Share your ideas and opinions with us through the comments section below or on one of our social networking channels. Don’t forget mentioning us, so we hear your voice loud and clear.