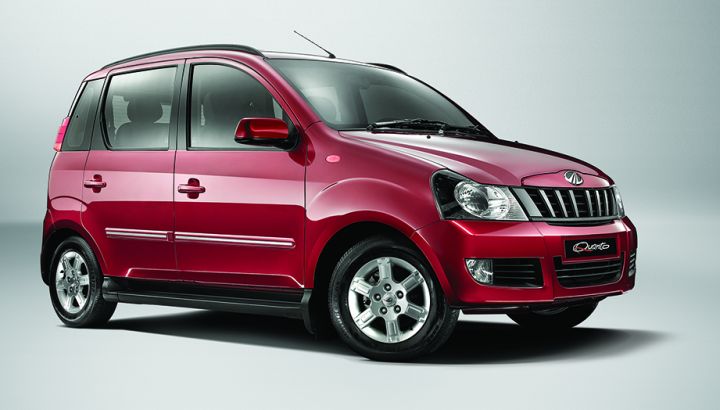 Mahindra’s sub-4 meter SUV Quanto has met with reasonably good success. The compact SUV, with its low pricing and a practical 1.5 liter three cylinder engine has managed to create a niche for itself. Mahindra is now preparing a 4WD version of the vehicle which is currently available only in a rear wheel drive version. The on-road testing and field trials for the new variant have started, and there also have been a few sightings of the vehicle.

The new 4×4 version of the Quanto will be powered by the same 1.5 liter engine that propels the RWD variant. The 4×4 variant is meant primarily for the export market, where there is more demand for such drive systems. South Africa, among others is a key market where the 4WD version would first go to. As revealed by Mahindra personnel during the Quanto launch, a possibility of the more powerful mHawk engine powering the small SUVs can not be denied either. This engine, however, would be meant exclusively for the export market.

Mahindra may introduce the 4×4 variant of the Quanto to the Indian market as well, but the volumes, for sure, wouldn’t be substantial. Stick around, as we gather some more information about possibly the cheapest 4×4 SUV in the country.