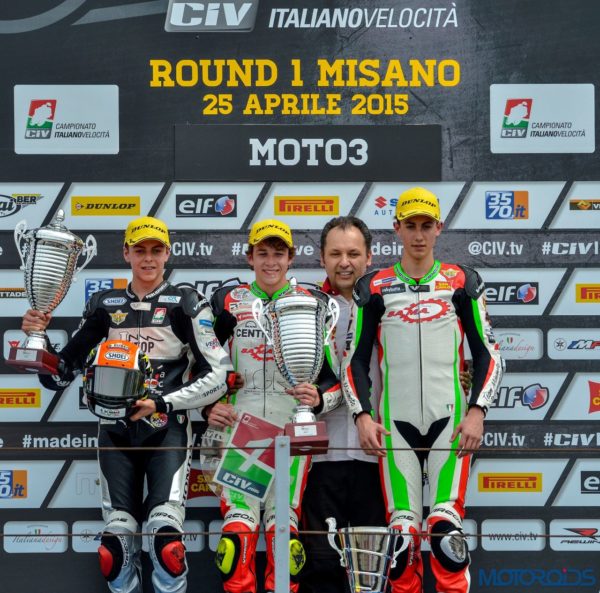 Mahindra Two Wheelers has announced that its Mahindra Peugeot motorcycles dominated last weekend’s opening round of the Italian National Motorcycle Racing Championship (CIV 2015 Moto3) winning both races at the Misano circuit in Italy. 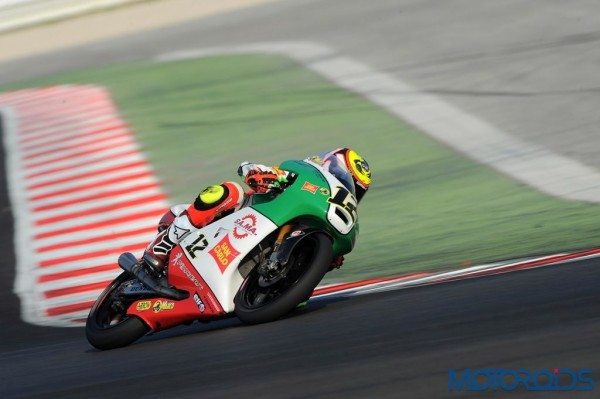 Marco Bezzecchi (#12), riding the Mahindra Peugeot MGP3O motorcycle for team Minimoto Portomaggiore, claimed the top step of the podium in both races of the opening round. He was joined by team-mate Fabio Spiranelli (#3) in the first race, also astride the MGP3O. Mahindra were the constructor champions for two consecutive years – in 2012 (125GP class) and in 2013 (in the Moto3 class) in the CIV. 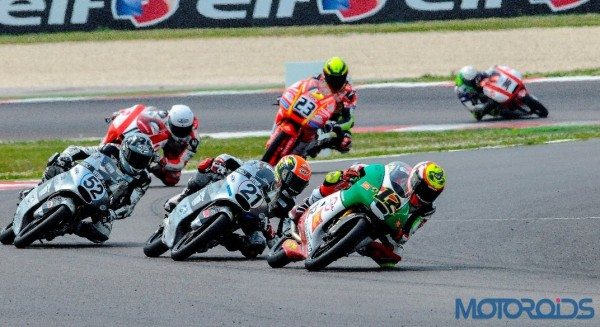 Up next are Rounds 3 and 4 at Vallelunga racetrack, on the 16th and 17th of May 2015 where Team Minimoto Portomaggiore, riding Mahindra Peugeot Motorcycles, is preparing to put up a strong show.