Mahindra some time back had acquired the world-renowned design company, Pininfarina. This company has been known to design many beautiful cars over the years, including many legends. Cars like the Fiat 124 Spider, Ferrari 275 GTB, Ferrari Enzo and many more icons were produced by the automotive giant. The founder of this design studio had a vision of producing a car that was their own and was amongst the best in the world. With Mahindra on their team, this goal is on its way to becoming a reality in the form of the PF0 all-electric hypercar. The car is said to produce more power than the bonkers Bugatti Chiron which delivers about 1,500 horses to all four wheels. 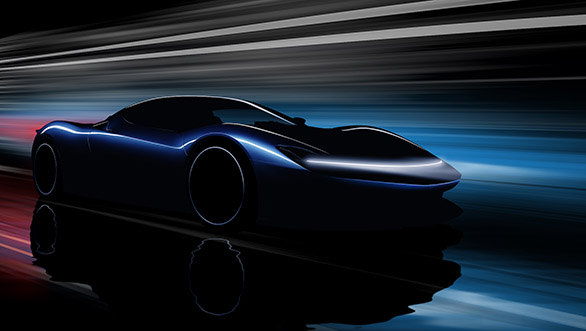 The car was showcased to potential customers in a private event at the Pebble Beach Concours during the Monterey car week earlier this month. Anand Mahindra did appreciate the response of the people who attended the event and mentioned it during the launch of the Marazzo MPV. Coming to the PF0, it will share its components with the Rimac C-Two, another all-electric hypercar. If that is the case, the car will be delivering a mind-bending 1,940 PS and 2,300 Nm combined from all motors present on each wheel. That is a lot of power which will be supplied by a 120 kWh battery, giving the car a claimed range of 650 km. 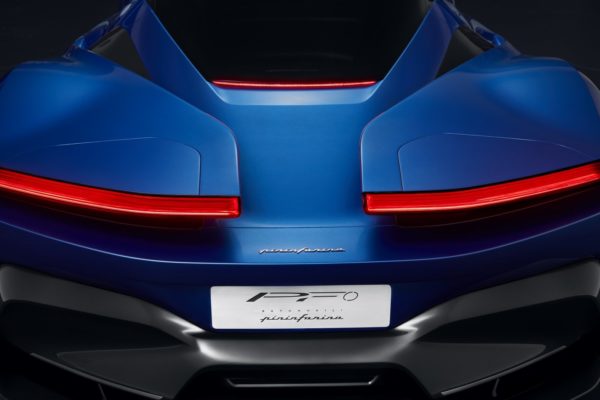 Also Read: Mahindra’s New Compact SUV To Come Loaded With Kit – Will Get An Official Name On December 1st

That 2,300 Nm of torque will propel the car from a standstill to 100 kmph in less than two seconds, the C-two claims to do it in 1.97 seconds. Now that is faster than the time you took to finish reading this sentence. To put things ins perspective, hypercars like the Bugatti Chiron with its V16 engine takes 2.4 seconds. Another example, the Koenigsegg Regera with its 1,500 horsepower and hybrid assist systems takes 1.8 seconds to hit the ton. The PF0 has interesting numbers around it, we can not wait to see the performing once it is out. Stay tuned for more on this hypercar.