After being spotted testing on multiple occasions, the budget friendly Mahindra Mojo has finally made it to the production line. How do we know? Images taken outside a dealership reveal the more affordable version of the Mojo, which will be known as the Mojo UT300 upon launch. 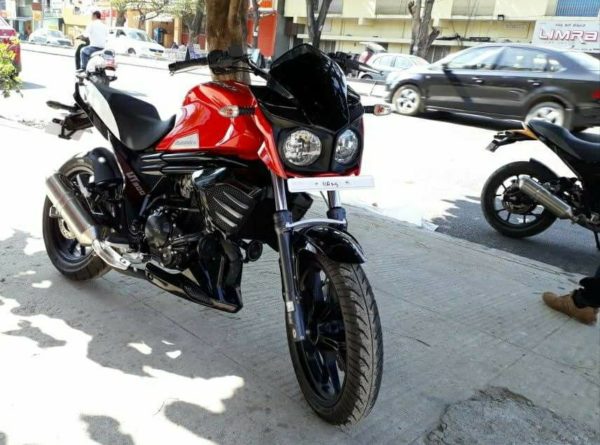 As seen in the images, the Mahindra Mojo UT300 loses out on a few features such as the USD forks, LED DRLs above the dual pod headlamps and gold accents on the frame and swing-arm. A few other changes include MRF tyres that replace the Pirelli sourced rubber and a single exhaust pipe as opposed to the dual exhaust setup on the standard Mojo. 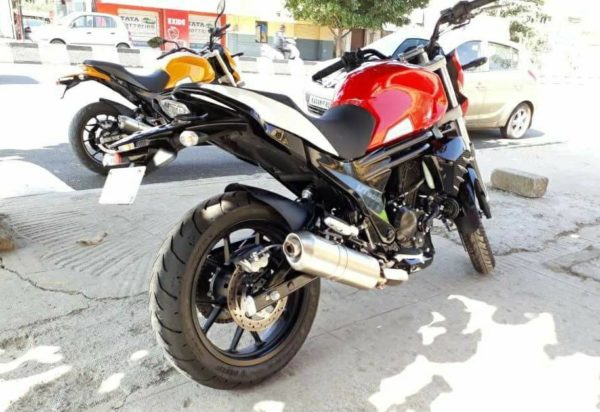 Another significant change to the Mahindra Mojo UT300 is the removal of the Fuel Injection system, making way for a carburetor. This is likely to result in a small change to the performance figures of the Mojo UT300 although reports suggest that the 299cc single cylinder engine is likely to produce the same output of 27 PS and 30 Nm of torque. Transmission duties will be taken care of by the same six speed unit. 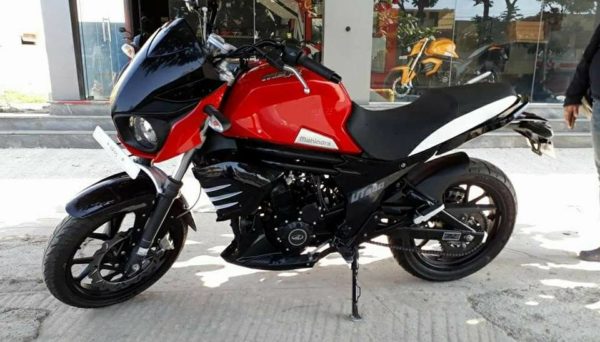 Expect the Mahindra Mojo UT300 to arrive a bit lighter in weight with a price tag of approximately INR 30,000lower than the standard model. The launch of the Mojo UT300 should happen in the next few weeks. Stay tuned for updates.