The Mahindra KUV100 has been on sale for over a year now, and unlike the Maruti Suzuki Baleno, the sales of the KUV100 have been bleak and the model hasn’t been as popular as one expected. This may be because of the fact that the KUV100 is not a true hatchback nor even an SUV, it’s a compact SUV in the dimensions of a hatchback which basically makes it a rather odd-looking crossover. More often than not, crossover concepts are not whole heartedly embraced by the masses. M&M announced that a face-lifted model for the same would hit the Indian market before the end of 2017 along with facelift models of the Scorpio and the XUV500. 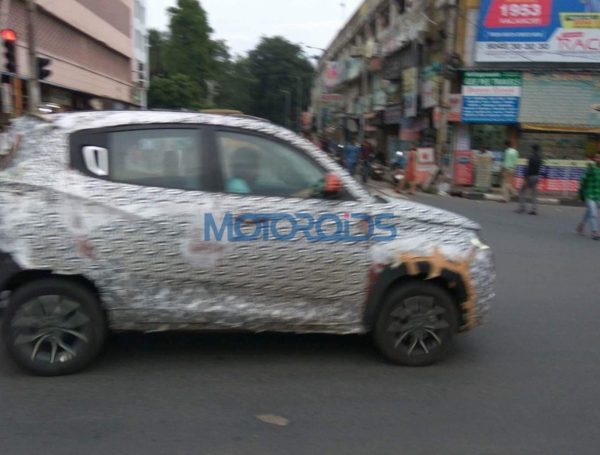 Spy shots shared by Motoroids reader Sibi showcase a heavily camouflaged KUV100 spotted in Chennai. Even though this prototype still sticks with the SUV-hatchback crossover theme, the body does look a bit trimmed down from the sides giving it a much more sleek design in comparison to its predecessor which sported gigantic wheel arches.

With very little cosmetic changes at the back of the KUV100 prototype, we did notice a few significant changes at the front. The headlamps do not stretch all the way back to the A-pillars, instead, they have been cut short in length to the ends of the sharper DRL’s. Significant revision of design has been done with air-intake vents and the fog lamp housing. The grille of the current model on sale sports a rather bland design with small teeth-like elements, which has now been redesigned with accentuated vertical chrome slats. The entire front portion of the KUV100 now looks a little bit mature relative to the oddball appeal of its predecessor. 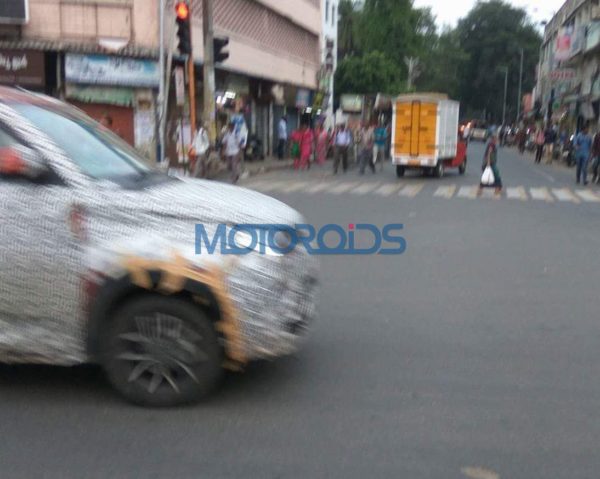 The facelift version of the KUV100 is believed to be powered by the same 1.2-litre three-cylinder G80 petrol/D75 diesel mfalcon engine, Mahindra’s own design, producing 82 bhp and 77 bhp respectively. The vehicle will also get 15-inch alloy wheels with the design inspired by the XUV500 instead of the 14-inchers on the current model.