The SUV segment is the most loved among all passenger cars in the Indian markets. The market has a lot of options for almost every type of buyer out there. Still, some enthusiasts like to carve out their path, and even their car. Instead of just modifying the aesthetic appeal of the car from the outside, there are still some creative automobile enthusiasts left in India, who like to add more performance or capabilities to the vehicle. 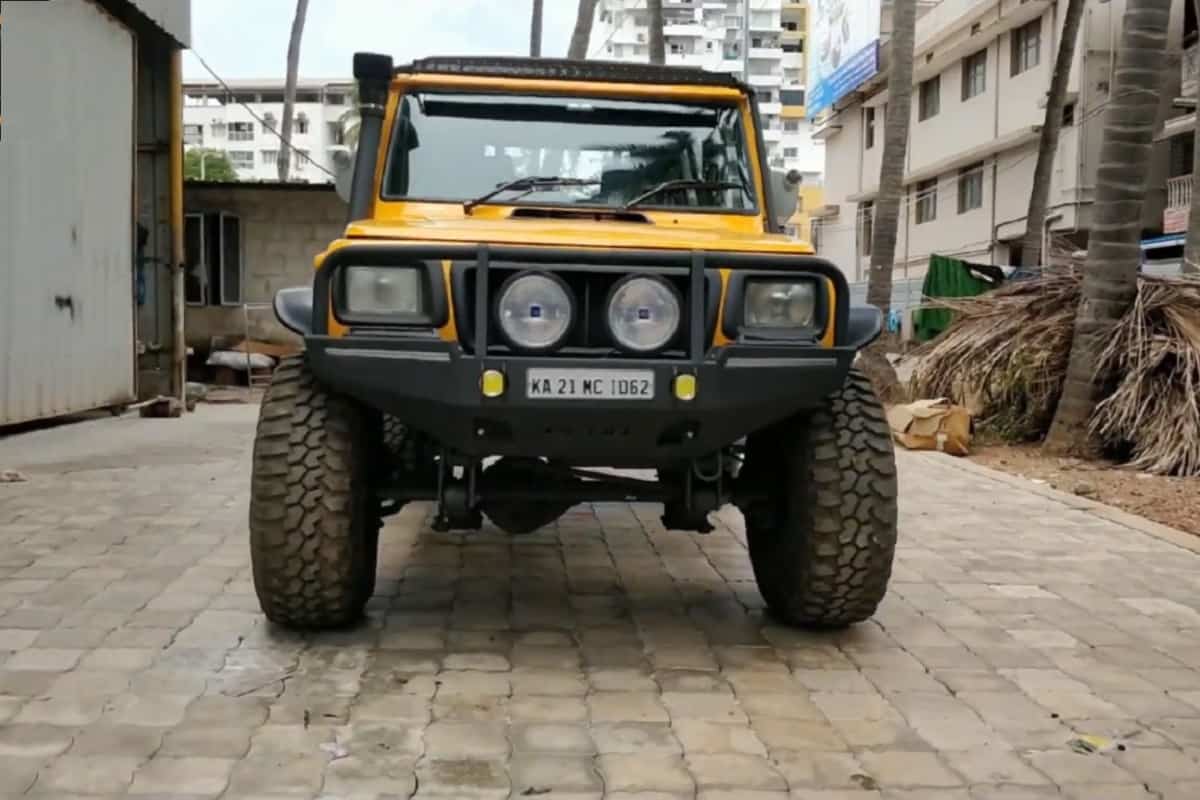 Mahindra Bolero SUV has been a popular off-road SUV in India. One can find tons of modified Bolero’s on the internet. But in the era of new Mahindra Thar, and the upcoming Force Gurkha, this modified Bolero Invader, in its monster truck avatar with those bigger intimidating tyres and updated engine, is tough to ignore. With this mustard yellow paint, this modified Mahindra Bolero Invader looks quite like an actual 4X4 rugged, muscular off-roader.

This customized Mahindra Bolero Invader belongs to Mr Deepesh Shetty, who has made every effort to pack it with a host of modifications on both design and performance fronts. This monster truck was first spotted on the video posted on Weekend On Wheels #Wow YouTube channel

On the design front, the SUV features new customized off-road bumper along with a new 52-inch LED light bar and LED fog lamp assembly. To increase its approach and departure angle, the stock bumper has also been removed. This SUV also gets a pair of new 35-inch wheels along with Maxxis Bighorn tyres to help it easily race through the rough terrain. 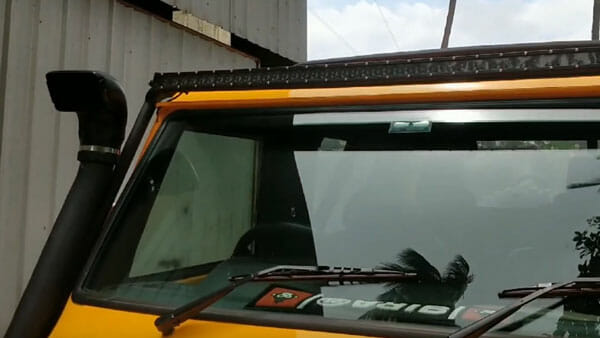 The spare wheel, as expected continues to be mounted on its original place, the tailgate. Another notable functional modification includes a roll-cage that is externally mounted to the SUV and is custom made to fit the truck. 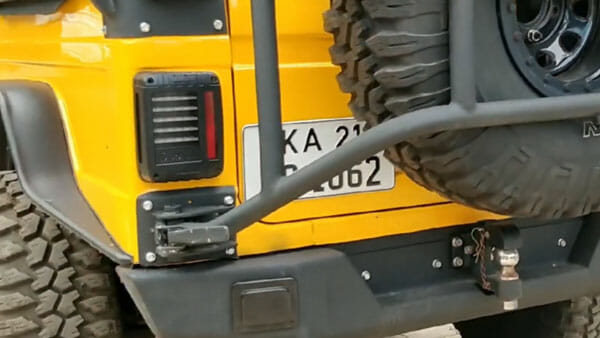 The side mirrors are said to be sourced from Toyota FJ Cruiser. The modified Bolero also gets powered footsteps that are sourced from AMP Research. They come out when the door is opened and help the rider tackle with the increase in ride height of this monstrous SUV. 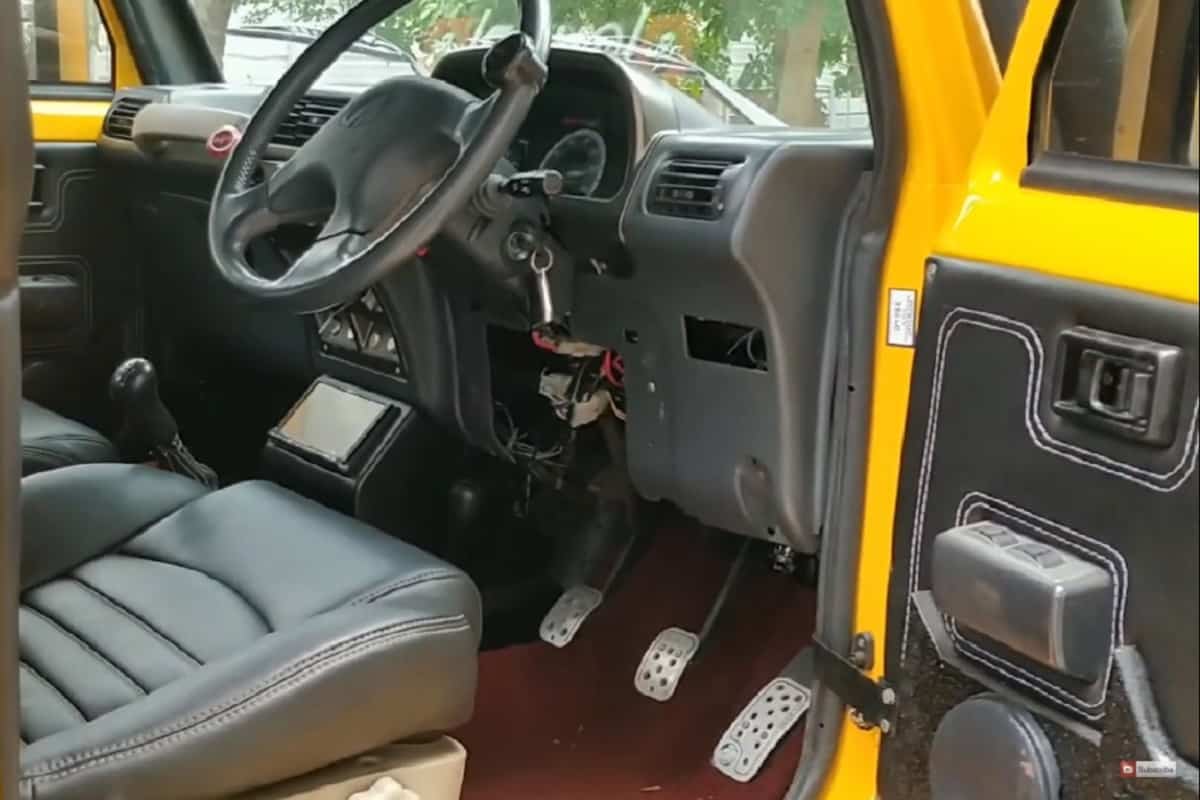 The SUV not only gets dual-tone colour on its exterior. This monster truck also gets a black upholstery with white contrast stitching across the cabin including door trims. It also features a touchscreen infotainment system placed in the middle in front of the gear lever, along with roof-mounted speakers and also a JBL tube-type subwoofer placed in between the rear seats. It also features a roof-mounted air-condition system offering to cool both front and rear passengers, while the SUV is drifting through the mud.

Beneath the hood, this modified Mahindra Bolero Invader gets a new heart, which is Scorpio’s turbo diesel engine. The regular suspension setup has also been replaced with the Ironman units, along with new K&N air filter and the intake has also been raised with the help of a snorkel for better water wading capacity.