Getting influenced by movies and performing dangerous stunts in real life without any supervision is a dangerous thing. When Rohit Shetty’s Ajay Devgn starrer ‘Singham’ first came out, a particular scene became very popular where Ajay Devgn is seen balancing himself on two parallel movie cars. Ajay Devgn played the role of a cop in ‘Singham’. The reason why we are talking about the movie and that particular stunt is that a cop from Madhya Pradesh attempted the same stunt and got himself fined in the process when the video of the same went viral on social media platforms.

The man in focus here is a sub-inspector named Manoj Kumar, positioned at Narsinghgarh Police Station in MP’s Damoh district. After getting inspired by the movie, he attempted the same stunt and got himself recorded on a video. That video, unsurprisingly went viral on social media. To complete the look and to further add some flare to a rather ‘sensational’ stunt, he is also seen wearing black shades and performing some ‘cool’ gestures. This daredevil act performed by the cop soon got the attention of his superiors and Inspector General of Sagar range, Anil Sharma issued instructions to Damoh Superintendent of Police Hemant Chauhan to investigate the matter. After the investigation was concluded, a fine of INR 5,000 was imposed and a warning was issued against him, barring him from performing any such acts in the future. The reason behind the whole investigation and the sub-inspector getting fined is that the officials concluded that such acts have the potential to influence the millennials in the wrong way.

Also read: Police Officer Rides A Honda Activa For 860 Kilometres To Chase A Call For Help 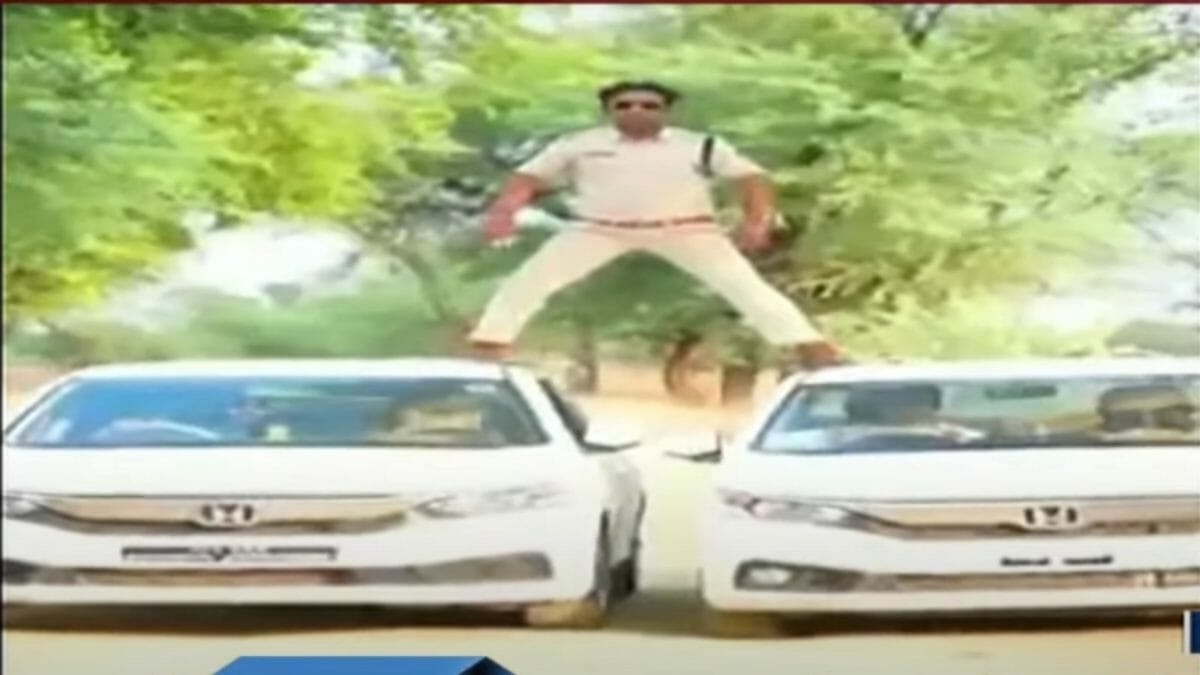 We should note that when it comes to movies, such acts are performed by stunt professionals and that too, under strict supervision. There’s logic behind the disclaimer which is issued whenever such stunts are showcased in movies. The disclaimer providently reads that one shouldn’t imitate such stunts in real life because it might prove to be fatal to one’s life and probably, prove to be dangerous to other people’s lives too. We too, urge our readers to refrain from getting influenced in the wrong way and imitate something which might prove dangerous.