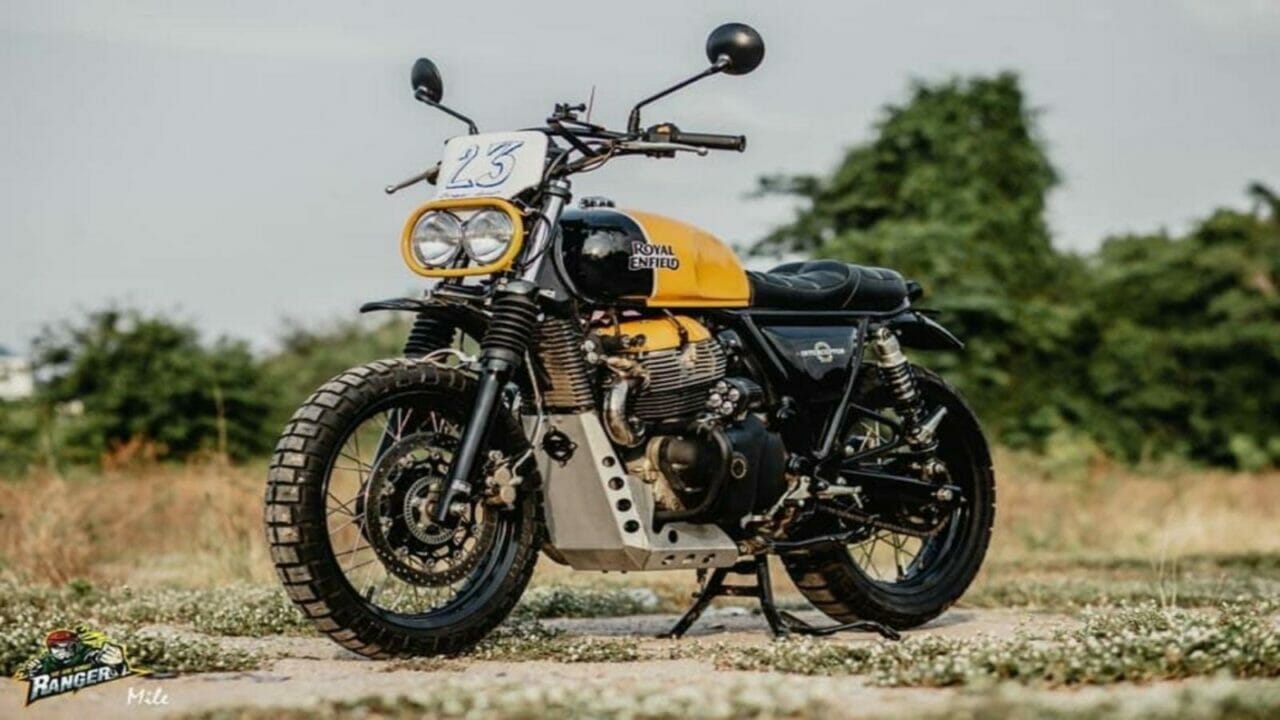 Royal Enfield’s 650 twins stood up on RE’s promise to develop motorcycles of international standards. The widely acclaimed twin-pot motor accompanied by the retro charm and no-nonsense appeal made motorcyclists around the world sing accolades of the 650 twins. It even became a go-to choice for international custom houses, all thanks to its minimalistic bodywork and retro charm. Ranger Korat, a Thailand-based custom house too tried their hands at customizing an Interceptor 650 and transformed it into this apocalypse ready Scrambler.

This brilliant custom job features chopped off the front and rear fenders which bring the Scrambler feels to life. It has been custom painted in bright yellow which goes really well with the blacked-out parts of the motorcycle. The front features twin headlamp setup with bright yellow housing and this is what makes it look like a perfect weapon to ride on during a zombie apocalypse. 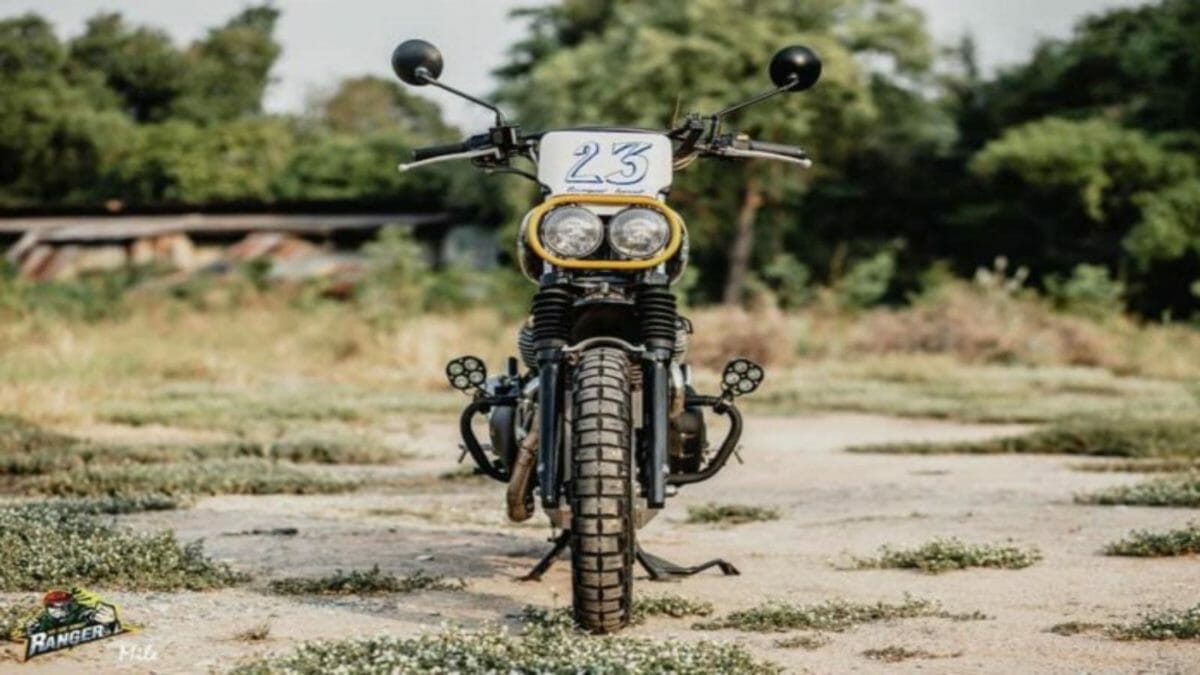 Additionally, the handlebar is also modified while the competition 23 number on the visor with Ranger Korat wording shows that the Interceptor can also be considered as a flat tracker. To enhance the illumination and the overall appeal of this customized motorcycle, they have also installed twin auxiliary lamps on the engine crash guard. The rear lacks grab rails, turn signals and comes with a tiny rear tail lamp. 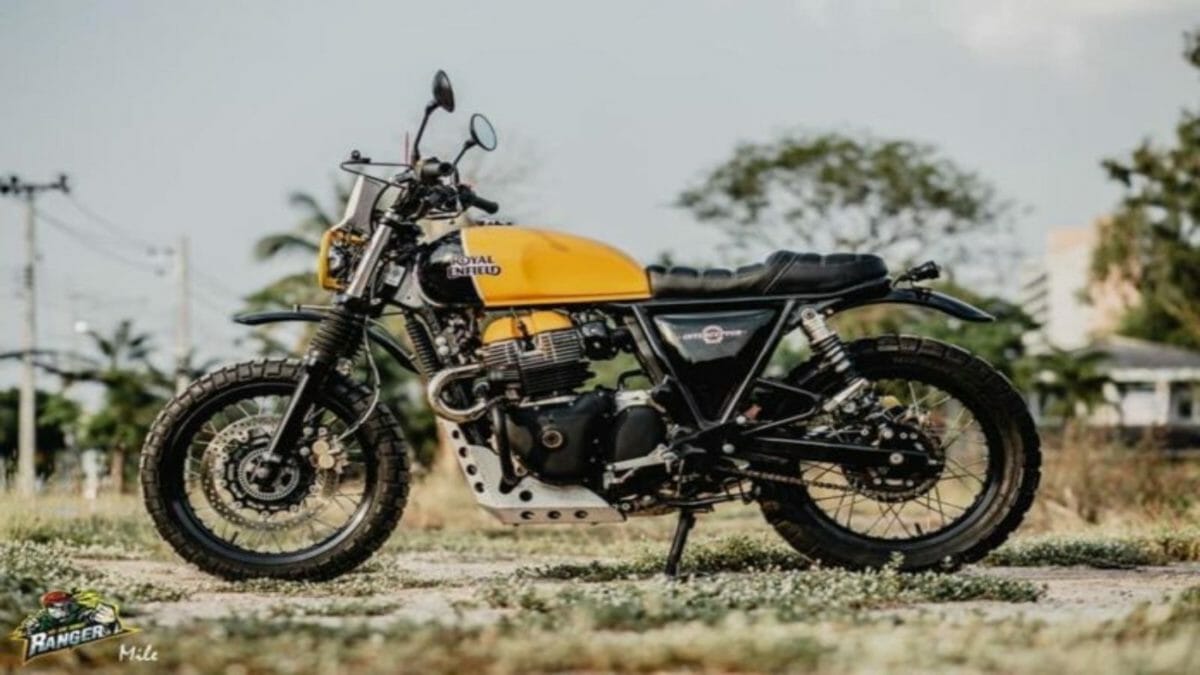 They have also included a custom handlebar and engine bash plate which looks raw, to say the least. The stock Pirelli tyres are replaced with studded tyres which appear to play the dual-purpose on- and off-road role. The stock seat has been done away with a custom setup with yellow stitching, matching the bright colour scheme of this custom Royal Enfield Interceptor 650. There is no word regarding the engine front so it is safe to assume that they haven’t fiddled around with the engine. In the stock trim, it makes 47 horsepower and 52 Nm of peak torque and is paired with a six-speed transmission. It gets dual-channel ABS and a slip assist clutch as well.