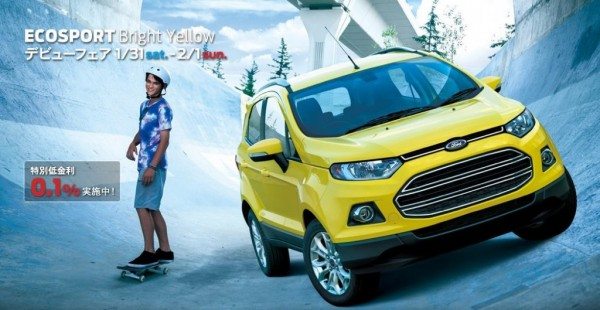 The Ford Ecosport might see it’s mildly updated second iteration roll out in May this year, sans a tail gate mounted spare wheel. However, to liven things up in Japan, Ford has gone ahead and launched a limited edition variant of the made in India Ecosport in the land of the rising sun. Capped at just 70 units, the Ecosport Special Edition is only available in the top-end Titanium trim, and  wears a School Bus Yellow paint-job, last seen in the Figo in India. Contrasting rear wheel cover and ORVMS can also be availed with a choice of 6 colors on offer. 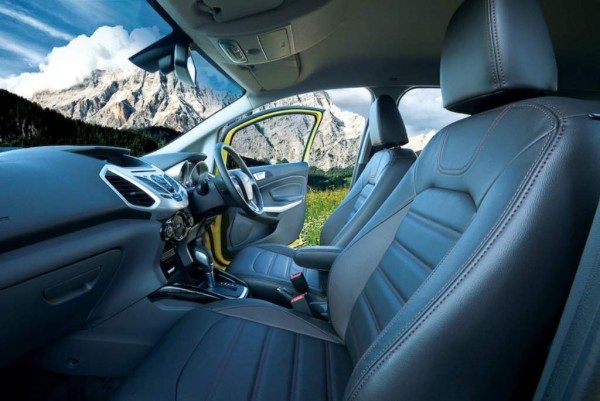 Inside, there are leather seats with contrast stitching, 6 speaker entertainment system with Ford SYNC as well as host of safety features including dual and side airbags, ABS, ESP, Brake Asist, Traction Control among others. Interestingly, for Japan, the Ford EcoSport measures 4195 mm in length as opposed to the Indian version’s sub 4-metre length to cut a slack in taxes, while the width remains the same at 1765 mm. The limited edition EcoSport in Japan is priced at 25,30,000 Yen (13.12 lakhs INR). 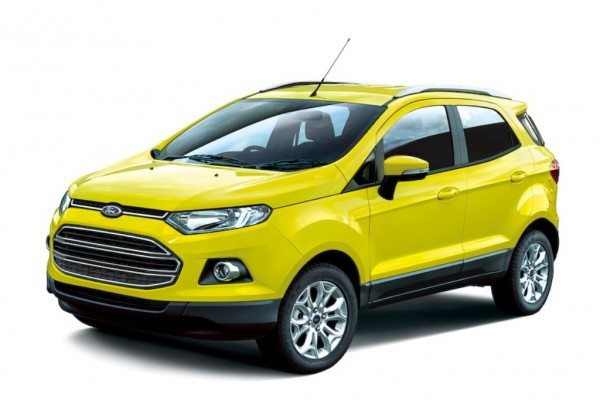