A success story in the books of Renault India, the Triber compact MPV has been introduced in South Africa. A unique concept, the new Renault has seen tremendous acceptance amongst a wide set of car buyers, with more than 28,000 Tribers already sold in India. After South Africa, the Renault will expand exports of the Triber to other parts of Africa, ASEAN and SAARC countries.

Commenting on this occasion, Mr Venkatram Mamillapalle, Country CEO & Managing Director, Renault India Operations, said, “Triber has already established itself as a breakthrough concept and has seen tremendous acceptance amongst a wide set of car buyers. With more than 28,000 Tribers already sold in India, we are proud to launch the Renault Triber in South Africa. We will continue this growth momentum and foresee potential growth and high demand from other African markets and ASEAN and SAARC countries alongside growing the TRIBER family in India.”

For India, in the coming months, the Renault Triber could benefit from the addition of an AMT gearbox and a turbocharged version of the current 1.0-litre naturally-aspirated motor which propels it. Late last year, the smart-looking MPV’s top-spec RxZ variant was upgraded with 15-inch wheels, replacing the 14-inch units which were offered earlier. The bigger wheels now come wrapped in 185/65 section rubber, compared to the 165/80 section tyres it came fitted with earlier. The upgraded wheels are still the steel-type though and 14″ alloy wheels continue to be optional.

The Renault Triber is offered in four trim levels – RxE, RxL, RxT and RxZ, each priced with a gap of INR 50,000 from the other. Prices start at INR 4.95 lakh for the base trim and go up to INR 6.53 lakh for the top-spec variant. Powering all variants is a petrol engine which is a 1.0-litre, naturally-aspirated, 3-cylinder unit which also powers the Kwid. In its pumped-up state of tune, the motor cranks out 72 HP and 92 Nm of torque, mated with a 5-speed manual gearbox. 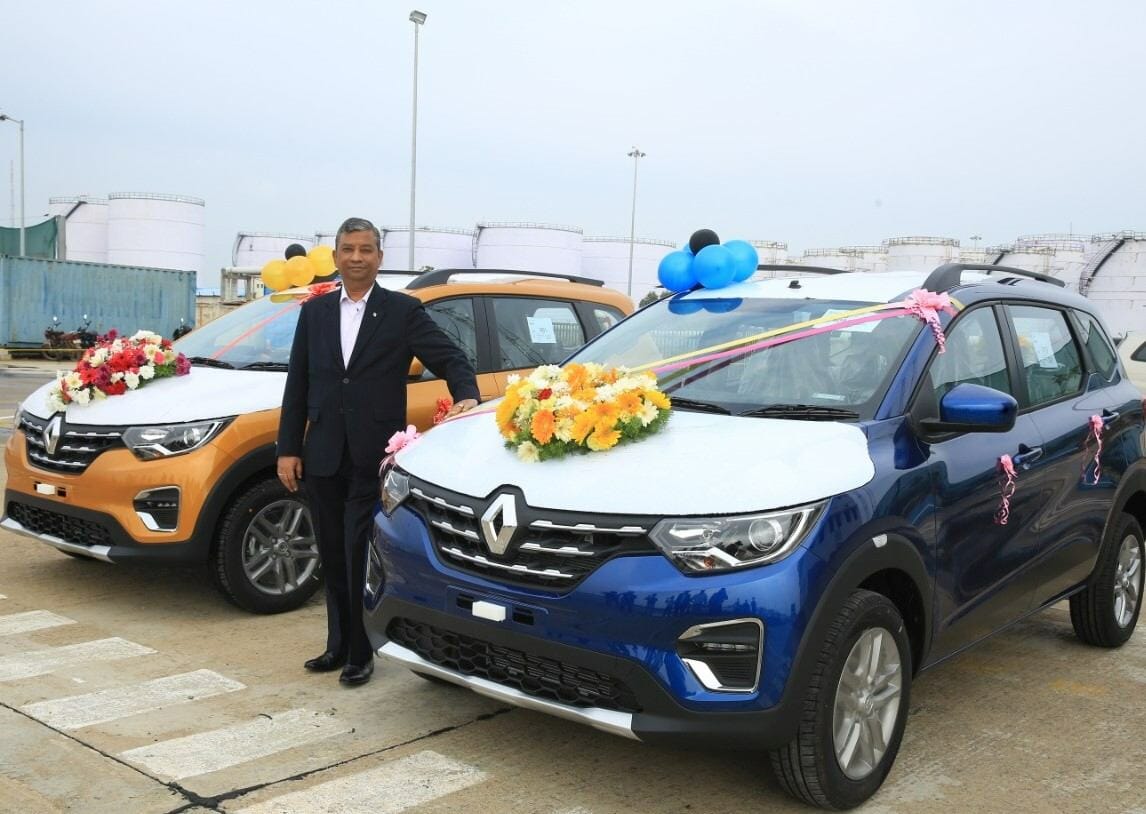 The car’s’ fuel economy has been rated for 20 km/l by ARAI. In terms of boot space, the Triber offers 84 litres with the third row up, and up to 625 litres with seats still in place for 5. Space is optimised with 100+ seating configurations and the main seat combinations feature four modes – the 5-seater Life Mode, the 7-seater Tribe Mode, the 4-seater Surf Mode and the 2-seater Camp Mode.