Home News Made in Dubai: The 5000 bhp Devel Sixteen Supercar 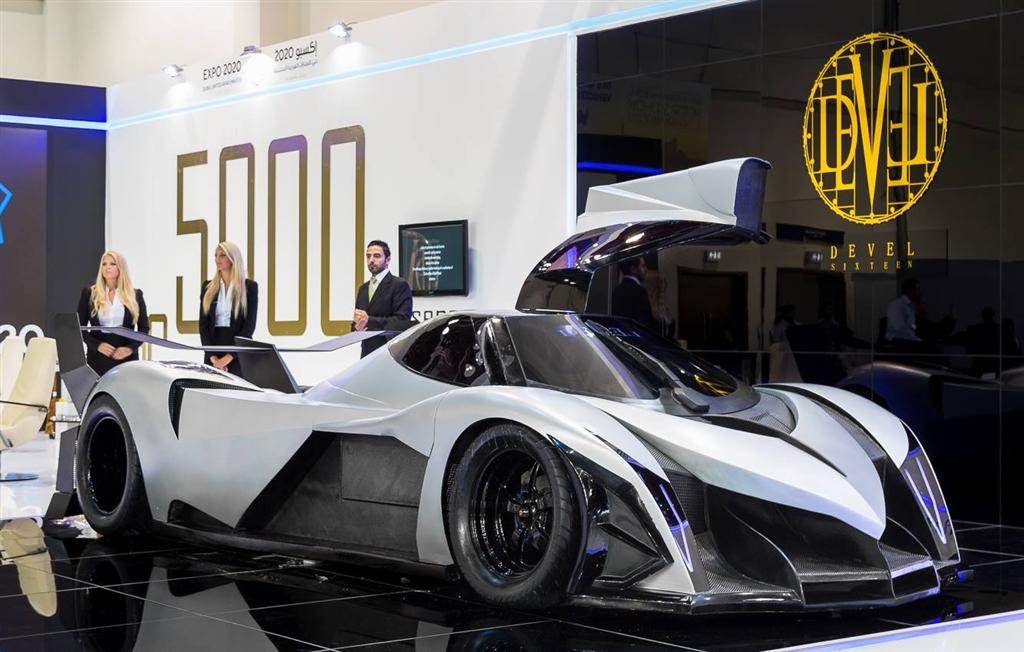 Though this news is certainly not hot off the press, but we felt a piece of engineering of this magnitude deserves a space on Motoroids.

Off late the Arabs seem to have caught the fancy of creating supercars in their own backyard. Earlier this year was the 740 bhp Lykan HyperSport priced at a staggering US$ 3.4 million ousting the even more powerful Bugatti Veyron Supersport on the price chart. If the horsepower numbers and the cost was something to be shocked about- here’s another creation from the land of the Arabs.

Say hello to the Devel Sixteen Supercar that instantly blows away most of the supercars on this planet- at least on the specifications chart. Powered by a quad-turbo V16 engine, the Devel Sixteen claims to produce an astounding 5000 bhp. Well, if you’re thinking how the powerhouse on 4 wheels would be able to perform in everyday driving conditions- the Devel Sixteen comes enabled with a “Street Mode” that fires up only 8 of its 16 cylinders and still produces..ahem- 800-900 bhp. Performance figures state a 0-100 kph sprint in 1.8 seconds with a top speed of 560 kph! 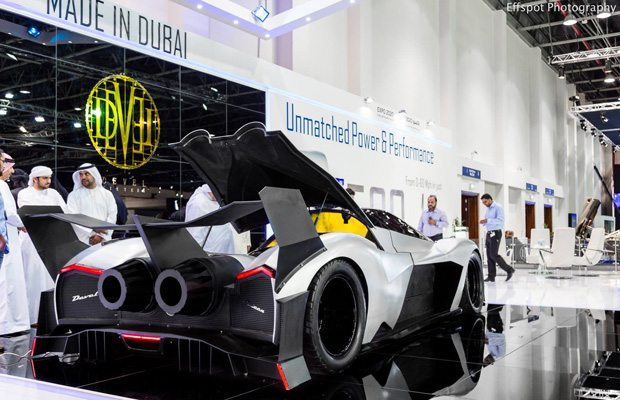 The Devel Sixteen Supercar was showcased at the 2013 Dubai Motorshow held last month and by the looks of it, we feel this might be the only piece- seems outrageous for a production effort. But then you never know- in a land where the police department boasts of an envious supercar lineup, this might just make it to the assembly line.