Home Features Living Dangerously: An Entire Nation On The Wrong Side

When something in our country isn’t done the right way, “lack of education” is often the reason which takes the blame. But do we ever stop to think, whatever happened to good old wisdom? Why is it that words like ‘Discipline’ and ‘Respect’, which people used to and still talk about, remain merely words? Has the rat race really taken over and erased the code in our brains which controls our survival instincts? Maybe it has. Why else would we be riding or driving on the opposite side of the road towards oncoming vehicles, like we’re suicidal, psychotic or just plain crazy? 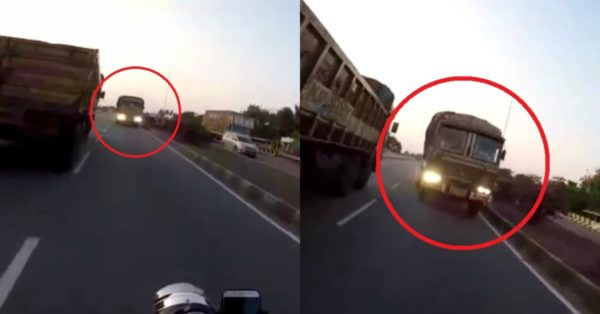 Why do we do it? Is it because for being a part of this everyday competition called “Life”, all we want to do is keep moving and never be stuck, whatever the cost! It could make a difference of maybe a few minutes if we stick to moving with the world, but no! We have to be ahead of the queue and the curve. We are so restless, we just don’t know there exists a word called ‘Patience’ and another one called ‘Courtesy’.

Also Read: Watch a Moron Ride on the WRONG Side, MIDDLE of a Highway, at SUICIDAL speeds 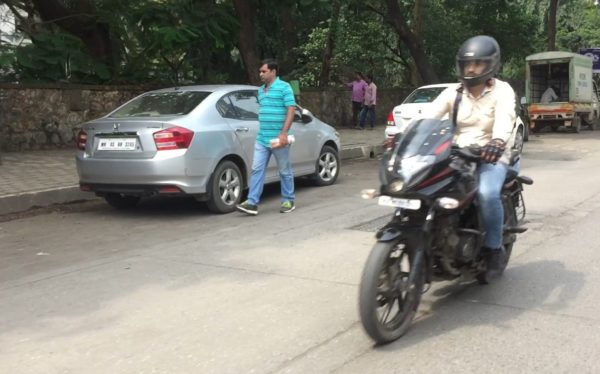 Some might say they have a genuine reason to skip the queue and face death head-on. But we doubt there exists a reason bigger than life. Which brings us to an ambulance situation. Since we don’t really pay heed to the emergency in the sound of its siren, and for the state of traffic and road discipline in our country, the last resort that van has is to jump onto the other side of the road. Think about it, whoever is battling for life inside, the chances of that person’s survival only go down. Not just that, if anyone on that side of the road makes the mistake of following traffic laws, forgets to look for hazards in the wrong direction, and gets picked up by the ambulance, there could be two or more people sharing the life saving equipment inside. 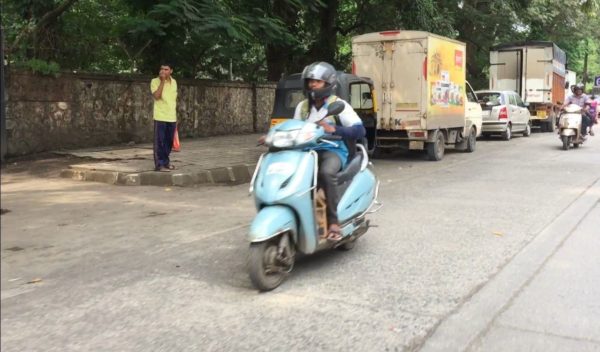 Some might say that the road and transportation infrastructure in all our cities is still playing catch up with the progress we’re making every where else. Leading to rush hour snarls which make people want to tear their hair out every day. Agreed. But isn’t reaching the place where we must be, better than not reaching there at all? Are we so stingy and pathetic that we choose to drive on the wrong side, just because we can’t drive our expensive cars for a couple kilometres more till the next intersection? 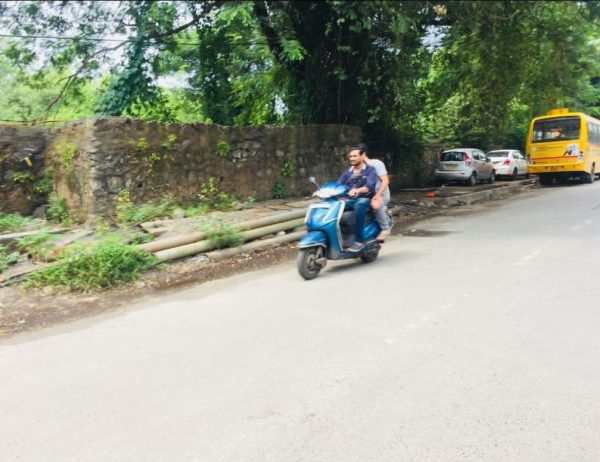 And the trouble is that this is happening all over the nation. We are riding/driving on sidewalks and on the wrong side of the road, like it is acceptable and a part of our driving culture. Like it’s normal. Nobody even blinks. Where are we trying to reach? And what are we making our next-generation learn? Is there a cure to this disease? Do we really have to take extreme measures, like installing one sided spikes or slapping the heaviest of fines or people, so that we learn? Are our lives and of those whom we call our own, really that cheap? Has the rat race really taken over our wisdom? Are we heading towards being smart and acting daft? The next time you decide to not follow the direction of traffic, think about it!