Some more images of the Yamaha mascot, for those who may be interested.. 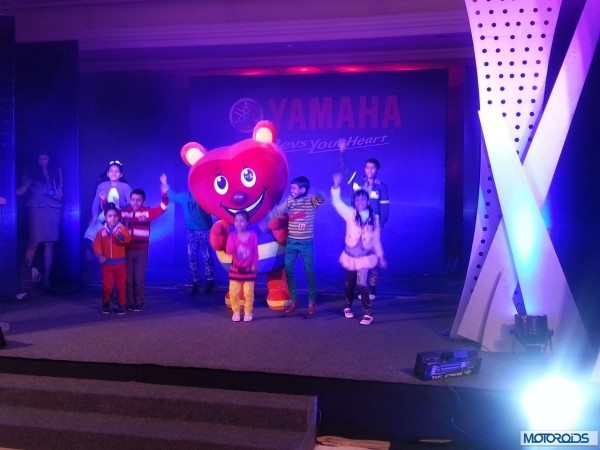 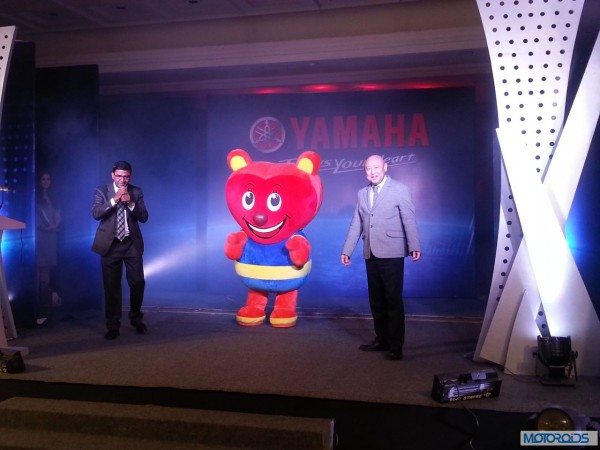 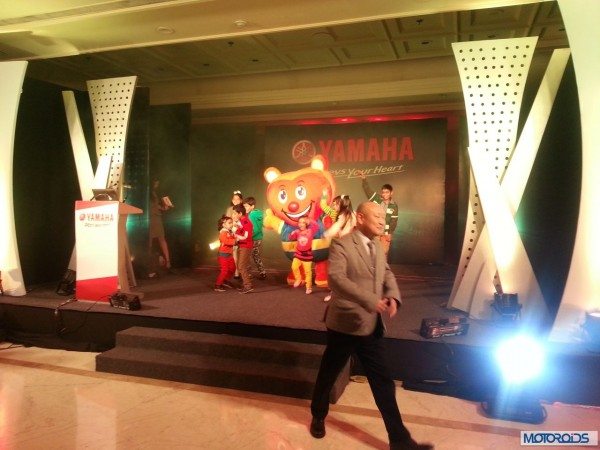 We support road safety among children by all means, but keeping an event like this secret is not a good ploy. Unless it was something really worthwhile, it should not have been kept secret. Yamaha will have to really convince journos to attend their ‘mystery’ events next time.

We hear that journos were flown in from different parts of the country for this event. I am sure they must be pulling their hair.

Essentially the event is about a Safety Awareness Programme for kids. No new products… mascot has been revealed, the name for which will be decided via a content for kids. Do we even need to tell you that we are as disappointed as you are? 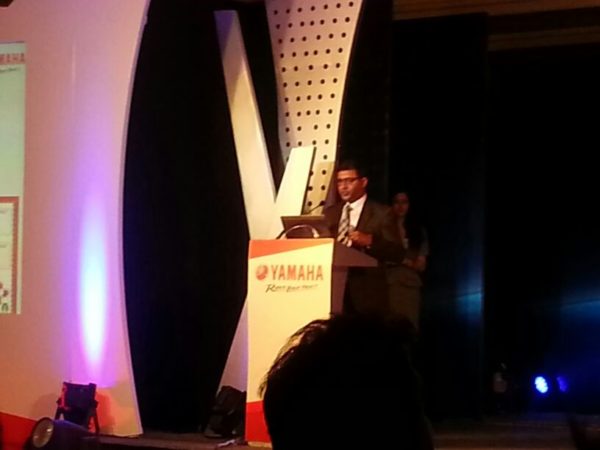 The name for the mascot has not been decided yet, and will finally be arrived upon via a contest for kids.

The mascot is apparently Yamaha’s brand ambassador for children.

The event is indeed about the launch of the teddy-bear like mascot you saw in the picture below. Sigh!

Well, seems like it’s not about a new product after all. The anticipation has fizzled out.

Mr Roy Kurian has taken the stage once again

It’s some safety with kids programme – no product?!!

We now have a dance happening on the stage with children and that cool looking mascot! 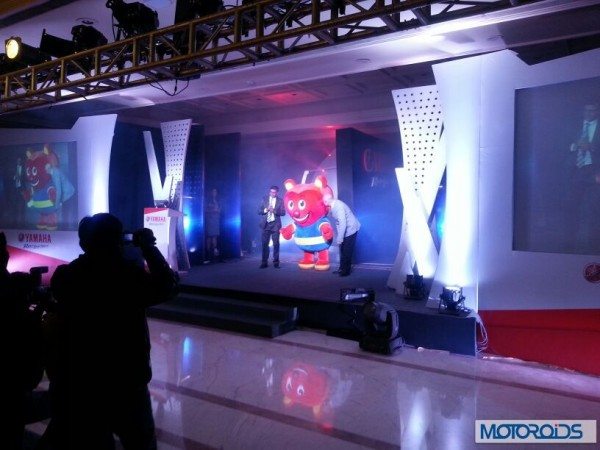 The discussion is about the family, is that a hint about something?

Update: We have reached the launch venue. Before we start reporting, we would like to know what you think could possibly be the new product?

We are reporting live from the Yamaha New Product launch event in New Delhi. The Japanese bike maker had sent us an invite some time back asking us to block our dates for the day, While no specific details are yet available about the product to be launched today, the rumor mill is abuzz with the talks of the company launching a new  scooter for the India market. There is a good possibility of these rumors being true, as the company has seen good sales results with its recently launched Ray and Ray Z scooters and would want to improve its foothold in the high growth scooter segment. 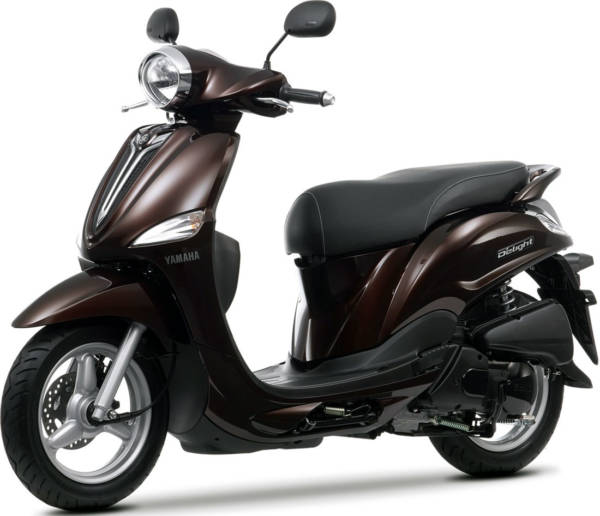 The new scooter could very well be the D’elight scooter with a 110cc engine. Sharing its engine capacity and power output the smaller sized and retro styled D’elight may be the new entry level scooter from Yamaha in India. Readers should know that the Honda Activa is the single largest selling two-wheeler models in India now, having displaced the Hero Splendor from the No.1 spot – which underlines the importance of the scooter segment for the Indian market. The new scooter would be an attempt by Yamaha to strengthen its volumes by expanding its portfolio in this segment, which still has good space for new players. 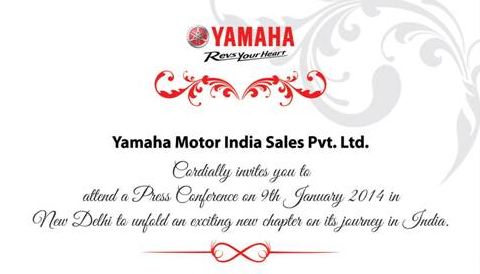 Yamaha may also introduce us to a new commuter or performance motorcycle, thought the chances of that happening are bleak. Whatever the new product is, count on us to bring you updates live from the launch events. Stay tuned!