The seatbelt often remains unticked in daily commute and travels. In fact, it is safe to say that the seatbelt is largely unacknowledged as a key safety device. In 2016 alone, startling 5,638 lives were claimed as a result of not wearing seatbelts in India (Source: Road Accident Report 2016, MoRTH). 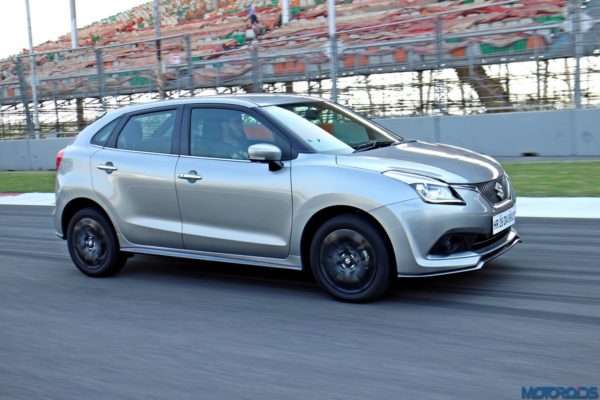 The top reasons why passenger vehicle drivers do not belt up are:

How many of us are aware that according to a clause in Chapter VI of The Central Motor Vehicles Act 1989, a fine of one thousand rupees can be levied on a driver not wearing seatbelt or carrying passengers not wearing seatbelts in his motor vehicle? 32% drivers cited weak legal enforcement as the key reason for not wearing a seat belt. In most parts of the country, except the driver, no other passenger buckles up. And, generally, that too with a fear of getting caught by the traffic police, and not for personal safety.

Wearing a seat belt is ‘shaan ke khilaf’, makes them look like a novice / unconfident driver. 23% respondents said they do not wear seat belt as it negatively impacts their image.

You want to wear the seatbelt, but afraid that it might crinkle your crisply ironed white shirt. 22% drivers said they chose not to fasten their seat belts for fear of ruining their clothes. 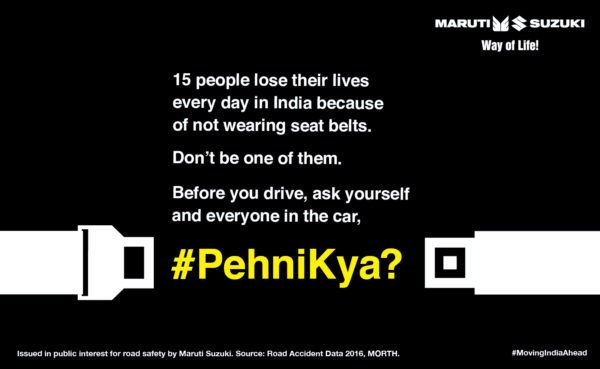 Do airbags make your car completely accident-proof? Absolutely NOT. A seatbelt, being a primary restraint system, is the first line of defense in all types of collisions; whereas airbags are designed to work with seatbelts and not replace them. 19% drivers sighted that they do not consider seatbelt as a significant safety device.

5. Influence from peer groups and family:

It is psychologically proven that we subconsciously imitate our peer group to fit into the social mould. This is amply demonstrated in the fact that 18% drivers follow suit of their friends and family and become suspects to lethal road accidents, which could have been prevented by a simple ‘click’.

How do we rectify this mindset and become more responsible citizens?

Let us make a conscious decision to belt-up, take the onus of educating our fellow commuters on the need for paying attention to this simple safety device and make a start from there. So, next time you travel or drive in a passenger vehicle, do not forget to ask seat belt #PehniKya?