Mahindra & Mahindra’s upcoming MPV, codenamed the U321 has been spied once again. Mahindra has been testing this car out on the roads for quite a while now and with every photo or video which comes up on the internet, we can surely imagine how this car will certainly look like. 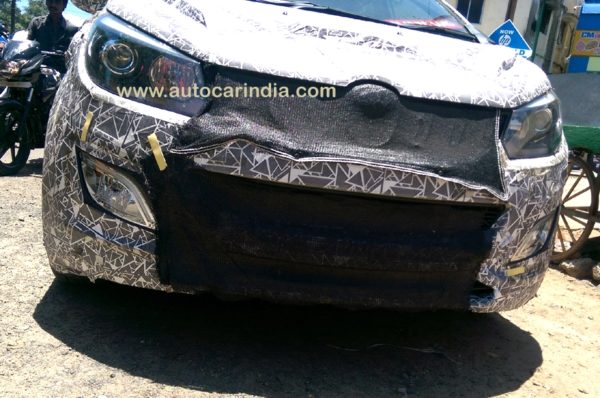 The Mahindra U321 will directly compete against the Toyota Innova Crysta. During early testing, the U321 was seen besides the Innova Crysta and from that, it is a given that the new MPV from Mahindra will come with a 7-seat format. This time, the shutterbugs have released a series of photos in which the interior of the car can be easily seen. The car is seen to have an all-black dashboard with a bit of piano black trim enhancing the unit. The steering wheel looks all new with audio controls and brushed aluminium. There’s a thin chrome line covering the AC vents which are placed right above the central console. Mahindra is aiming the car towards the high end of the strata which means, the car might come equipped with AC vents in all the three rows for better comfort. 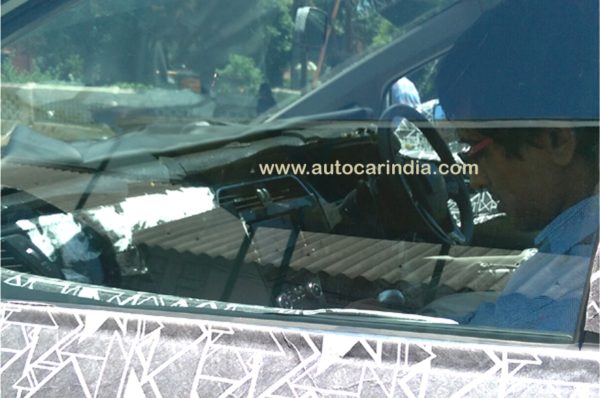 The central console consists of a large touchscreen infotainment system which might support a number different functions like GPS navigation and Android Auto to name a few. As per the images, the infotainment system, to some degree looks like the one they have in the XUV500.  There are two aluminium rotary knobs which we suppose are volume controls and climate control. 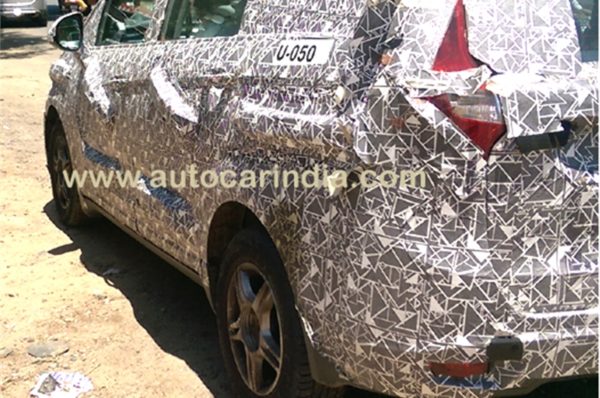 The U321 will be bigger than the Xylo and is expected to come with a host of premium features to compete against the Crysta. The MPV will most likely be powered by a 2.2litre Mhawk engine producing 140bhp and 330Nm of torque with some minor changes or an all-new 1.6litre mfalcon turbo diesel engine. With Tata going pretty well with the new Hexa and the segment Conqueror, the Toyota Innova Crysta which is already ahead in the game, the U321 has a ton of expectations riding on its shoulders.