The Volkswagen T-Roc compact SUV made a stunning debut at the Frankfurt Auto Expo. The T-Roc sits below its elder sibling, the Tiguan and is underpinned by Volkswagen’s MQB (Modular Transverse Matrix) platform. The same platform is used in the 7th gen-Golf and the Audi Q2. In the international markets, the T-Roc will sit in between the Tiguan and the T-cross. In India, it will compete against the Renault Duster, Tata Hexa, and the newly launched Jeep Compass.

The new Volkswagen T-Roc will be available in three trims i.e. standard, sport and style. While the T-Roc ‘Style’ is characterised by exclusive touches such as the interior’s decorative panels available in a choice of four colours, the focus in the case of the T-Roc ‘Sport’ is on sporty features such as the standard sport comfort seats. 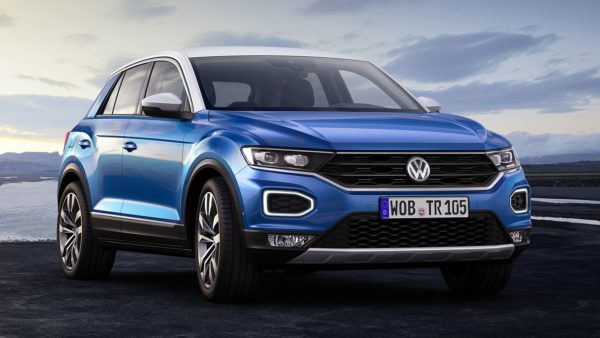 The T-Roc dons a coupe like roof. There’s a sense of familiarity when it comes to the front end of the car with the wide chrome grille and a big Volkswagen badge along with lean headlamps on either ends, something that we’ve seen on the Tiguan. Little has changed between the concept version and the production version of the car. Top spec models offer the advanced LED headlamps, which can automatically detect an oncoming car and adjusts the amount of light so that the driver on the other side does not suffer inconvenience.

The interiors remarkably resemble the latest Golf although the T-Roc features dual-tone design which spreads across the cabin from the doors to the central console. The T-roc comes with a 6.5-inch infotainment system but there’s an optional 8-inch unit which boasts Android Auto and Apple Car Play, satellite navigation system, news, weather forecast, petrol pumps and parking space. Volkswagen is offering a 300-watt eight-channel Bose sound system which will be available as an optional extra. The boot space is rated at 445 liters, which can be further expanded to 1,290 liters with the rear seats folded. 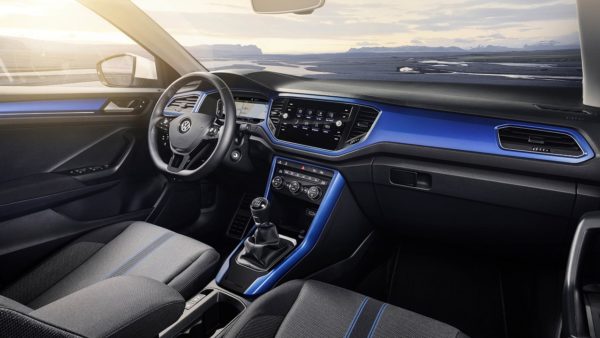 Mechanically, the T-Roc comes with 3 diesel, and 3 petrol engine options, with the power figures ranging from 113 bhp, all the way up to 197 bhp. The entry level petrol powered car is equipped with the standard 1.0 TSI turbo engine. The other two options available are the new 1.5 TSI Evo, which produces 148 bhp and a 2.0 TSI with a staggering 197 bhp of output. As for the diesel powered variants, the T-Roc gets a 1.6 TDI motor, producing 113bhp. Other options in the diesel variants are the 148 bhp TDI and the 197 bhp range topper. The entry level engines come equipped with a manual gearbox while the top end variants get 4Motion all-wheel-drive and the latest 7 speed DSG transmission. Volkswagen is also considering an all-electric, high-performance version of the T-Roc that is expected to produce more than 200bhp.

Even the ‘T-Roc’ base version comes with high-tech systems such as Front Assist area monitoring with City Emergency Braking and Pedestrian Monitoring, the Automatic Post-Collision Braking System and the lane keeping system Lane Assist. Also part of the base specification are details such as air conditioning, the Composition Colour infotainment system, LED tail light cluster, visual underbody guard (black) and LED daytime running lights in the bumper. 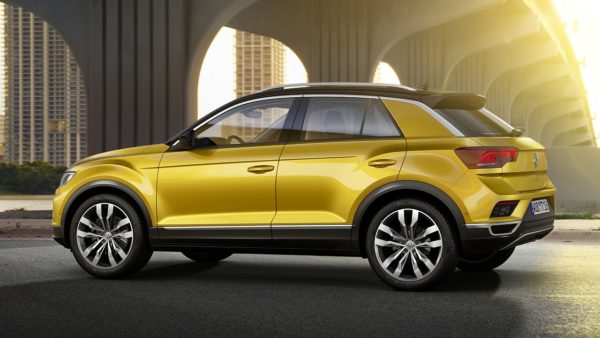 The Volkswagen T-Roc that was unveiled at the Frankfurt Motor Show is a Europe spec model and we’re not sure which of the aforementioned features will be available in the Indian market.