Automobili Lamborghini unveiled the Huracan Performante at the Geneva International Motor Show held this year. The Huracan Trofeo racecar inspired model created a record at the Nurburgring after completing a lap in 6:52 minutes, a full five seconds faster than the previous record holder, the Porsche 918 Spyder. 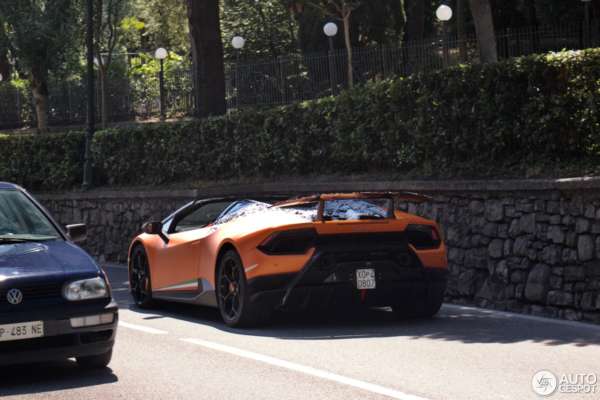 While most of the design details of the upcoming Huracan Performante Spyder are visible, what little the camouflage does seem to hide though is the engine bay area and the rear wing. The model in question also receives the same type of wheels as seen on the coupe variant. 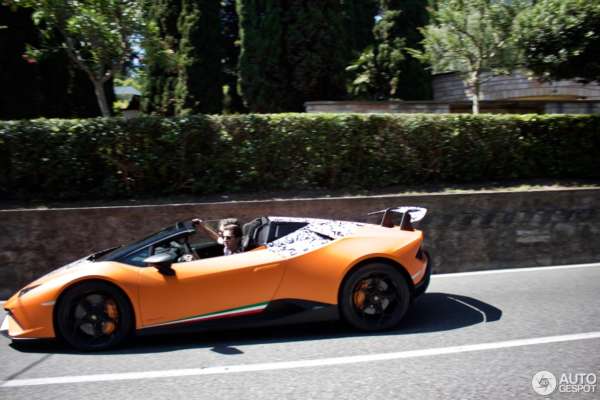 Although unconfirmed, it is believed that the Lamborghini Huracan Performante Spyder will come with a soft-top roof that will, just as the rest of the Huracan Spyders, take about 17 seconds to open or close. This also means that the roof mechanism can be operated up to speeds of 50 kmph. More details are likely to surface soon ahead of its launch that is said to take place later this year. Stay tuned for updates!