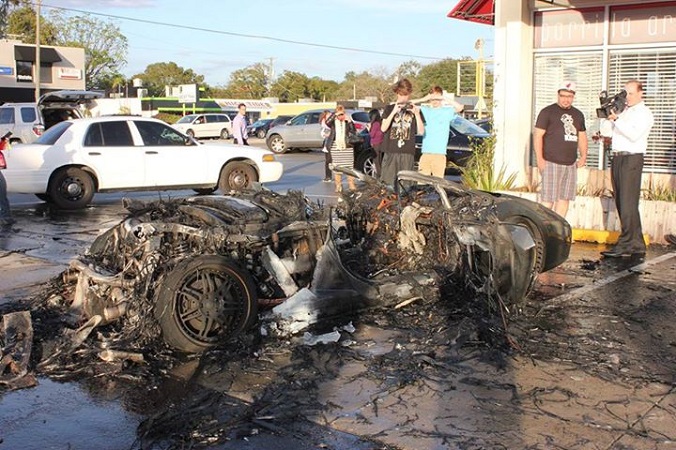 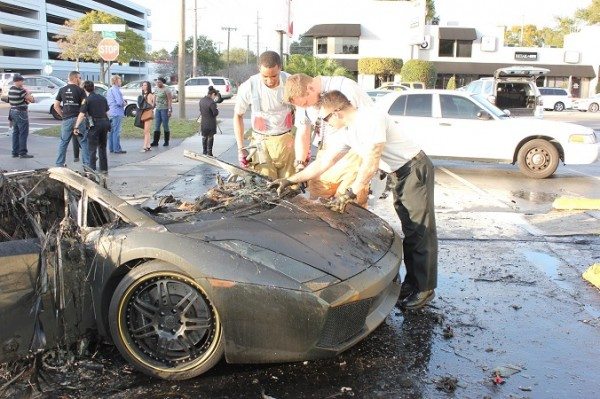 Maybe sulking that it is no longer in production, a depressed Lamborghini Gallardo managed to burn itself to the ground in Tampa, Florida. According to local authorities, it all started when a 32-year-old man, who wasn’t the owner of the car, was taking a test drive before bringing the Bull home, noticed some smoke emanating from the car. Just as he pulled over in the parking lot of a restaurant called Renzo’s, he noticed barbecue flames at the wrong place. The engine compartment at the rear was engulfed in flames and it didn’t take long before the Gallardo was reduced to charred remnants of a dream car. Investigators figured that the fire was a result of a failure in the engine compartment. Fortunately, no one was injured. 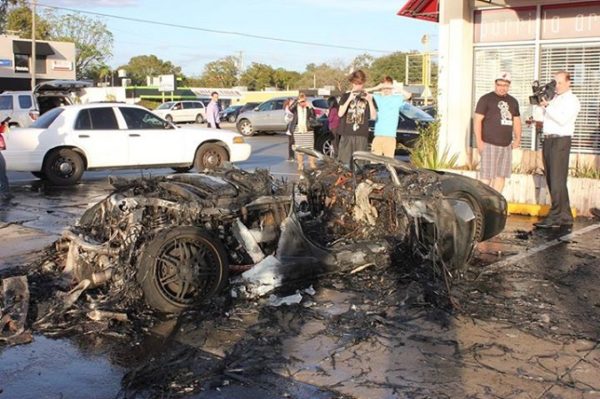 The Lamborghini Gallardo is a sports car built by Lamborghini from 2003 to 2013. It is Lamborghini’s best-selling model with 14,022 being built throughout its lifetime. On 25 November 2013, the last Lamborghini Gallardo, a LP 570-4 Spyder Performante with Rosso Mars body colour, was built at the Sant’Agata Bolognese factory, to be received by a private collector in the upcoming weeks.