Automobili Lamborghini has dropped the curtains for the Aventador S Roadster ahead of its world debut  at the 2017 Frankfurt Motor Show next week. The Italian sports car manufacturer has unveiled the model, finished in a shade of Blu Aegir, a paintjob from the company’s Ad Personam personalization programme. The shade, according to the house of the raging bull, is inspired by the peaceful turquoise ocean hiding an indomitable force beneath. 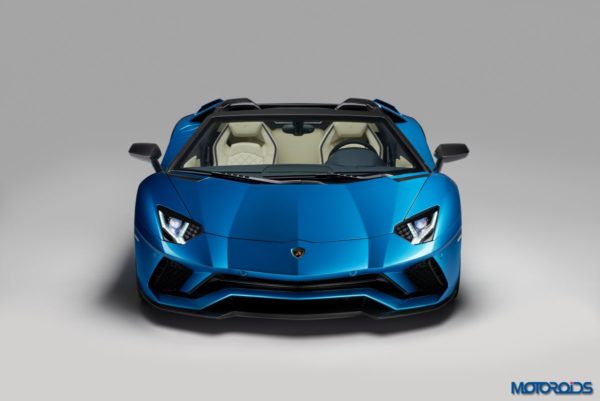 Lamborghini has extensively used carbon fibre on the Aventador S Roadster, some of which include front and rear bumper, side skirts, air intakes and outlets. The wing mirrors and windscreen frame are finished in high gloss carbon fibre. The most significant change to the model over the coupe variant is the removable hard top panel, which tips the scales at less than six kgs. The roof comes finished in matte black carbon fibre as standard while customers can also choose from other specifications such as high gloss black and shiny visible carbon fibre apart from the vast custom personalization options.

The Lamborghini Aventador S Roadster also features a rear window that is electrically operated at the push of a button for drivers wanting to hear the beat of the V12 powerplant. An engine bridge runs from the back window to the rear and is offered in a mix of body color and matte black painted carbon fiber engine bonnet blades. Also on offer is a transparent option to show off the V12 engine within. 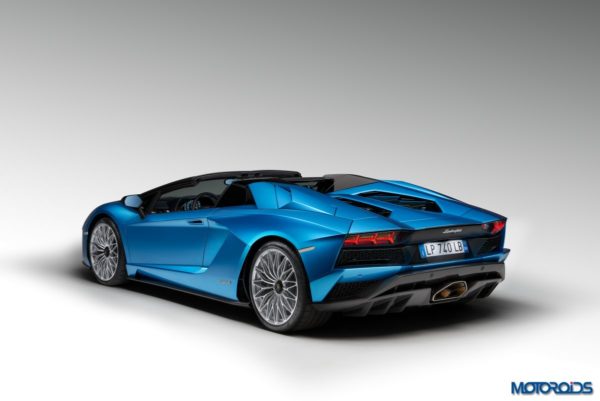 Complementing external colors, five interior configurations are offered, featuring leather and Alcantara in single and bi-color combinations and various stitching and trim choices. Further external and internal packages such as branding and carbon fibre are offered. The configuration internally demonstrates the potential of the Ad Personam program, using Blu Delphinus leather contrasted with Bianco Polar, with Blu Delphinus S-trim stripes on seats, doors and dashboard and even the floor mats in blue and white. 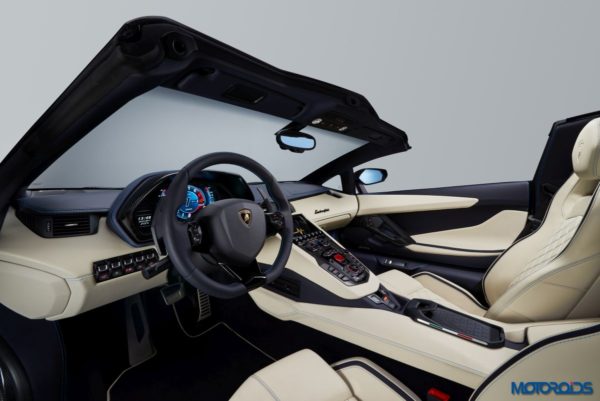 Firepower for the Lamborghini Aventador S Roadster comes from the same 6.5-litre NA V12 engine as seen on its coupe sibling. This engine produces 740 hp and 690 Nm of torque. Mated to a seven speed automatic transmission, the model can sprint from 0-100 kmph in just three seconds. A few other highlights of the Aventador S Roadster include four driving modes (Strada, Sport, Corsa and Ego), four wheel steering system (Lamborghini Rear Wheel Steering or LRS as the company calls it), carbon ceramic brakes and 21 inch wheels wrapped in Pirelli P Zero rubber.