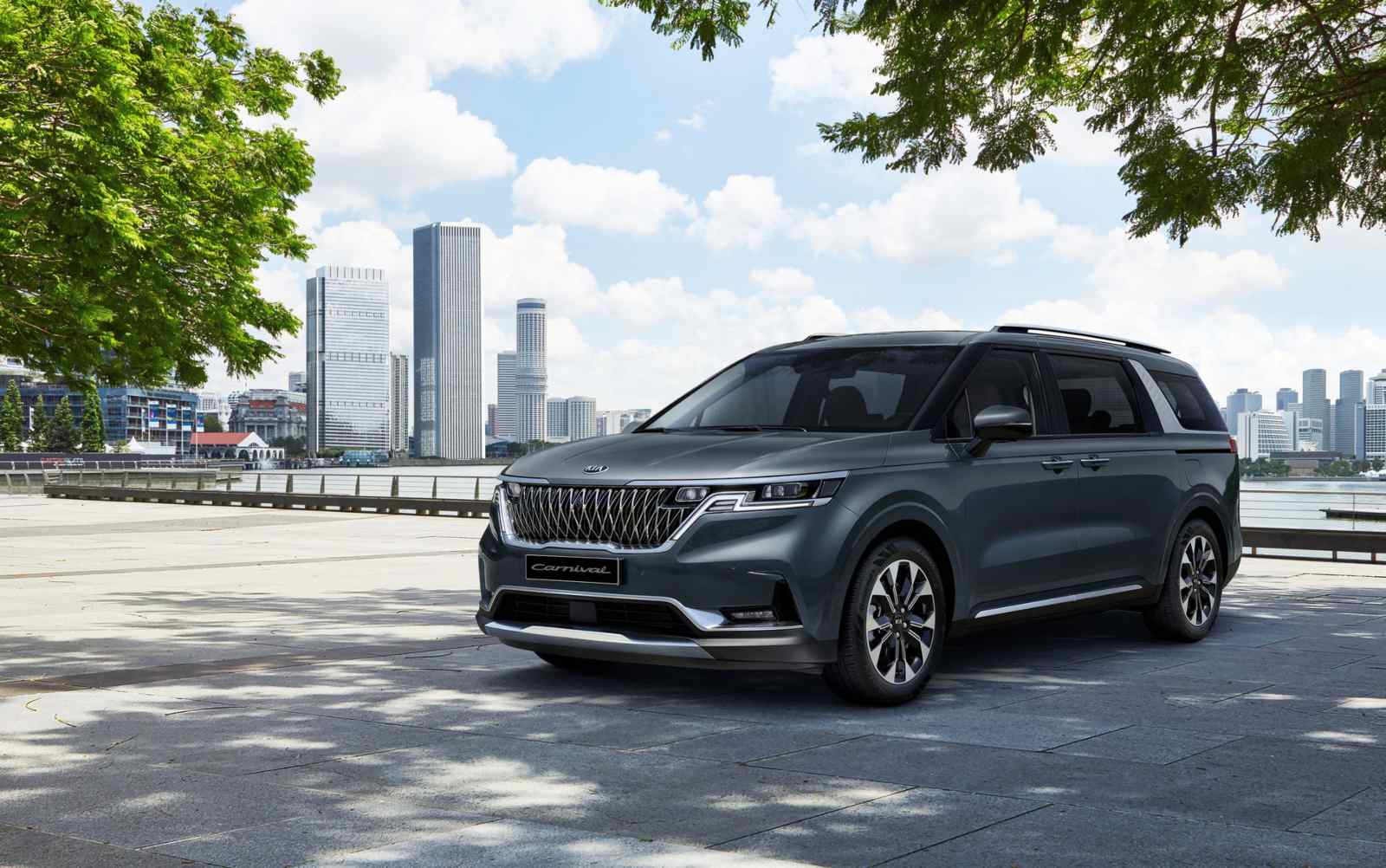 After teasing it some time back, Kia has now officially revealed the images of updated 2021 Carnival. The Carnival serves as Korean brand’s flagship MPV and was recently launched in India. We might have gotten it just a few months back but the current generation of the Carnival has been in production since 2014 in other countries. When you take a look at the other cars in their portfolio, you would realize that the current-gen Carnival feels dated. The other products in their portfolio sport sharper design elements and the new images suggest that the new Carnival has taken the same approach.

The sales of the MPV will start later this year. While it’s christened as Carnival in our country, it comes with a different badging with the name Sedona in other markets. Kia officially refers to the fourth-generation Carnival as a ‘Grand Utility Vehicle’ and its designers worked hard to give the minivan a more dynamic DNA. 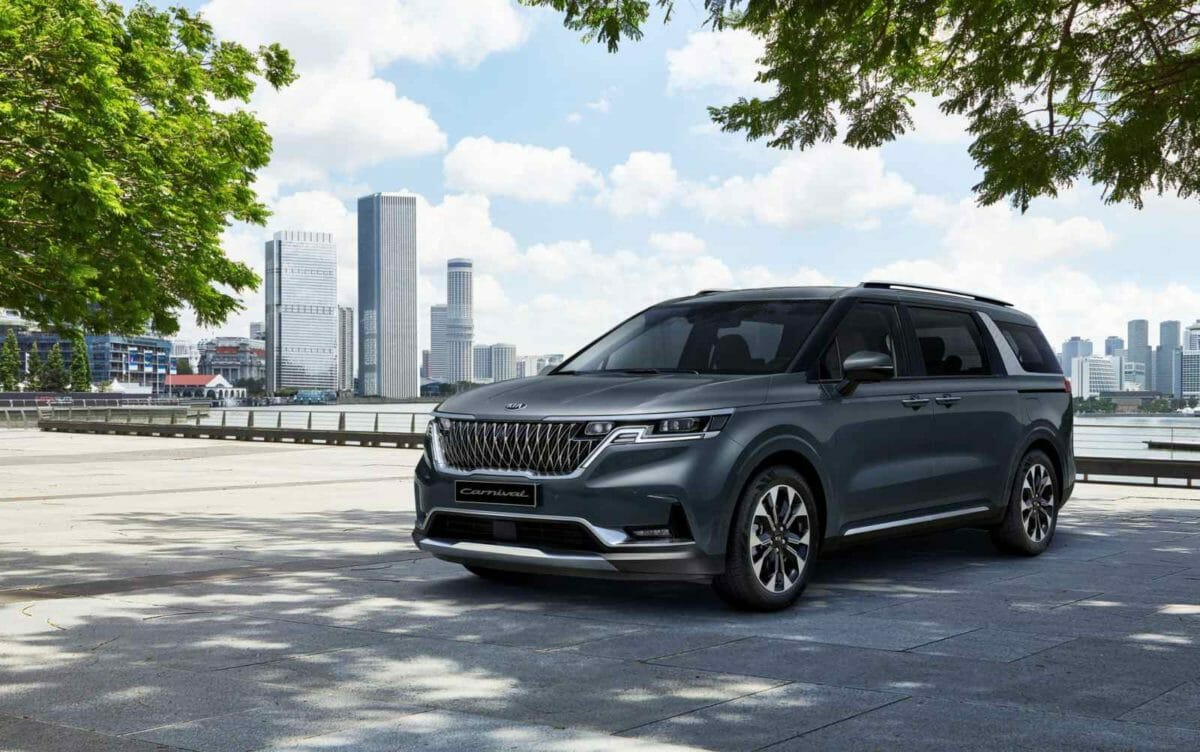 The design changes are radical and the new Carnival now looks in line with their other products. Starting from the changes to the front now, it features a shorter overhang and a longer hood. These changes were made possible by shifting the A-pillar backwards. Also seen is the company’s ‘tiger-nose’ front grille as well as angular headlights and incorporated LED daytime running lights. Kia’s designers have dubbed this ‘symphonic architecture’, with the design of the front bringing together a range of detailed, technical features to create a sense of harmony and structural energy.

Its more ‘Dynamic DNA’ is further explained by a bold character line which runs along the length of the car, linking the front and rear lamps. Kia claims that they increased the wheelbase of the car and the changes are prominently visible when it is viewed from side-on. The same design philosophy has been carried over to the rear end as well of which, the main highlight is sleek taillights connected by a full-width LED light bar. The visual appeal is now more elegant than ever, thanks to a chrome accent that wraps around the base of the rear window and the rear side windows. 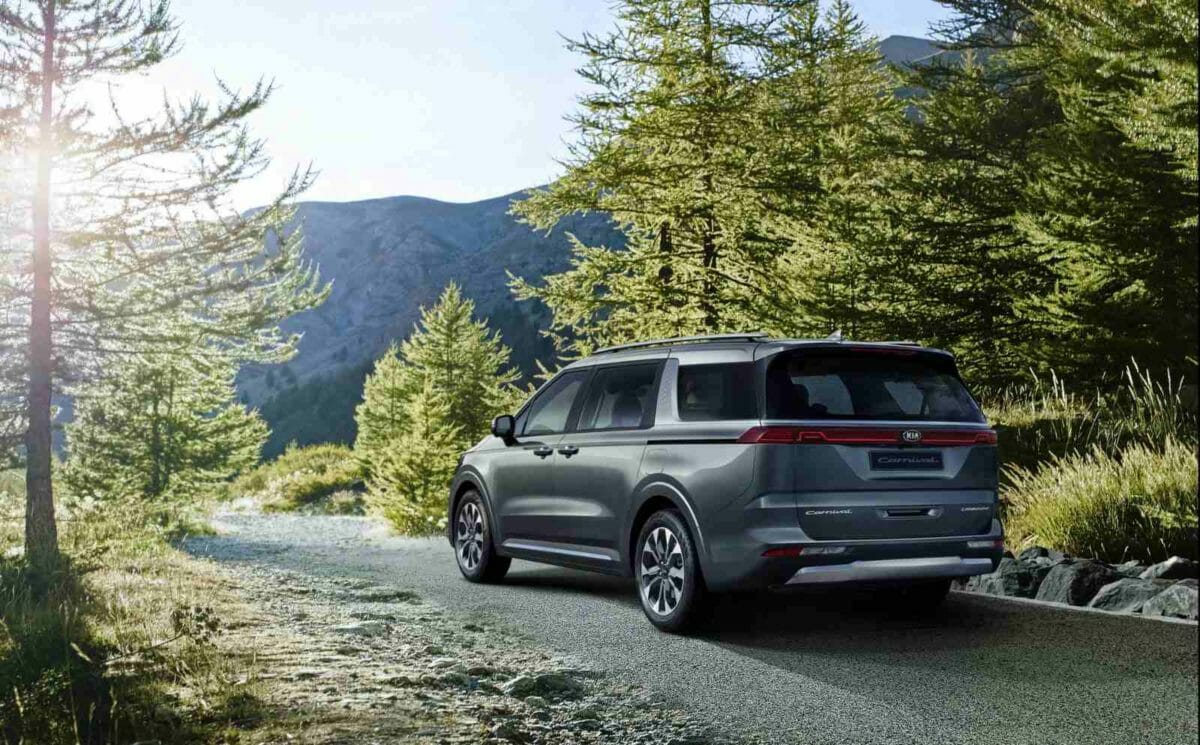 The Korean manufacturer hasn’t revealed any more details about the Carnival apart from these images. So we still have no concrete information regarding the cabin and its features or the powertrain options it will be offered in. Kia does say that the cabin will be more spacious than the outgoing model.

Also read: Kia Carnival Gets Rammed Into A Wall On Delivery Day [Video]

The current model of the Carnival is powered by a 2199cc four-cylinder common rail direct injection VGT diesel BS6 compliant engine. It develops 200 ps at 3,800 rpm and  440Nm of torque between 1500~2750 rpm, the engine is paired with Kia’s 8-speed Sportsmatic transmission. We expect the new model to come with an updated version of the same 2.2-litre diesel engine. It might also get the 2.5-litre turbo-petrol engine from the latest Kia Sorento which develops 280hp. Chances are, it will also get the 1.6-litre petrol hybrid engine.

Watch this space for more updates regarding the 2021 Kia Carnival.