Let’s face it, not everyone appreciates those rowdy, extra loud aftermarket exhausts on motorcycles and on top of the list (at least for me, personally) are the Royal Enfields. Luckily though, cops have started cracking down on these motorcycles.

Last year, we saw a Royal Enfield motorcycle being seized for being too loud. The incident took place in Jalgaon district of Maharashtra where the local law administrators seized the vehicle and let the motorcycle go only after the exhaust has been changed with the stock unit. 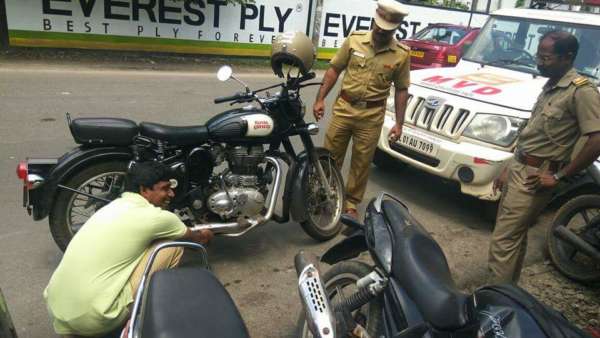 In latest news, it’s the Kerela police that are cracking down (quite literally) on these loud, aftermarket exhausts. Cops are continuously monitoring the streets and fining anyone with an illegal exhaust. Moreover, besides fining the culprits, cops are removing and breaking the illegal exhausts on the spot.

A photograph of the action taken by the cops has gone viral on social networking website, Facebook and we stumbled upon one courtesy Ajay Acharya. One can see the exhaust being removed and hammered by a hired mechanic. It’s an extreme measure but it’s about time something is done about these exhausts. 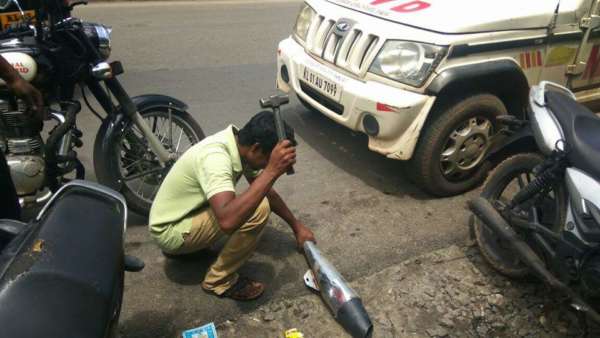 Do you agree with the measures taken by Kerela police? Let us know your views through the comments section below.