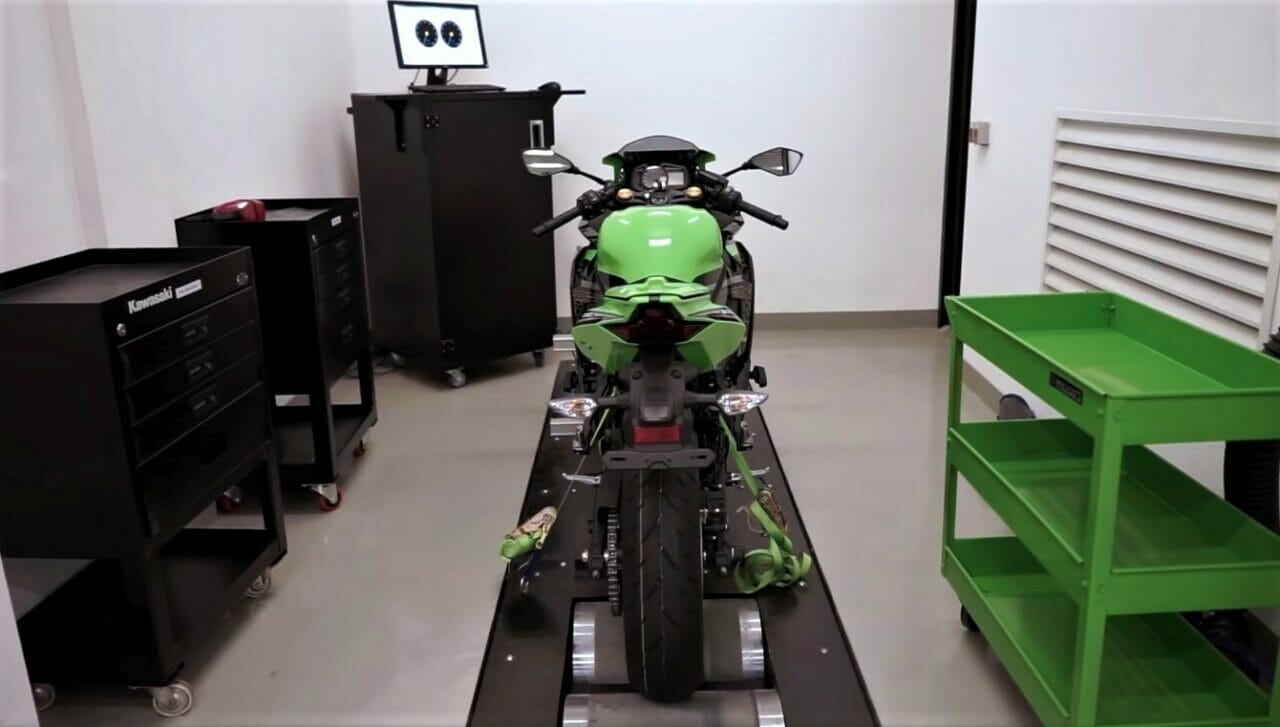 The Kawasaki ZX-25R has been the talk of the town ever since it was first unveiled. A quarter-litre four-cylinder sportsbike that revs up t0 17,000 rpm and has all the bells and whistles to be an ultimate track tool? Who wouldn’t be excited about it? Kawasaki though, all this while has kept mum about its performance figures. The power and torque output figures are out in the open now. Kawasaki hasn’t officially revealed but it was accidentally leaked by Slovenian exhaust system specialist Akrapovic.

Akrapovic reportedly posted dyno test results of the ZX-25R after they tested it with their aftermarket exhaust system. They did it to showcase the improvement in the performance figures of this monster of a motorcycle and later took down the post. The brand is offering two exhaust systems for the ZX-25R of which, only one is street-legal. The exhaust system will not only accentuate its aural symphony even further but will also provide a slight bump in power. 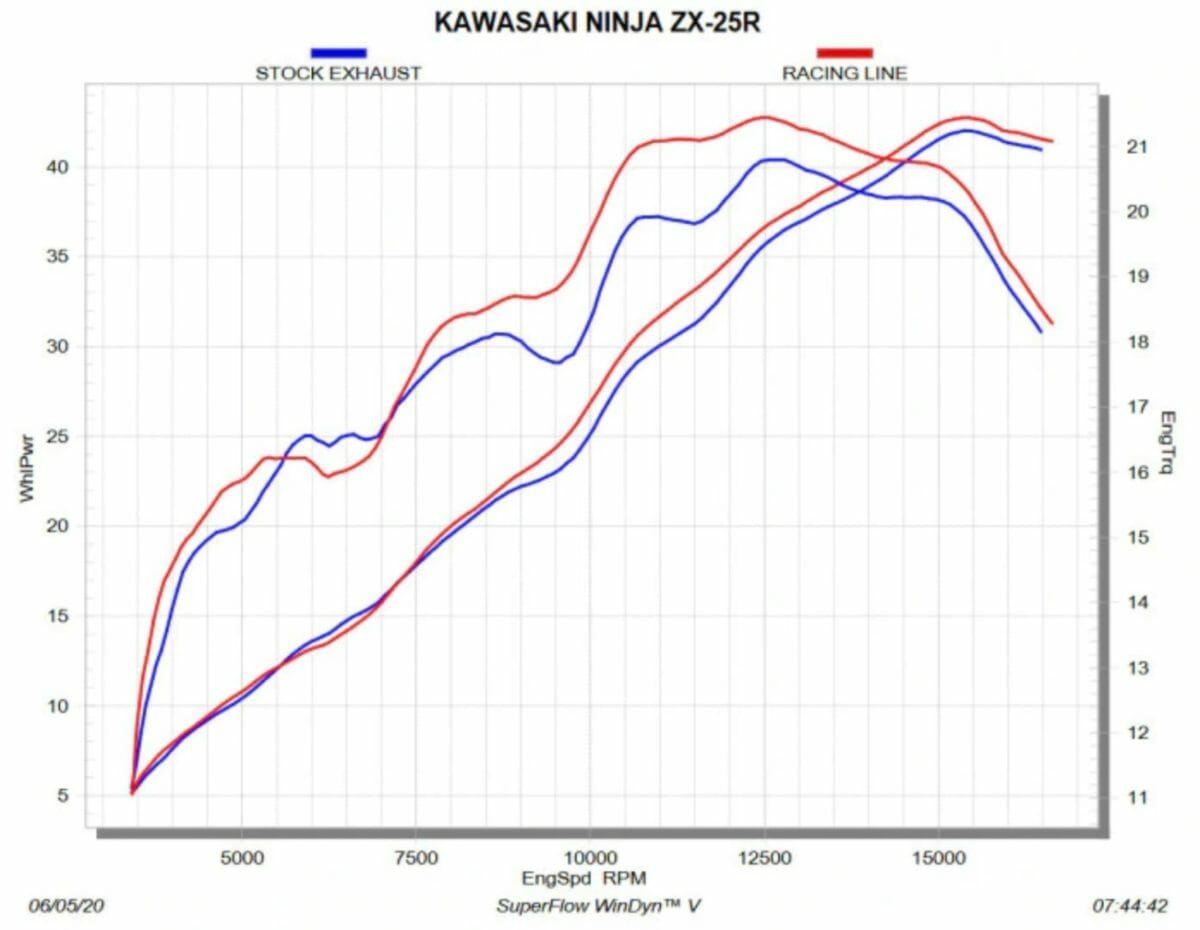 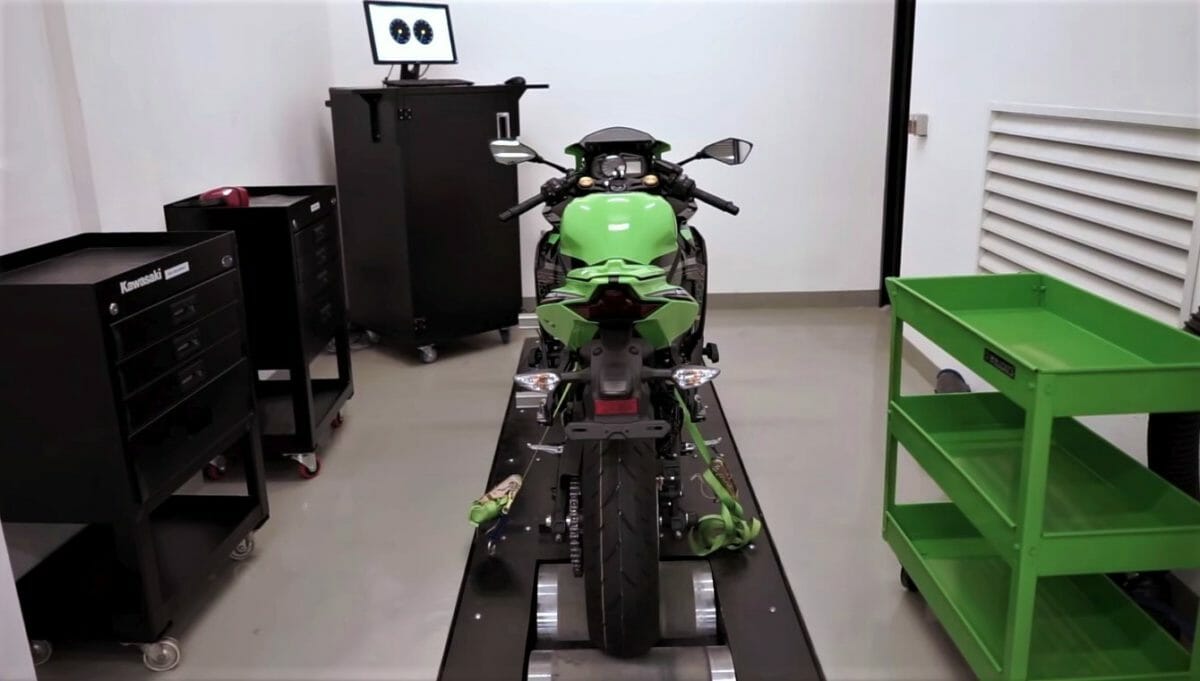 If we bring the above-stated fact into the equation, the ZX-25R will most likely make 45 PS at the crankshaft, making it more powerful than its rivals. In addition to this, the Akrapovic system is also 4.4kg lighter than the stock bike’s 8.9kg exhaust unit. Couple this with its already sprightly performance and we are in for a treat. Not us though, because most likely, the ZX-25R will not be landing on our shores anytime soon.

The Ninja ZX-25R is powered by a new 250cc, 4-cylinder, DOHC engine. While the company has confirmed that the engine can rev to over 17,000rpm, the final specifications are yet to be revealed. The engine is coupled with a 6-speed gearbox. The motorcycle comes equipped with race-inspired features such as Showa SFF Big Piston USD adjustable forks and horizontal backlink adjustable rear suspension to perform the shock absorption tasks. The safety net includes ABS, power modes and traction control system. The six-speed gearbox benefits from a quick shifter as standard. The ZX-25R also uses aluminium swingarm and a high-tensile steel chassis developed with learnings from the Ninja H2 and a monobloc calliper radially mounted dual-piston front brakes. 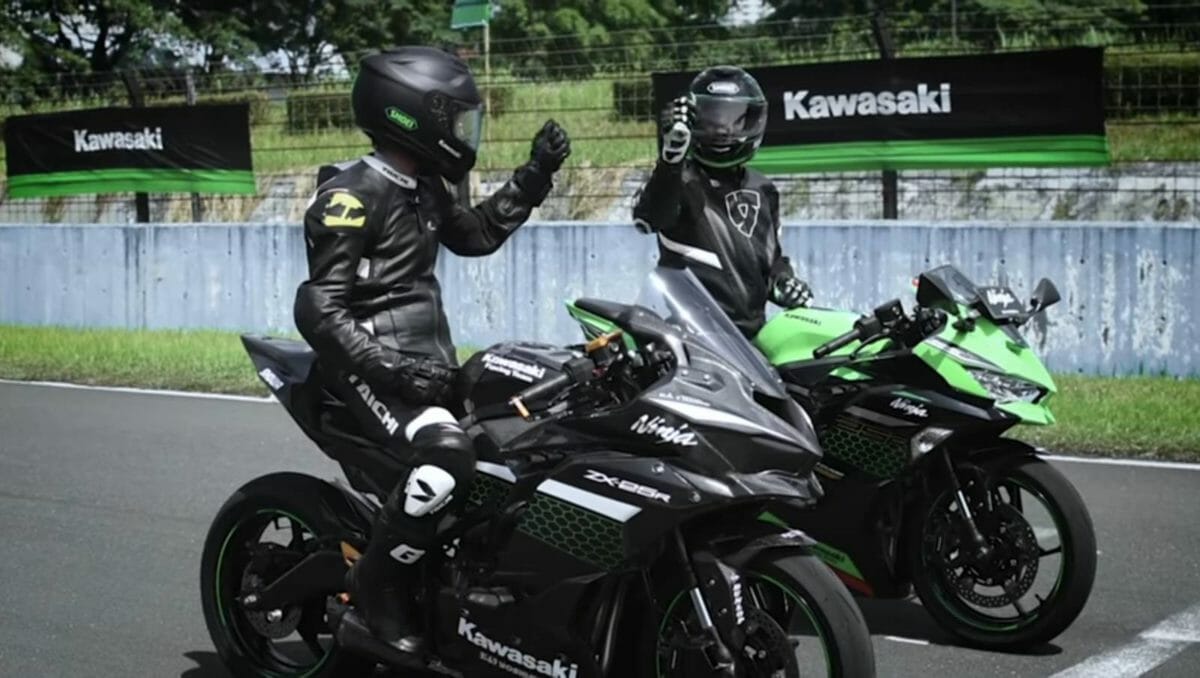 Kawasaki Indonesia recently unveiled their custom version of the ZX-25R doing the rounds at Sentul circuit. It features custom footpegs which are followed by clip-ons and then custom levers and protectors. Later on, they got rid of the standard bodywork and dressed it in expensive, carbon fibre panels. The expansive transformation includes the rear cowl, the front fender, the entire fairing assembly, fuel tank, belly pan and the chain guard. And as the final treatment, it received an aftermarket Yoshimura exhaust.