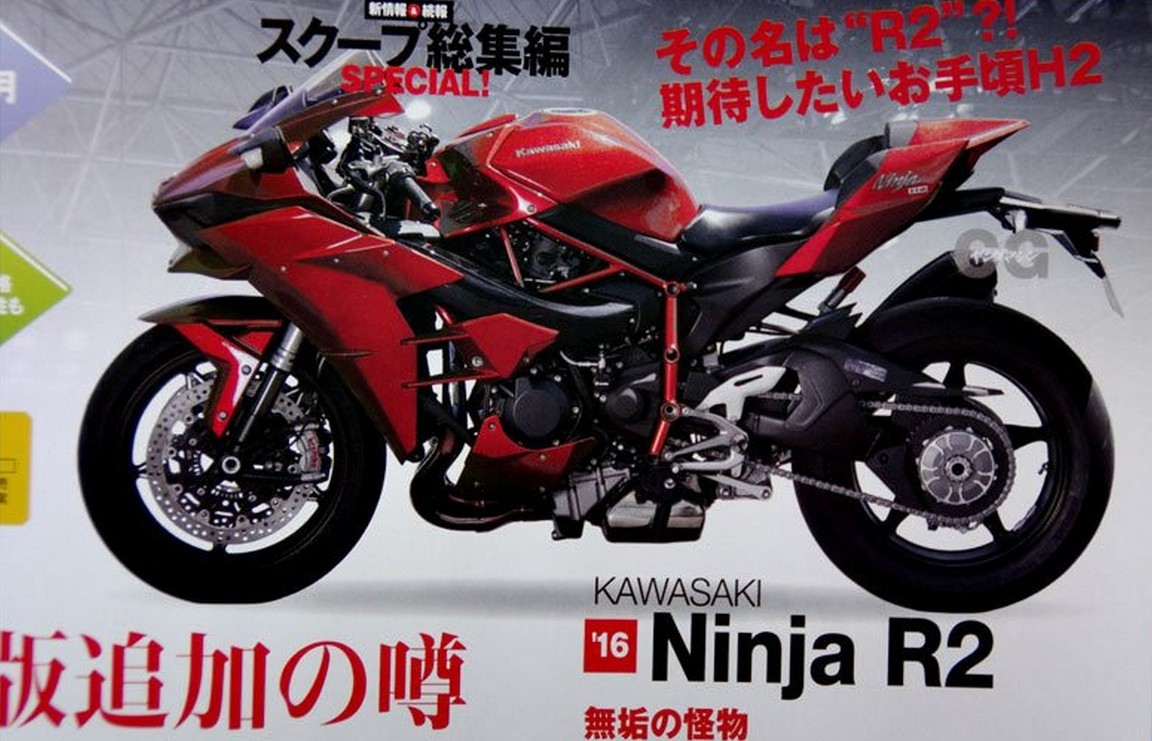 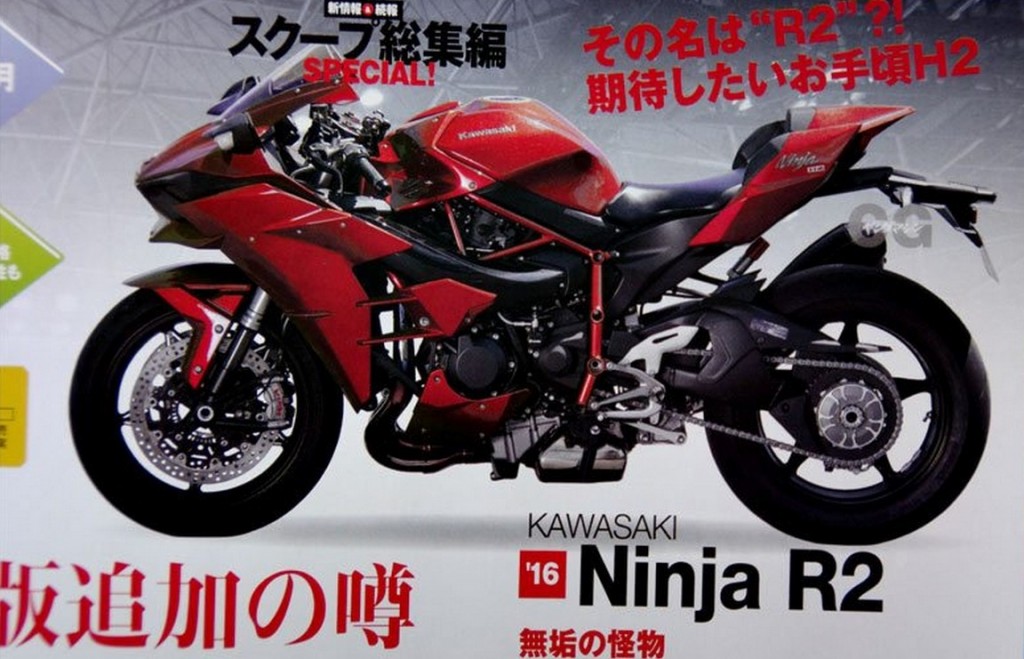 The folks at Young Magazine are back with yet another rumour and two new renders. This time around they bring out two artistically re-imagined Kawasaki motorcycles that would be propelled by supercharged engines while being relatively affordable. The Japanese automotive magazine has released new renders of two rumoured supercharged motorcycles – the Kawasaki Ninja R2 and Ninja S2.

The Kawasaki Ninja R2 resembles the Ninja H2 in almost every aspect and comes across as a red variant of the mirror paint finished supercharged motorcycle. That being said, the new Ninja R2 is rumoured to be an affordable supercharged motorcycle and is likely to carry a relatively cheaper price tag than the Ninja H2. Kawasaki has already trademarked the R2 nomenclature so a motorcycle with the same tag is confirmed to enter the market. However, we are not sure weather it will be a cheaper alternative to the Ninja H2 or something completely different altogether. 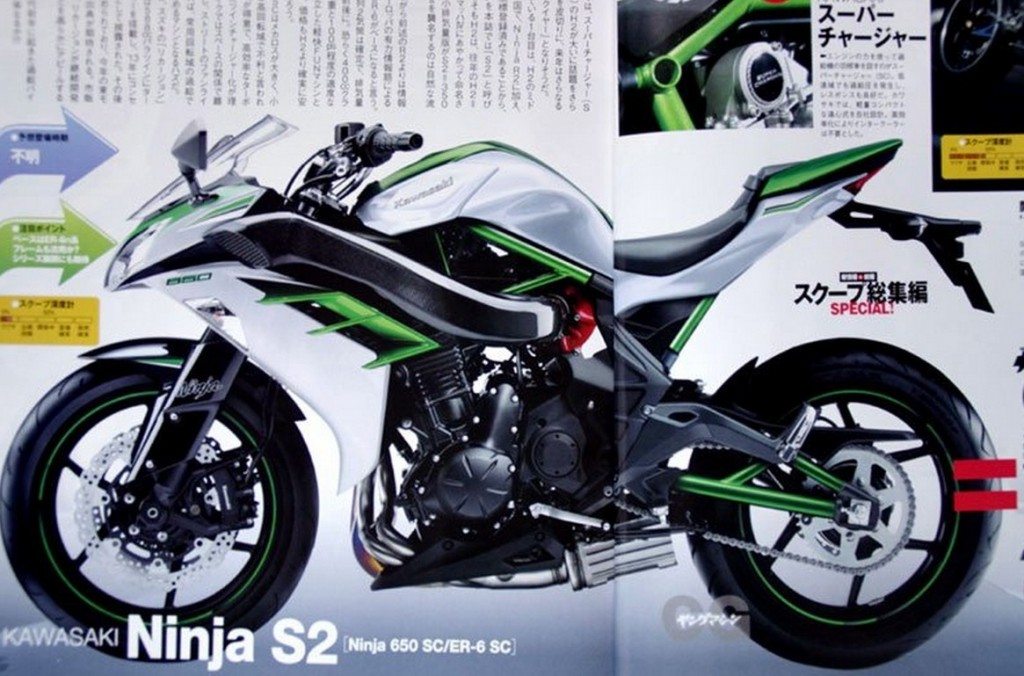 The second motorcycle that the folks at Young Machine are claiming to be on its way from the Japanese two-wheeler maker is a middle-weight motorcycle which will get a supercharged shot in the arm. Tagged as the S2, this rumoured motorcycle will be a middleweight supercharged motorcycle with a 600-650cc power plant and is likely to draw its design from the Ninja 650. A naked variant, based on the ER-6n is also rumoured to follow.

So are such motorcycles coming out in reality or is it just the imagination let loose on Photoshop? We believe some curious questions would be answered at the upcoming Tokyo Motor Show lined up at the end of this month. We would be covering the motoring event to get you latest updates so stay tuned for more information.