It is no secret that John Abraham loves his car and bikes. Like a proper petrolhead, he owns a number of exotic machines. From cars like the iconic Maruti Suzuki Gypsy and the ballistic Nissan GTR, to mean motorcycles like the Yamaha RD 350 and the Yamaha V-Max, all have a spot in his garage. He is often spotted taking his vehicles for a joy ride in the city of Mumbai. Maybe it is this love and passion he has for automobiles which has driven him to produce and star in a film, celebrating the iconic Isle of Man TT.

Will Bollywood take the Isle of Man TT to its largest ever audience? If Indian film legend @thejohnabraham has his way it certainly will!👏⁣ ⁣ John told us recently that filming starts in the Isle of Man this year to capture the unique atmosphere of road racing in the ‘Mecca of Motorcycling’👍🇮🇲⁣ ⁣ We’re going to be following this one with a lot of interest!🏍🎬⁣ (*swipe right for Part 2) ⁣ ⁣ #johnabraham @john___abraham___ #johnabrahamfan #johnabrahamfans #bollywood #bollywoodstar #india #isleofman #isleofmantt #iomttoriginal #iomtt #iom_tt #ttraces #tt #roadracing #movie #film #roadracingnews #dukevideo #motorcycle #star

In a short video, uploaded on Instagram account ‘iomttoriginal’ we see the actor talk about this upcoming movie. He says that he is doing a feature film on the Island on Man TT, expecting it to reach at least 250 to 300 million people all over the world. The actor also thanks the Duke and the government of the Isle of Man for letting him and his team shoot and helping them along the way. He continues to say that this is his own way of making those passionate about motorcycling, including himself, happy. In the process of filming, John hopes to attend a few races himself and meet all the racers involved. 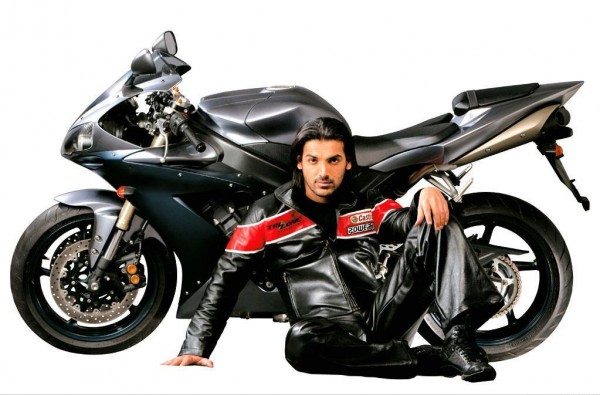 Every year, in the months of May and June, this tiny island, between England and Ireland transforms into the most challenging circuit in the world. A 38-mile circuit is carved out of the island’s public roads during these months where residents can see bikers going down at ridiculously high speeds, in the comfort of their own home. With the event going on for more than 100 years now, it is no surprise why the small island is called the Mecca of motorcycling. This is not the first time we will see the actor ride a bike in a movie. The iconic movie Dhoom, which was released back in 2004, saw the actor pilot the legendary Suzuki Hayabusa. Despite being a villain in the movie, the actor won the hearts of many. Moreover, the Superbike, Hayabusa too grew multiple folds in popularity in our country, with people affectionately calling it the Dhoom Bike.