Recently, brand Jawa organised an auction of a few motorcycles, under the #ForeverHeroes initiative. The first 13 motorcycles made by the brand went under the hammer, helping Jawa raise INR 1,49,25,000 from these 13 motorcycles. The entire amount received in the fundraising auction will be utilized towards education for the children of martyrs of the Indian Armed Forces. Held in Mumbai, this auction was conducted by Classic Legends, Jawa’s parent company and the Kendriya Sainik Board, Ministry of Defence (Government of India). At this same event, there was a group of war veterans present, which was known by the name of Hell’s Angels back in the day. 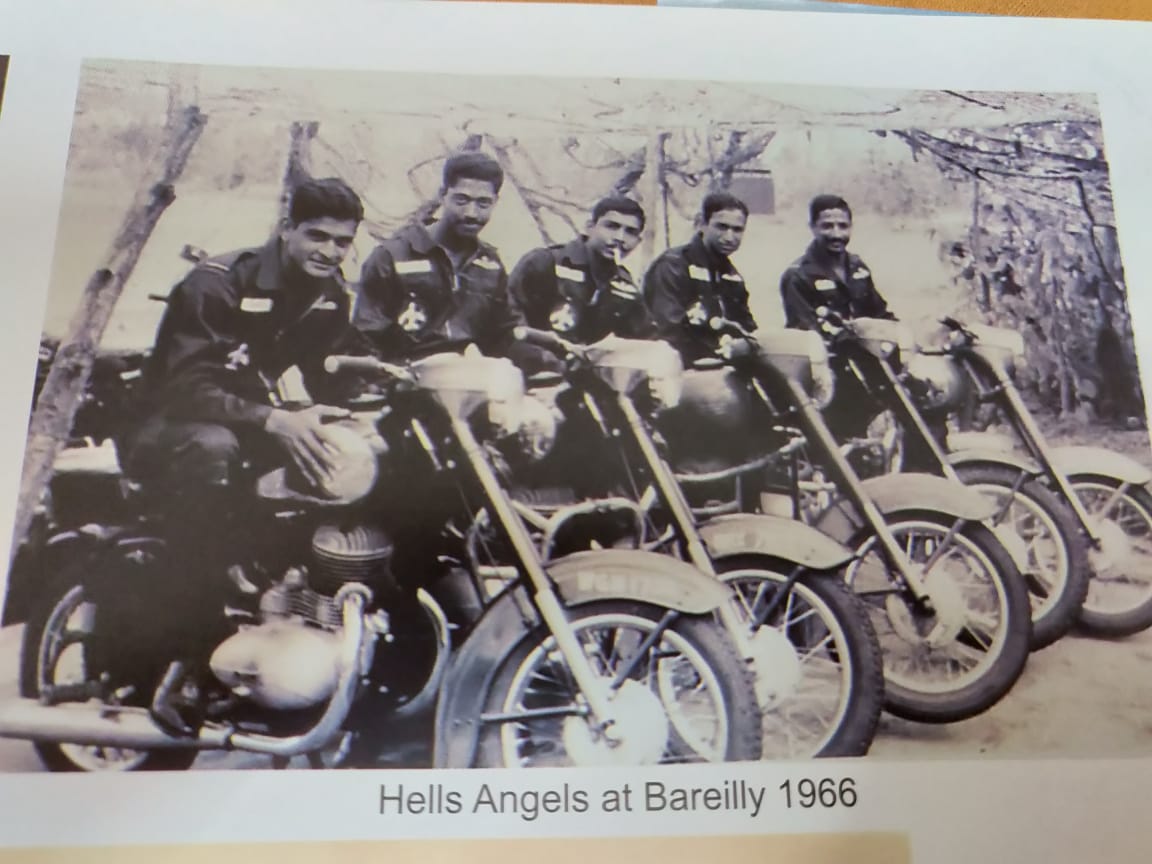 These gentlemen had one picture of them sitting on their Jawa motorcycles at Bareilly in 1966. Jawa went ahead and recreated this photograph, very recently. In this new photograph, we see the same men, posing in the same style on the bikes, just like they did nearly 53 years ago. The fifth motorcycle, in the new photo with just the helmet, symbolises the fifth member of the Hell’s Angel, who is unfortunately no more with us. Jawa traced down these veterans and invited them to the auction to recreate this photograph. Here are these two images we have been talking about, the picture above is from 1966 and the one below is from 2019. 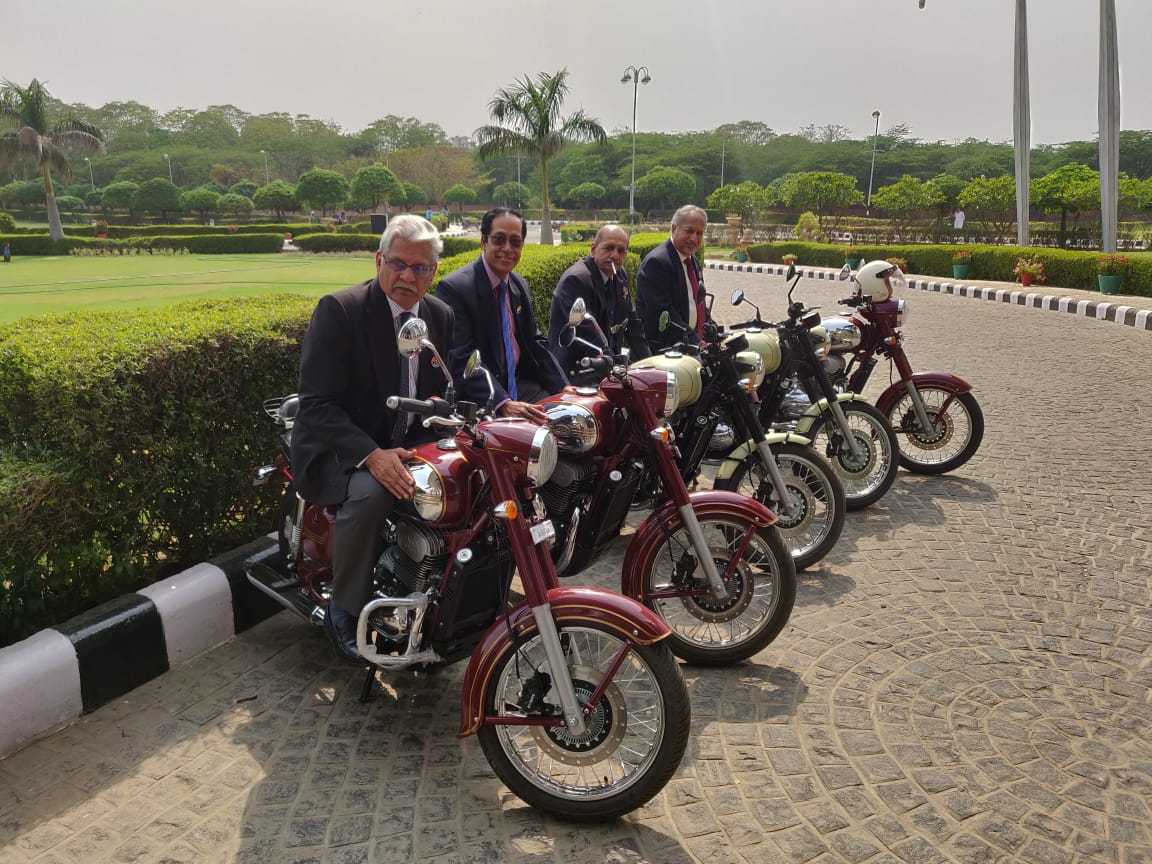 Both the offerings, the Jawa and the Jawa 42 use the same engine. This liquid-cooled, DOHC, single cylinder, 293 cc engine is rated to produce 27 hp of maximum power and 28 Nm of maximum torque. Great effort was put in to mimic the sound the 2-stroke motors from the past produced. The power is sent to the rear wheels via a six-speed transmission. Suspension duties are taken care of by conventional telescopic forks in the front and twin shock absorber at the rear. While a single channel ABS is offered as standard with both bikes, customers can pay a little extra to get a dual disc variant with dual channel ABS. Price of the Jawa 42 is INR 1.55 Lakh and that of the Jawa is INR 1.64 Lakh, whereas the dual disc variant of both these models attracts a premium of INR 8,000.