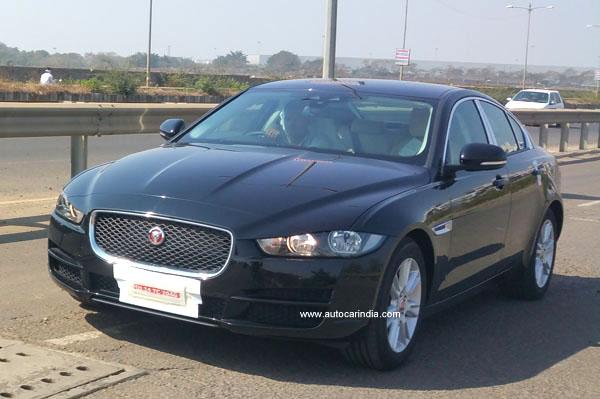 The Jaguar XE was confirmed to debut at the upcoming Auto Expo in earlier reports, and now undisguised images of the XE have surfaced online. The XE, which was reportedly imported for homologation purposes, came through the CKD route with a price tag of Rs. 24.97 lakhs though the launch price will be reasonably higher. If the company manages to unveil the car at the said price tag, it will prove to be a tough competition to its rivals.

Powering the Jaguar XE would be 3 engine variants: a 3.0 litre supercharged V6 diesel engine producing 335 hp of peak power, a 2.0 litre four cylinder petrol engine producing a power output of 197 hp and a new 2.0 litre diesel unit from JLRs Ingenium engine family that will produce 161 hp. These engines will be mated to an eight speed automatic gearbox. 4.9 seconds is what it takes for the car to sprint from 0-100 in the top trim while the 250 km/ph it what it is electronically limited to. 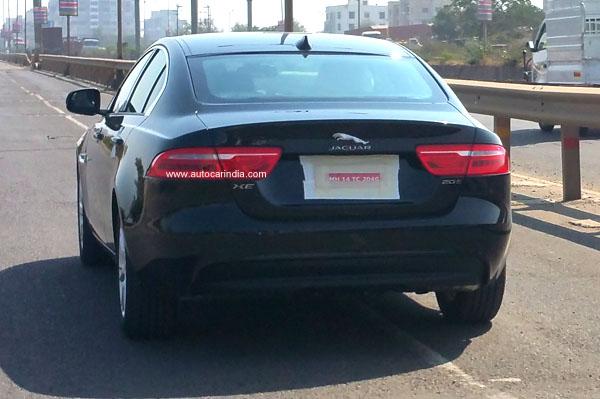 Coming to the dimensions, the car measures 4,672 mm in length, 1,850 mm in width, 1,416 mm in height and has a wheelbase of 2,835 mm. On the inside, the XE features an all new 10.2 inch (26 cm) dual view touch-screen for the infotainment section apart from InControl Touch Pro, the conventional JLR multimedia system.

Once launched, the Jaguar XE will lock horns with the Mercedes Benz C-Class, the BMW 3 series and the Audi A4 that come with a price tag of Rs. 40 lakhs, Rs. 36 lakhs and Rs. 32 lakhs respectively. Certain reports suggested that the XE could be assembled at the vehicle will be assembled in India but there is still no official word on the same. The bookings have reportedly opened at an amount of Rs. 1 lakh while deliveries are expected to begin by February 20th.