Home News Is this the 2014 Toyota Corolla? 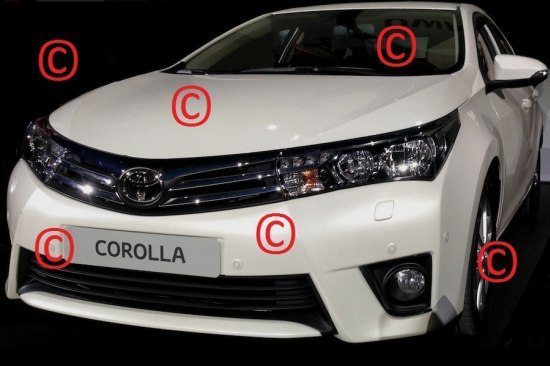 Enough has been speculated about the all new 2014 Toyota Corolla and now, what we have here are a couple of images that have good chances of being of the upcoming generation of the very popular car.

The images were taken in Poland and hence, it is tough to decide if these are of the US spec Corolla or of the European spec Corolla. The car seen here is a Left Hand Drive (LHD) and hence, what we do know is that this vehicle doesn’t belong to the Japanese Domestic Market (JDM) which follows the RHD system.

We recently reported when Toyota confirmed that the new Corolla will get design cues from the Concept Furia that was showcased at the 2013 Detroit Motor Show and what makes us believe that these images are indeed of the new Corolla is the fact that the there are quite a few similarities between the car in these pics and the Furia Concept.

Speaking of the car in these pics, the front end sports a grille that is reminiscent of that of the one on Toyota Auris and the car features sharply styled headlamps that get the quintessential LED treatment. The car seen here has an upward sweeping shoulder line and gets stylish wraparound taillights. 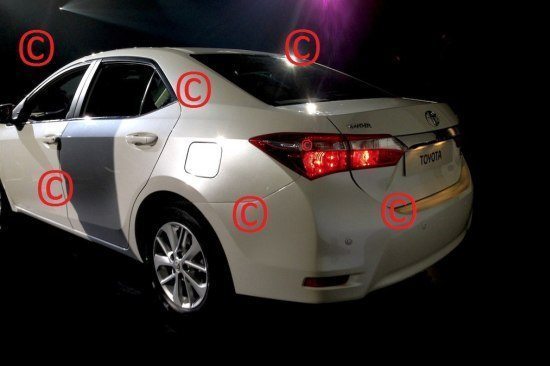 Powering the new Corolla will be the same 1.8 litre petrol and 1.4L diesel engine that powers the current car. Safely expect some minor tweaks though. These engines will be mated to a 6 speed manual/CVT  Auto gearbox.