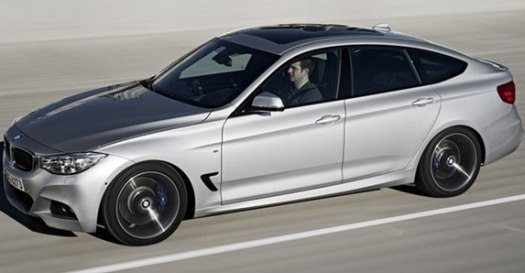 Now, what we have here is what might be the first ever official image of the upcoming car. Various Sources say that the GT would come to us in two trim levels and safely expect the car to have a features list very similar to that of the F30 3-series. As is very obvious, the GT variant borrows the same styling till the C Pillar and this will be the first ever GT model in the 3 Series family. BMW car aficionados in India will know that we used to have the 5 Series GT variant on sale in India for some time.

The 3 Series GT (codenamed F34) will go head on against the Acura TSX Sport Wagon, Audi A6 Allroad and Honda Accord Crosstour when it is launched in mid-2013. The car will make its public debut at the Geneva Motor Show in March we are expecting to see both the Rear and All wheel drive variants. The car will also get a M Sports variant with more power and sportier bits like bumper skirts, 18 inch alloy wheels, diffuser et al.

These motors will be coupled with an eight-speed automatic transmission as standard.