Back in January, one rare species from the Italian marquee MV Agusta made its way to Indian shores. A single example of the MV Agusta F4 RC, limited to just 250 units worldwide, landed in Pune ahead of its delivery that would later take place in Chennai. Earlier this year, Motoroids had the opportunity to meet this very MV Agusta F4 RC. 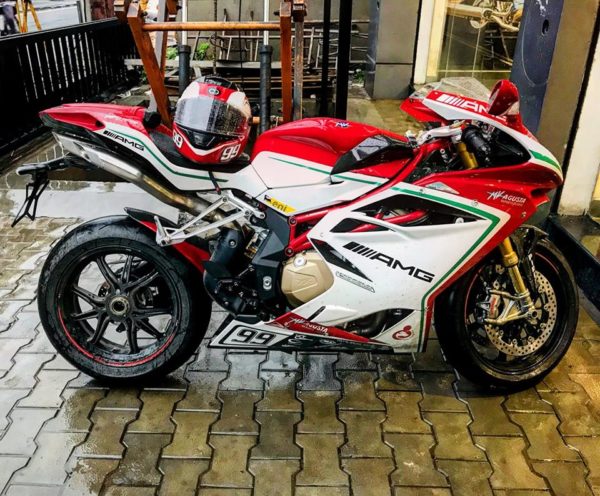 Now, the country’s only MV Agusta F4 RC has been recently delivered to its owner in Chennai. The F4 RC (Reparto Corse) or ‘Racing Department’ in English, sits on top of the chart of the company’s product portfolio. Unit 91/250, this MV Agusta F4 RC, just as the other units, boasts of not only of a more powerful engine when compared to the standard model but also a track ready kit in a box shipped along with the motorcycle.

Following is a list of the contents of this very special box, finished with a carbon fibre theme and an Italian flag highlight: 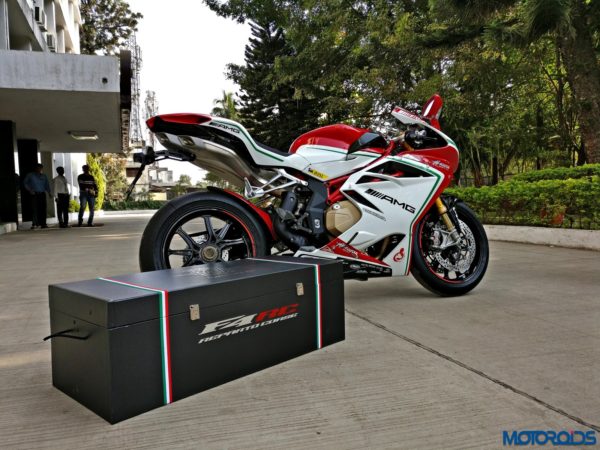 At the heart of the MV Agusta F4 RC is a 998cc four cylinder engine that produces 205 hp of power at 13,450 rpm (212 hp on the kit version with exhaust system and ECU) and 115 Nm of torque at 9300 rpm. The brand claims that the model is the most powerful, fastest and hardest hitting F4 ever built. The model arrived with a price tag of INR 60 lakh (On-Road).

You can also have a look at the drool-worthy image gallery of the F4 RC below: