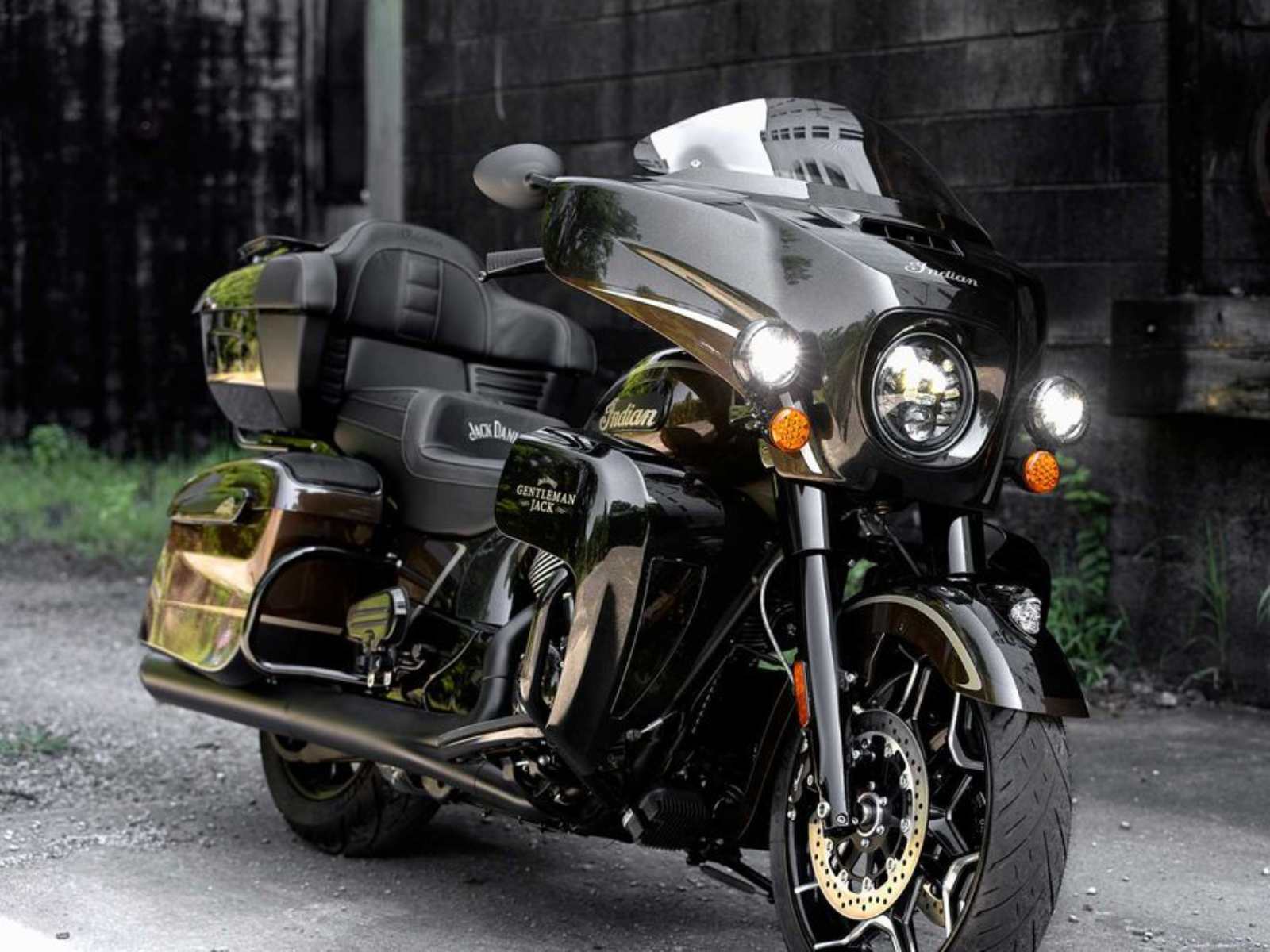 When Indian motorcycle partnered with Jack Daniels back in 2016, the whole collaboration to put out limited edition motorcycles seemed a little confusing. An iconic motorcycle brand joining hands with an alcohol brand with a rather cult following? It might have seemed unreal at first but it worked! Their partnership has given us four motorcycles up until now and all of them managed to get sold out in a rather rapid manner. And now, they have announced their fifth offering, the Jack Daniel’s Limited Edition Indian Roadmaster Dark Horse. Fans of both brands, unite!

More details about the fifth offering

Only 107 of these motorcycles will be built and delivered to customers across the world. The designing of this rather amusing motorcycle comes courtesy of Klock Werks Kustom Cycles. According to the manufacturer itself “three American brands have united to celebrate American craftsmanship through an exclusive offering of Jack Daniel’s-inspired Indian motorcycles.” 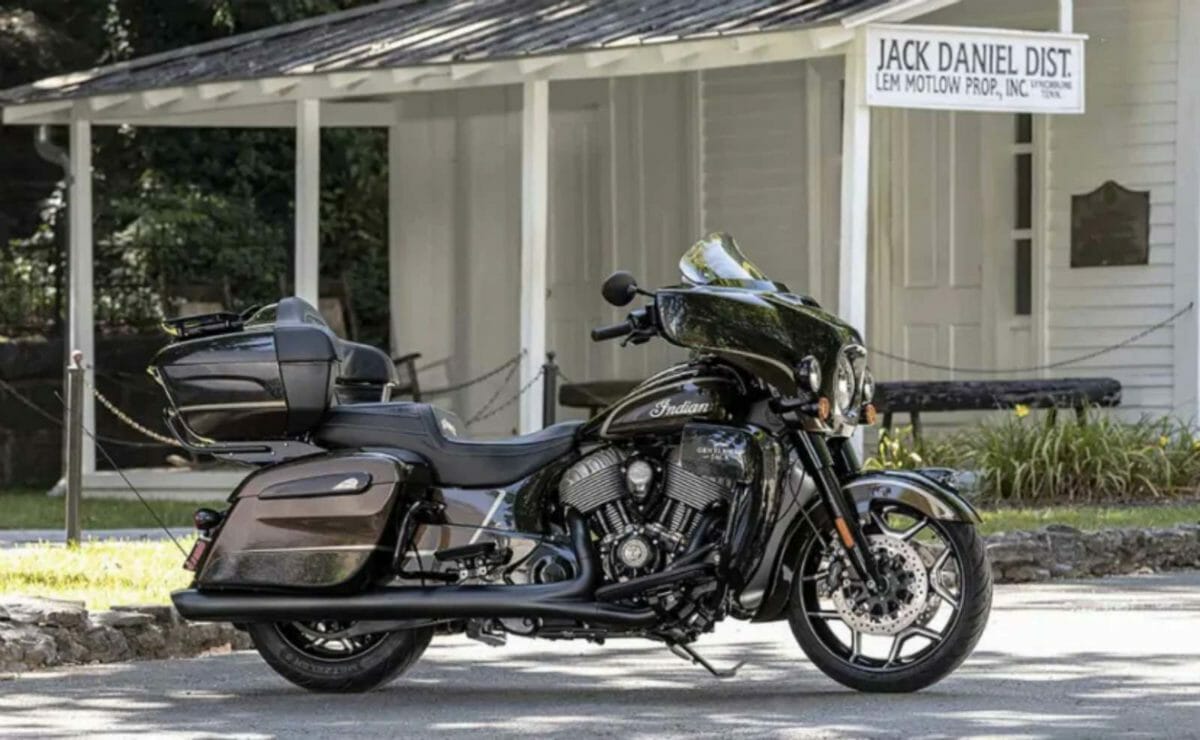 For those of you who don’t know, each motorcycle which has come out of this partnership draws inspiration from a different product in the whiskey maker’s portfolio, and this year the Klock Werks crew was tasked with targeting the brand’s premium Gentleman Jack whiskey as its muse. The limited-edition motorcycle comes in “custom two-tone Whiskey Pearl paint scheme and Oakwood accents” which represents Gentleman Jack being aged in handcrafted oak barrels. Talk about inspiration!

What else do we get?

You would be wrong if you are assuming that this limited-edition only comprises of a custom paint job because the American bikemaker has made sure that it boasts of a lot more than just the standalone paint job. The floorboards are engraved with the Gentleman Jack logo, there’s a custom Jack Daniel’s branding on the seat, tank, and lowers, and a numbered Montana Silversmiths badging on the engine as well. 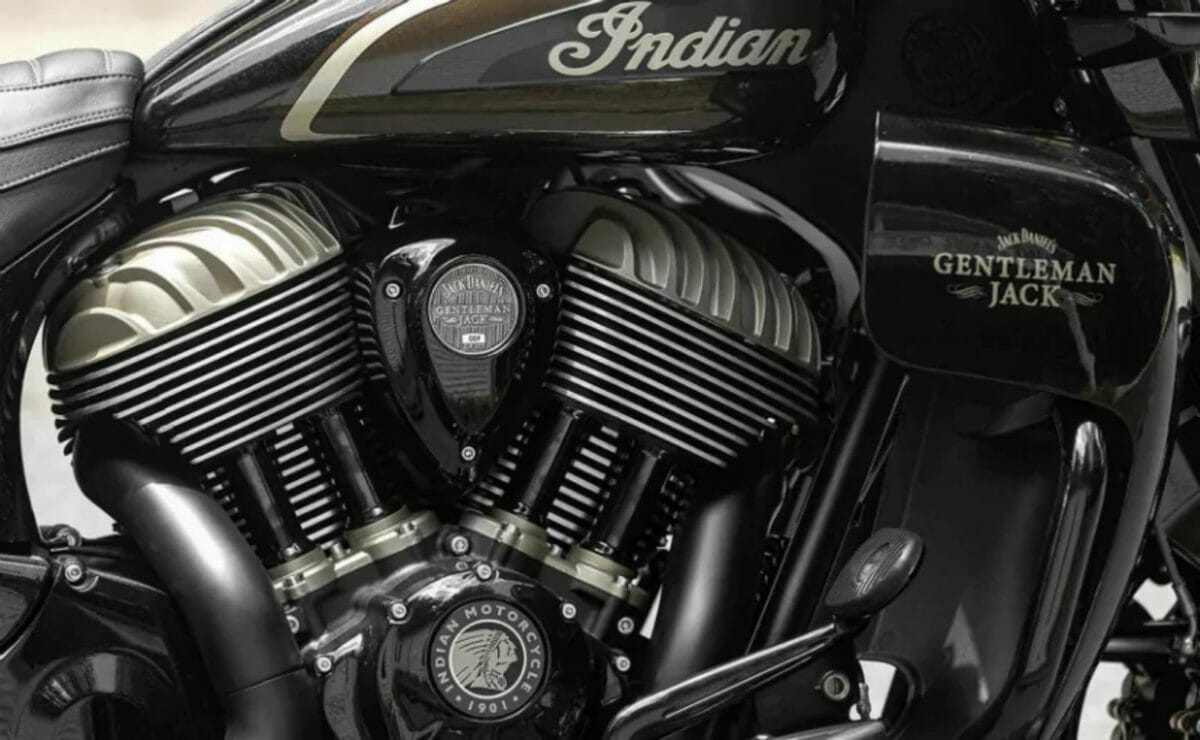 Apart from the limited-edition badging, it also features some cool new tech. We get to see the new Pathfinder Adaptive LED Headlight and Pathfinder S LED Driving Lights. The new headlight senses the bike’s lean angle and activates individual LED projector beams in real-time to throw more illumination into dark corners to give you better visibility. 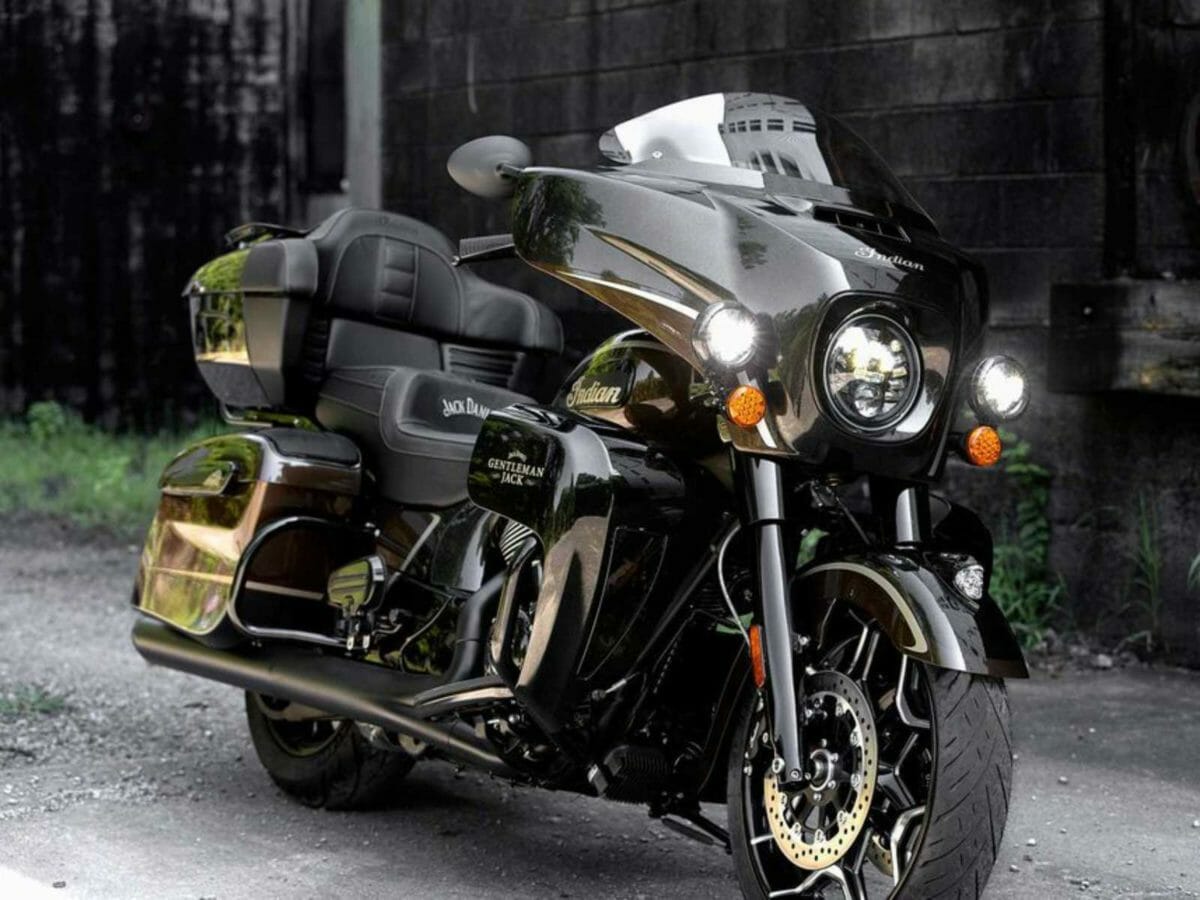 Also seen is the climacommand heated and cooled seats which Indian introduced not so long ago. The sleek seat wears Jack Daniel’s badging embroidered on the premium leather surfaces and allows riders to conveniently manage heating and cooling settings through the onboard Ride Command infotainment system, also a first in this application. Indian has also thrown in an upgraded 600-watt PowerBand audio system, heated handgrips, an adjustable flared Klock Werks windscreen, and remote-locking saddlebags and trunk. 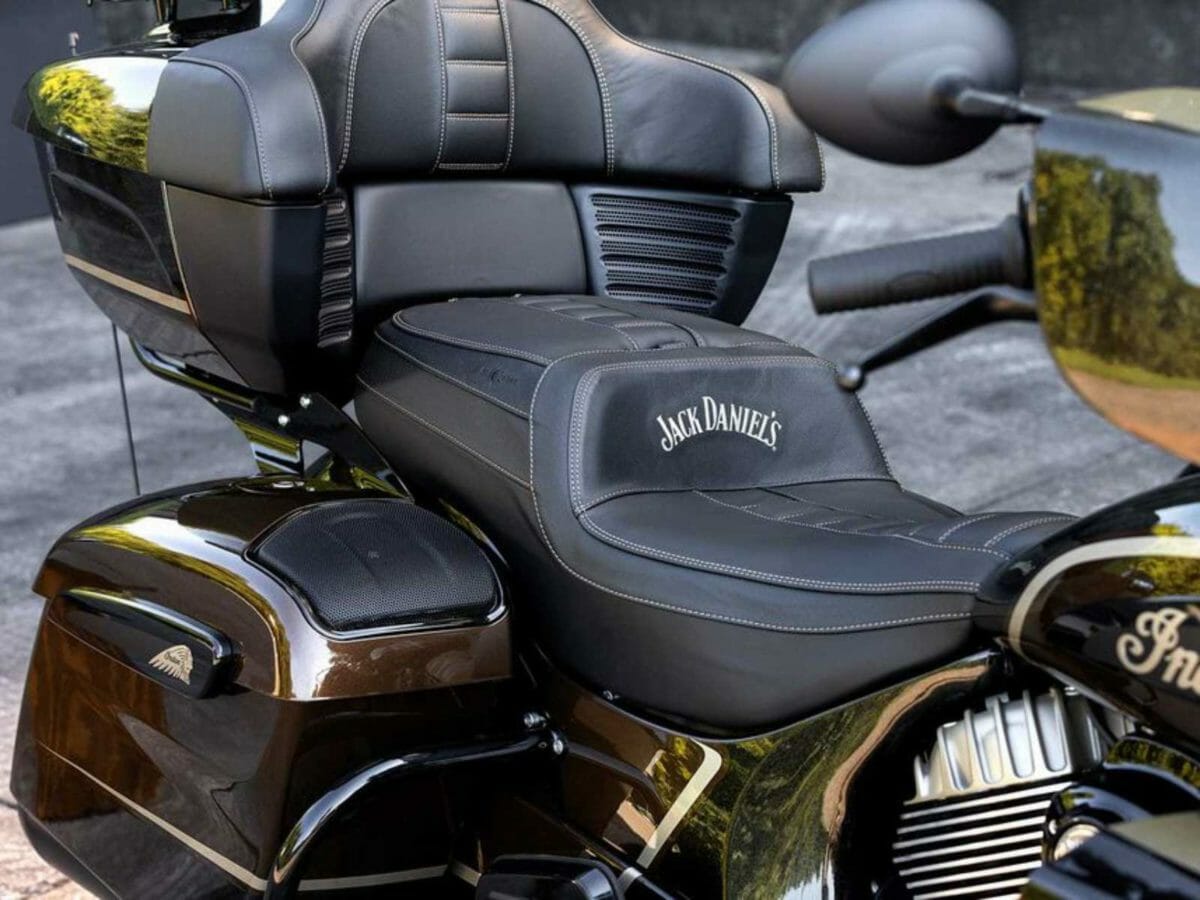 Each Jack Daniel’s Limited Edition Indian Roadmaster Dark Horse motorcycle comes with a custom Montana Silversmiths Belt Buckle in a display case, each one engraved with the owner’s name, motorcycle number (No. 001 to No. 107), and VIN.

Powering this behemoth is the Thunder Stroke 116 air-cooled V-twin engine which delivers 170.8 nm of torque! The Jack Daniel’s Indian Roadmaster Dark Horse starts at $38,999 and each bike will be built to order as a model year 2021 motorcycle, available to order through an Indian dealership.