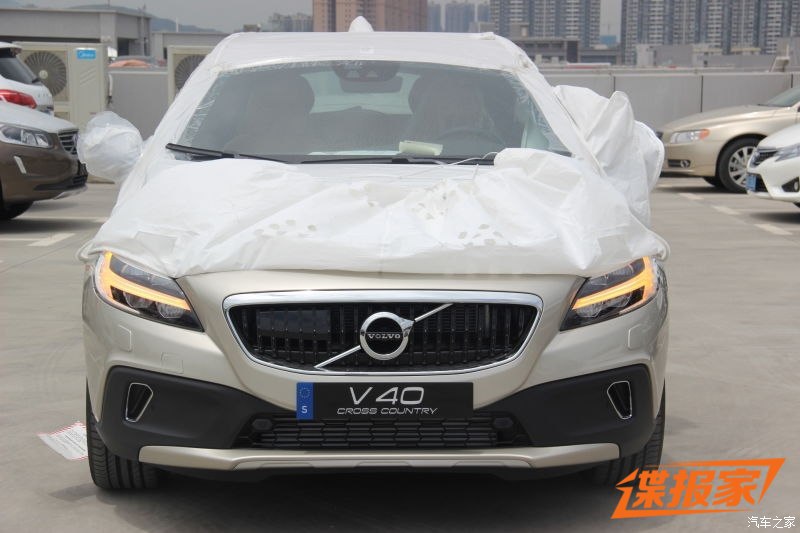 Volvo India launched the S60 Cross Country in India earlier this year. We even had the opportunity to review this crossover from the Swedish automobile manufacturer. Recently, the company unveiled the 2016 edition of the V40 and V40 Cross Country. As we wait for the model to make its Indian debut soon, images of the crossover in the flesh have surfaced on the web.

The updated V40 receives not only a few changes to the interior and the exterior, but also some new updates to the engine lineup. On the outside, the model receives the signature ‘Thor’s Hammer’ headlights, a slew of new paint jobs and eight new wheel designs. 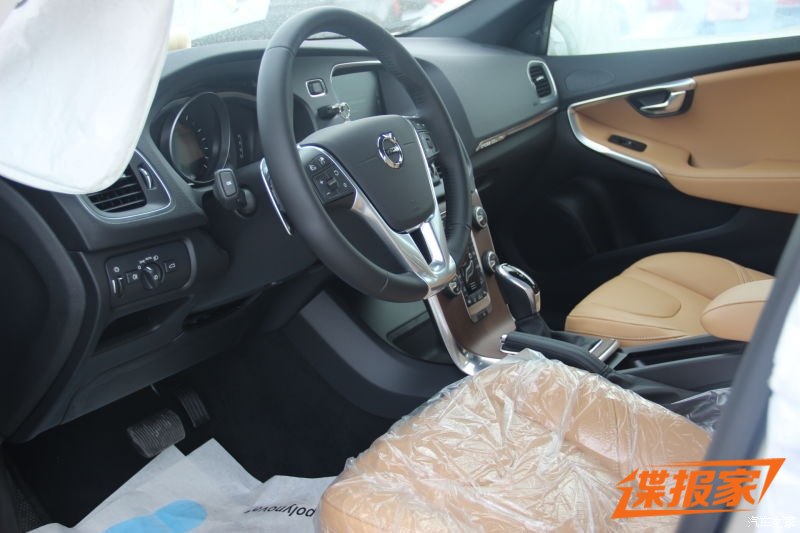 Coming to the interior, the 2016 Volvo V40 Cross Country gets a new leather upholstery called City Weave, along with a new Charcoal/Blond steering wheel option. Also on offer are some new interior panel trims such as Milled Aluminium, Black Grid Aluminium and Stealth Aluminium. New tread plates will be added for the R-Design and Inscription trim levels and an updated key fob with the new Volvo logo will be available.

Powering the model will be a 1.5 litre and a 2.0 litre turbo petrol as well as a 2.0 litre turbo diesel engine. The power output of the petrol and diesel engines vary from 152 hp to 245 hp and 120 hp to 190 hp respectively. The diesel mill comes equipped only with a FWD option while the petrol mill receives the FWD as well the AWD option. Transmission duties are performed by a six speed manual gearbox as a standard feature while a six speed and an eight speed automatic transmission are also available as an option.

Following is the image gallery for the 2016 Volvo V40 Cross Country facelift: