If you’re smitten by Royal Enfield’s new Redditch Series of Classic 350 based motorcycles, you’re in luck. The motorcycles have started arriving at dealerships across the country, and you can now go check them out.

A brief recap of the Redditch Series is in order. Last week, Royal Enfield announced the launch of its Classic 350 motorcycle in three Redditch series variants – Redditch Red, Redditch Green and Redditch Blue. 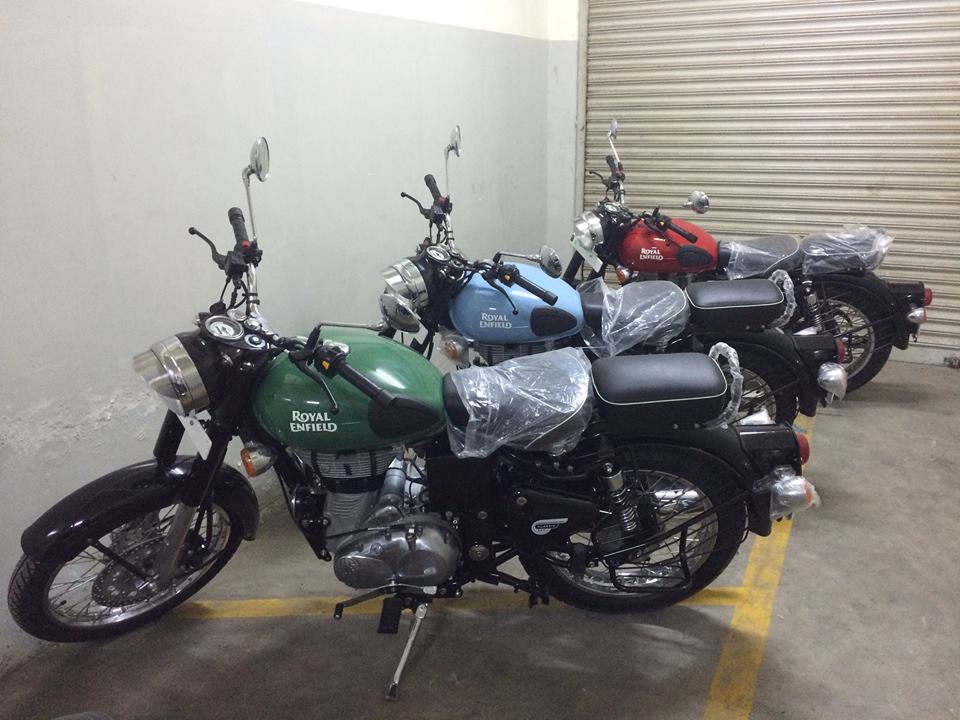 As the names suggest, the variants bear the respective colors. On each motorcycle, the new color is restricted to just the fuel tank, while the rest of the bodywork, including the fenders, side panels and battery box are swathed in a shade of black/dark grey.

The 2017 Redditch series further features the Royal Enfield Redditch monogram that was first used in 1939 on the prototype of 125cc ‘Royal Baby’. Apart from that, the models do away with the pin striping and graphics on the body, thus allowing for a cleaner look. 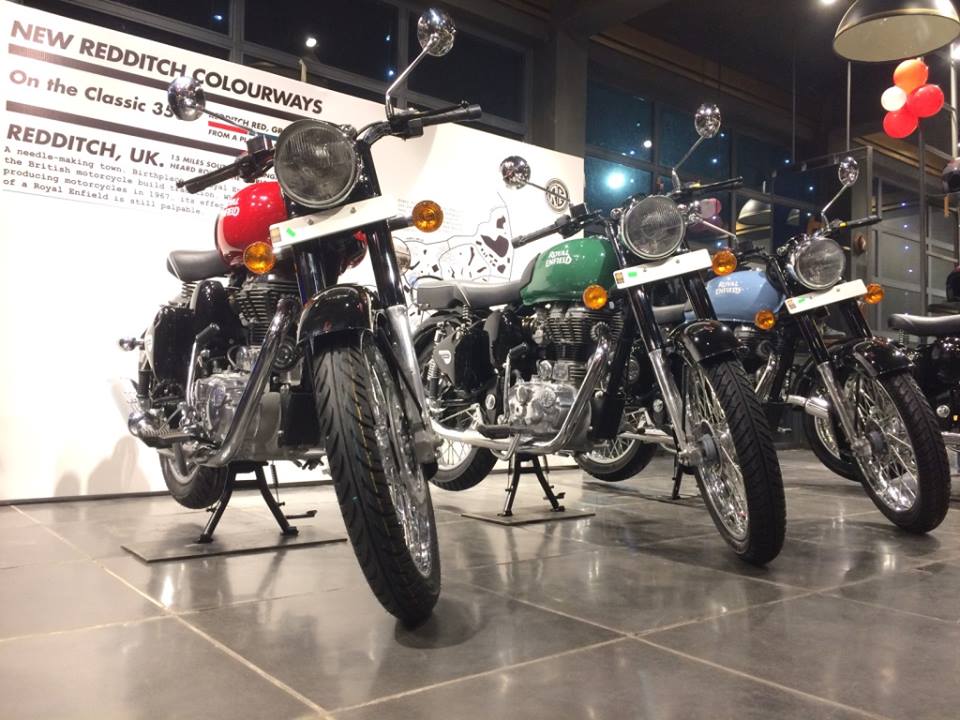 These new variants of the Classic 350 have been inspired by the paint schemes on 50s-era Royal Enfield motorcycles that were produced in Redditch, UK – the place where the two-wheeler manufacturer began its operations.

The Royal Enfield Redditch series is available at INR 1,46,093 (on-road, Delhi) and bookings have commenced at Royal Enfield dealerships since January 7, 2017. 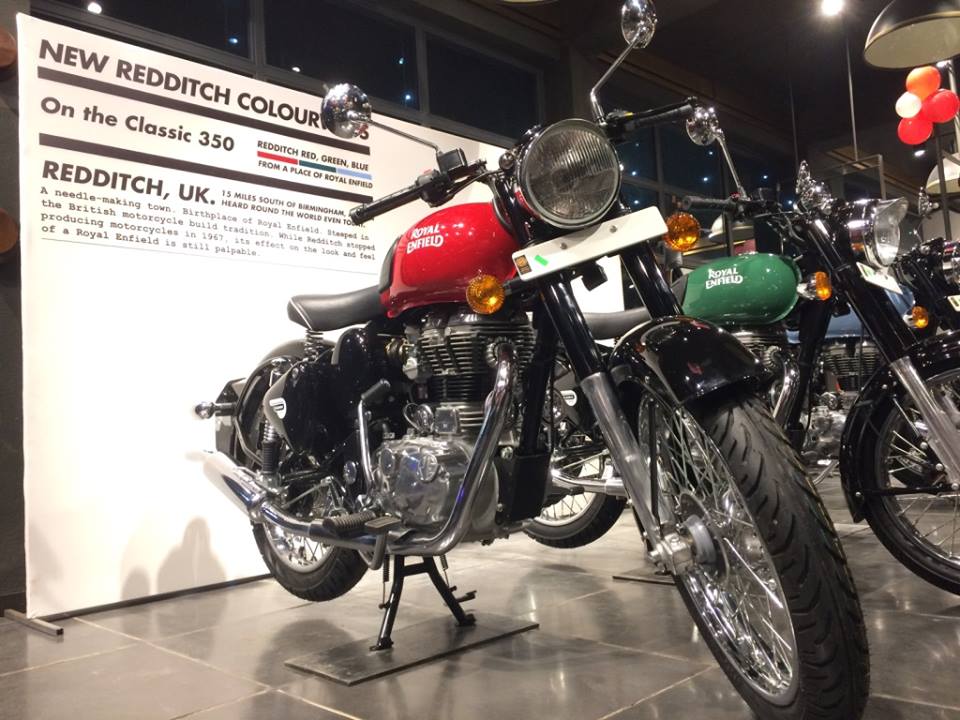 There are no mechanical changes to the motorcycle, which means that the Redditch range continues to use the 346cc single cylinder engine that produces 19.8 bhp at 5,250 rpm and 28Nm of torque at 4,000 rpm. The engine comes mated to a five-speed transmission.

The on-road prices for the new Redditch Classic 350 motorcycle range are as follows: