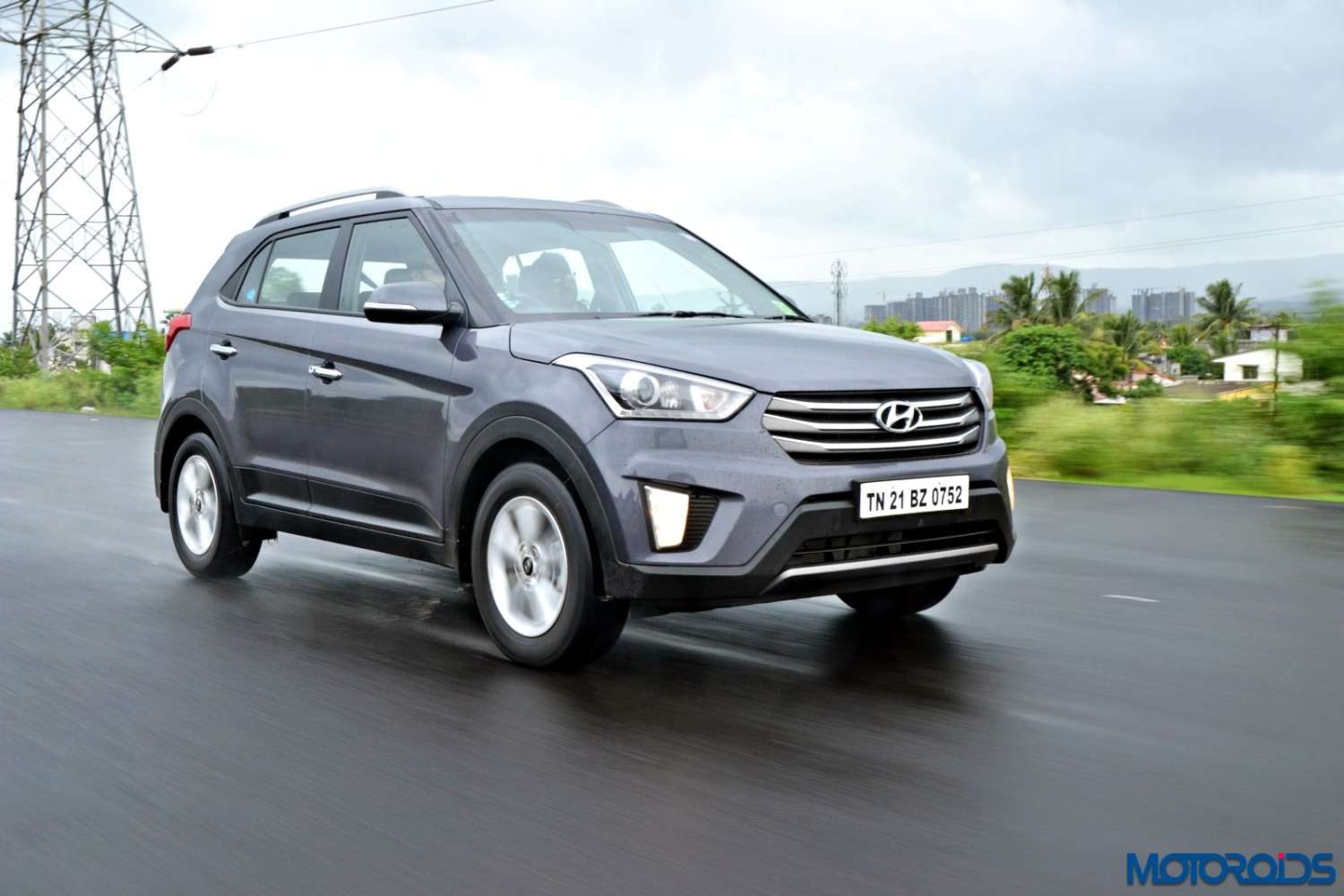 Hyundai India has received a positive response with regard to the Creta. The premium compact SUV registered a booking of 1 lakh units in a period of eight months since its launch in India. Now, as the model is set to complete a year in the Indian market, the company is all set to launch an anniversary edition model of the Creta. 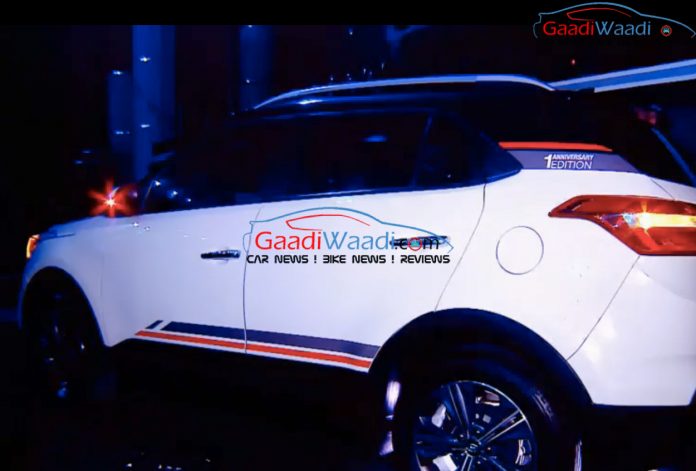 Features on the said model include the customary special badging and body decals that can be seen on either side. The body decals include red and blue coloured stripes on the side sills and C- pillars, with the latter housing the 1st anniversary edition sticker. The C-Pillar, just as the A and B pillar, benefit from a gloss black finish as well.

A contrasting paintjob for the roof is also likely to be on offer. The anniversary edition model could ride on 17 inch diamond cut black alloy wheels. Moving on inside, the model could receive all-black interiors, illuminated door sills, new seat covers and floor mats with the special edition lettering. One of the most interesting features that could make it to the Creta anniversary edition would be a car refrigerator. 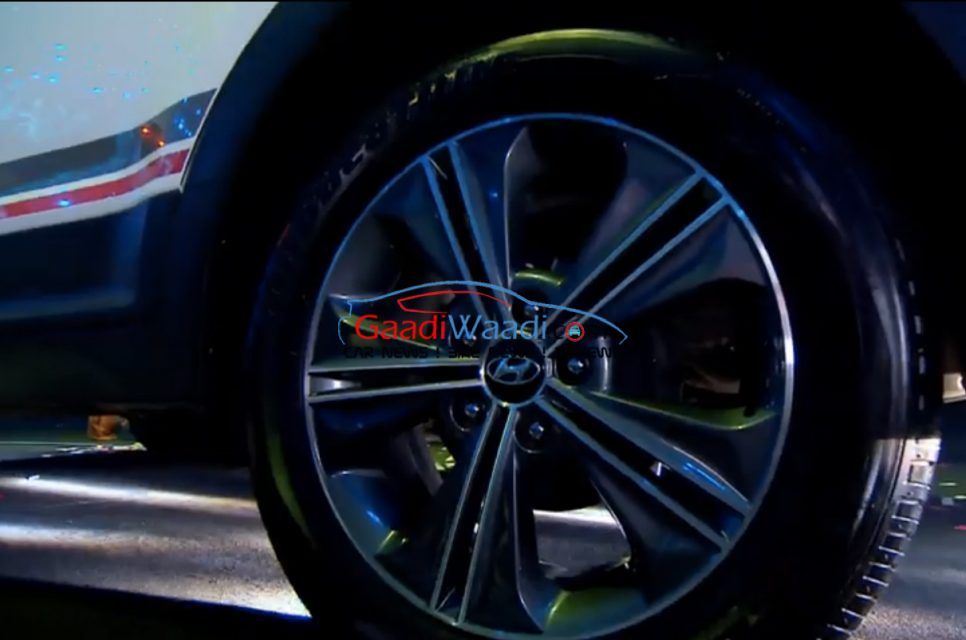 The model will probably be based on the SX trim and will hence be powered by the conventional 1.6 litre CRDi diesel engine. This engine is tuned to produce a power output of 128 PS while the peak torque stands at 260 Nm. This motor sends power to the wheels with the help of a six speed manual transmission.

Following is the image gallery for the Hyundai Creta anniversary edition: