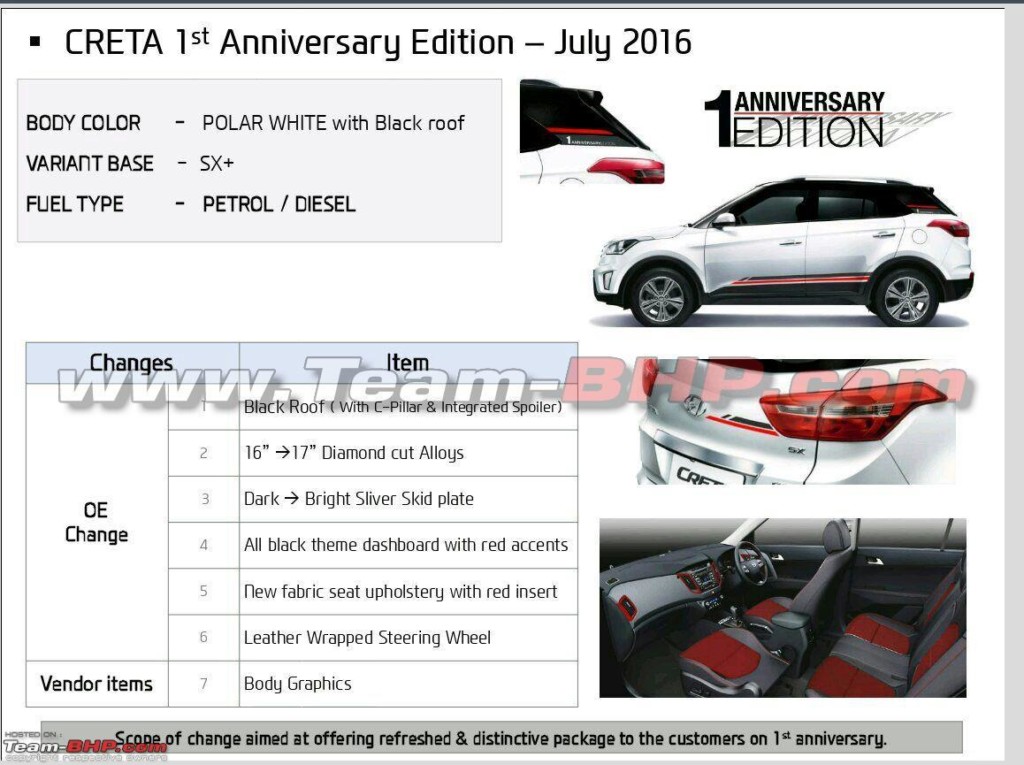 Prices and features for the Hyundai Creta Anniversary Edition have been leaked.  The limited edition model of the premium compact SUV will be based on the SX+ grade, and is priced at INR 12,50,717 and INR 14,06,961 for the 1.6 petrol and diesel variants, respectively (both prices ex-showroom, Surat, Gujarat). Last month, on 7 July, Hyundai Motor India Ltd. (HMIL) honored Ms. Saina Nehwal by handing-over the 1st Anniversary Edition of the Creta to the Badminton Icon of India for celebrating her win in Australian Open Championship.

The interiors of the Creat Anniversary Edition will feature a dual tone black + grey dashboard with red accents around the HVAC vents, grey seat upholstery (fabric) with red mid-sections, illuminated door sills, new seat covers and floor mats with the special edition lettering, along with a leather-wrapped steering wheel. The rest of the equipment is shared with the SX+ grade. As mentioned earlier, the Anniversary Edition will be available in both petrol and diesel variants. Both employ 1.6-litre four cylinder engines; which come mated to a 6-speed manual transmission.