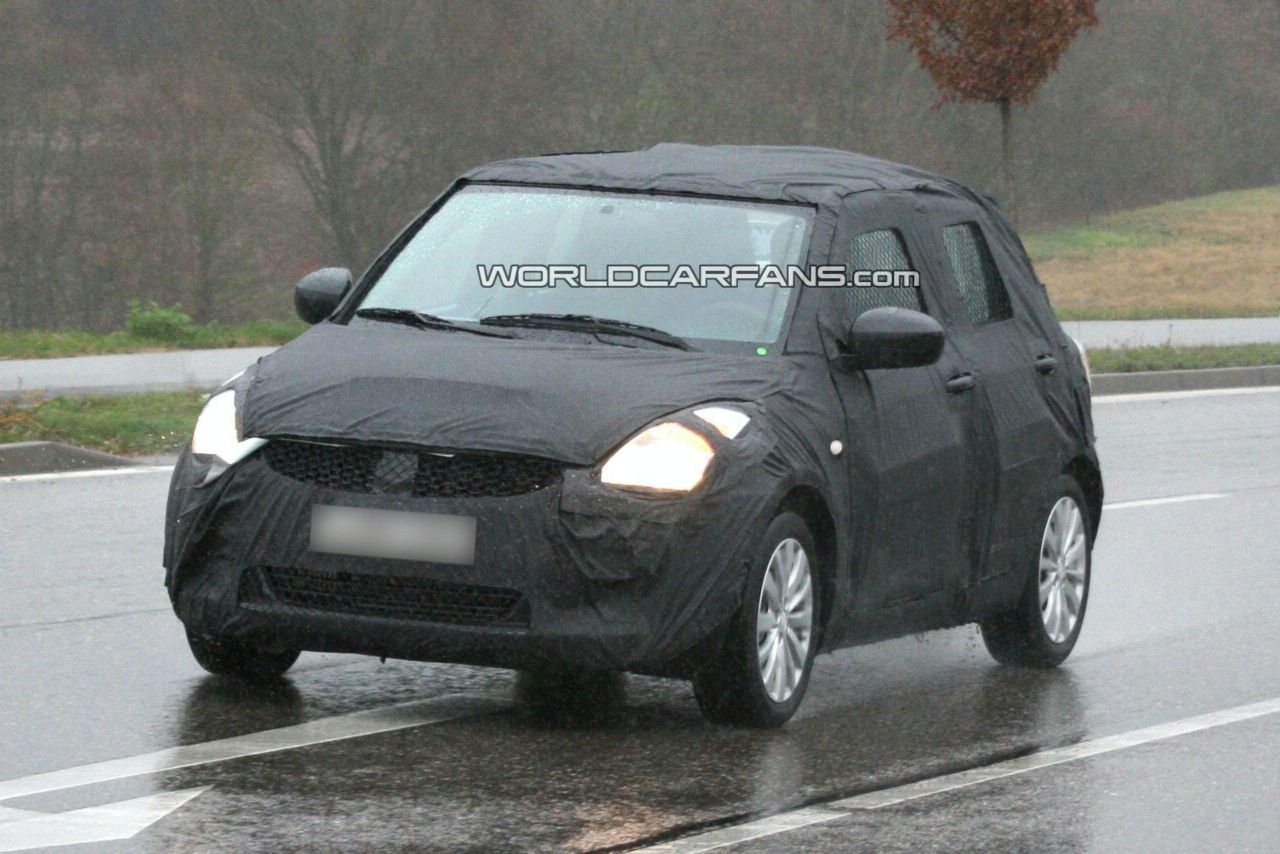 What you can see here are the spy pics of the new Suzuki Swift being tested in Germany (why there?). As we reported earlier, Suzuki is set to breathe in a hint of fresh air into the highly successful hot hatch, the Swift. We are expecting some more revelation on this new model at the 2010 Auto Expo, before it goes on sale by Q2 2010.

The front end of the new Swift will house a new honeycomb grill, similar to the new SX-4 and the Kizashi. The headlights will retain their basic shape, however the internal elements will follow an angular design as you can see in the photos. The bumper too will receive minor design tweaks to gel with the rest of the flow. The taillights as you can see will be a completely new design too and will chuck the current ‘clear-lens’ treatment for a fogged-up finish. The rear boot-lip too will move up significantly, much similar to that of the A-star. The Swift will retain its trademark bumper-mounted brake lamp, however the bumper will be will no longer show the exhaust pipe. 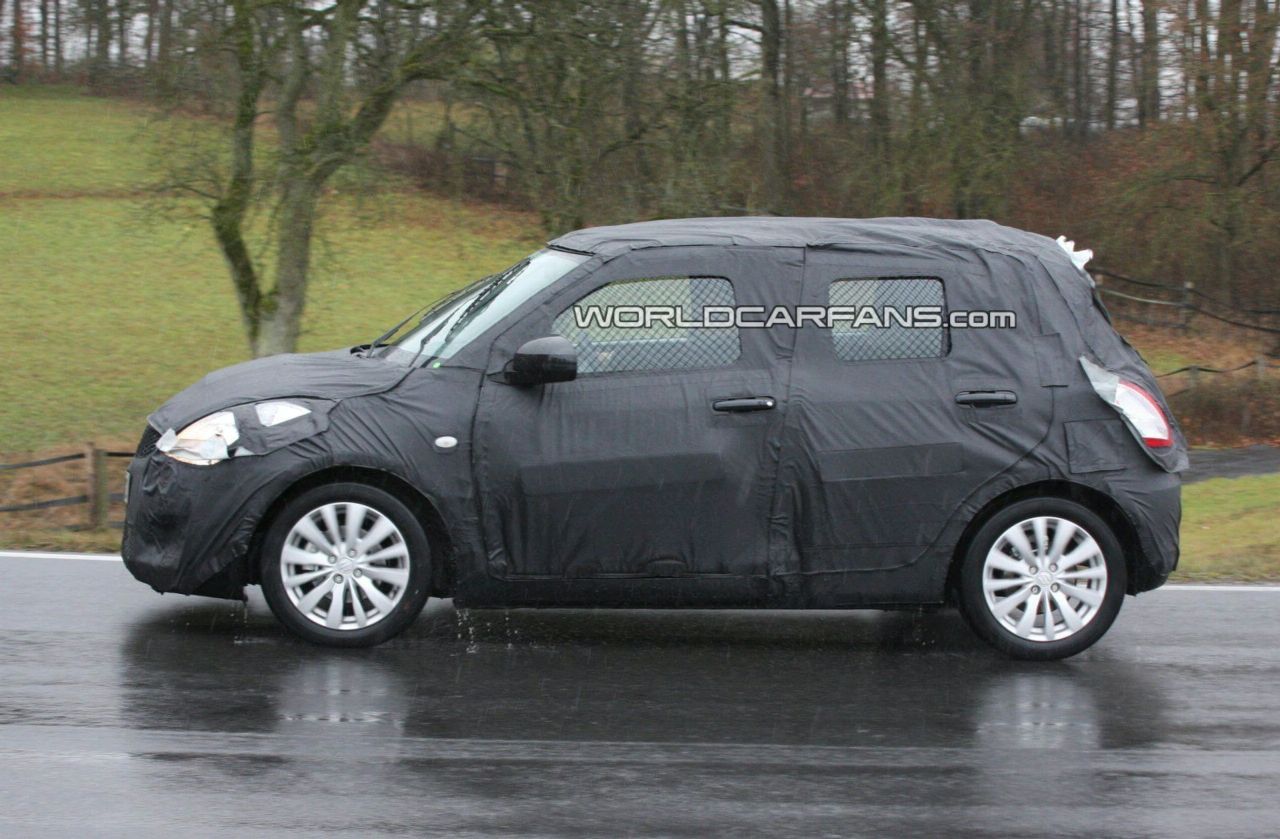 Internally, the new Swift will run the all new K-series petrol engines ranging from 1.2, 1.4 and 1.6-litre capacities. The diesel variants will get the highly acclaimed 1.3 and 1.6-litre Multijet oil burners from FIAT. Though the Swift has been gracefully handling more powerful engines in the global market, Suzuki is reported to be making some changes to the new Swift’s chassis. If rumors are to be believed, these changes will primarily reflect in an increase in the internal space as well as the boot capacity. The wheelbase may go up too. The interiors will receive an all new design to cope up with competitors like the Skoda Fabia and the Hyundai i20, which have been selling well not only in the India, but throughout the global markets. 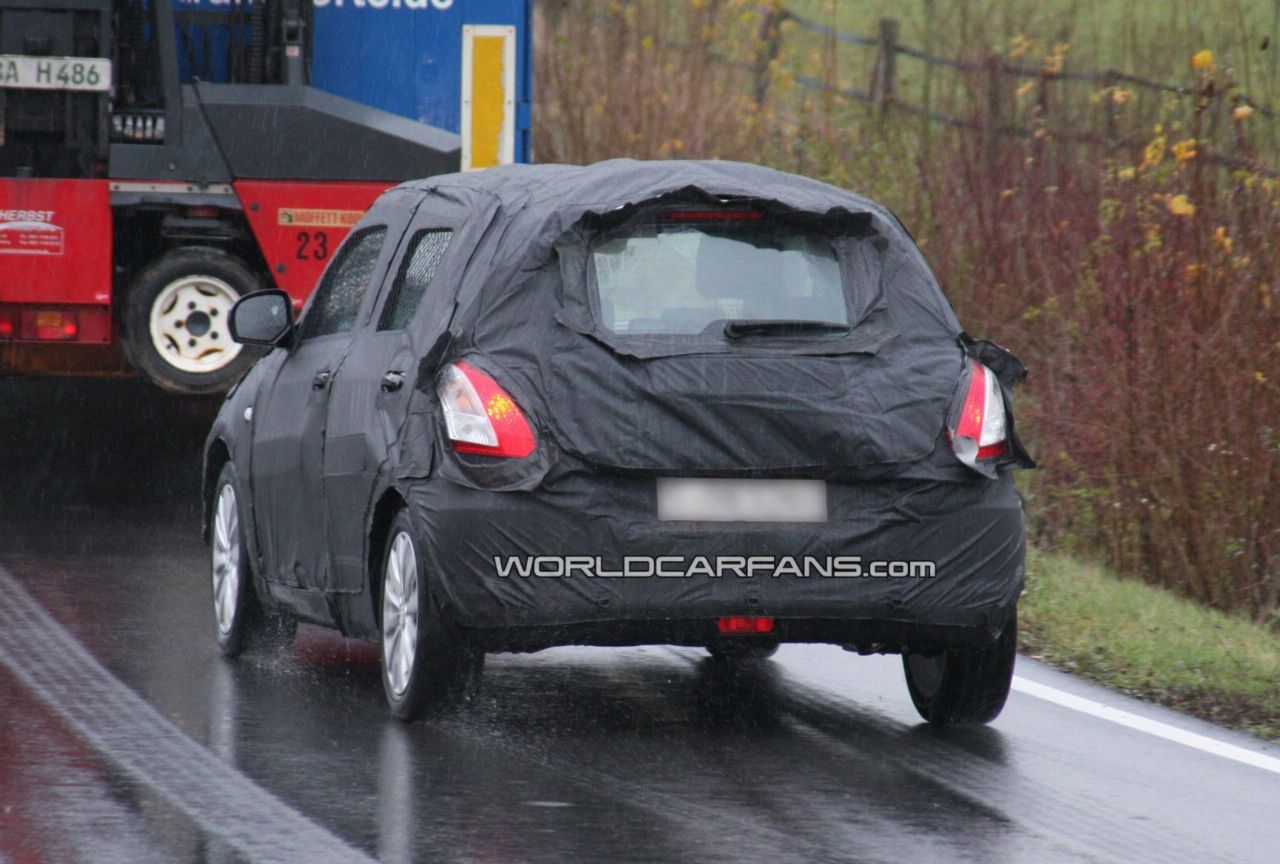 If it’s practically a new chassis, new interiors and new engines that are going to make the 2011 Swift, then we completely fail to understand why Suzuki is still retaining most of the current Swift’s design elements. With almost all the vital mechanical bits changed, it barely qualifies to be called a face-lift. Let us know what you think, in the comments box below…