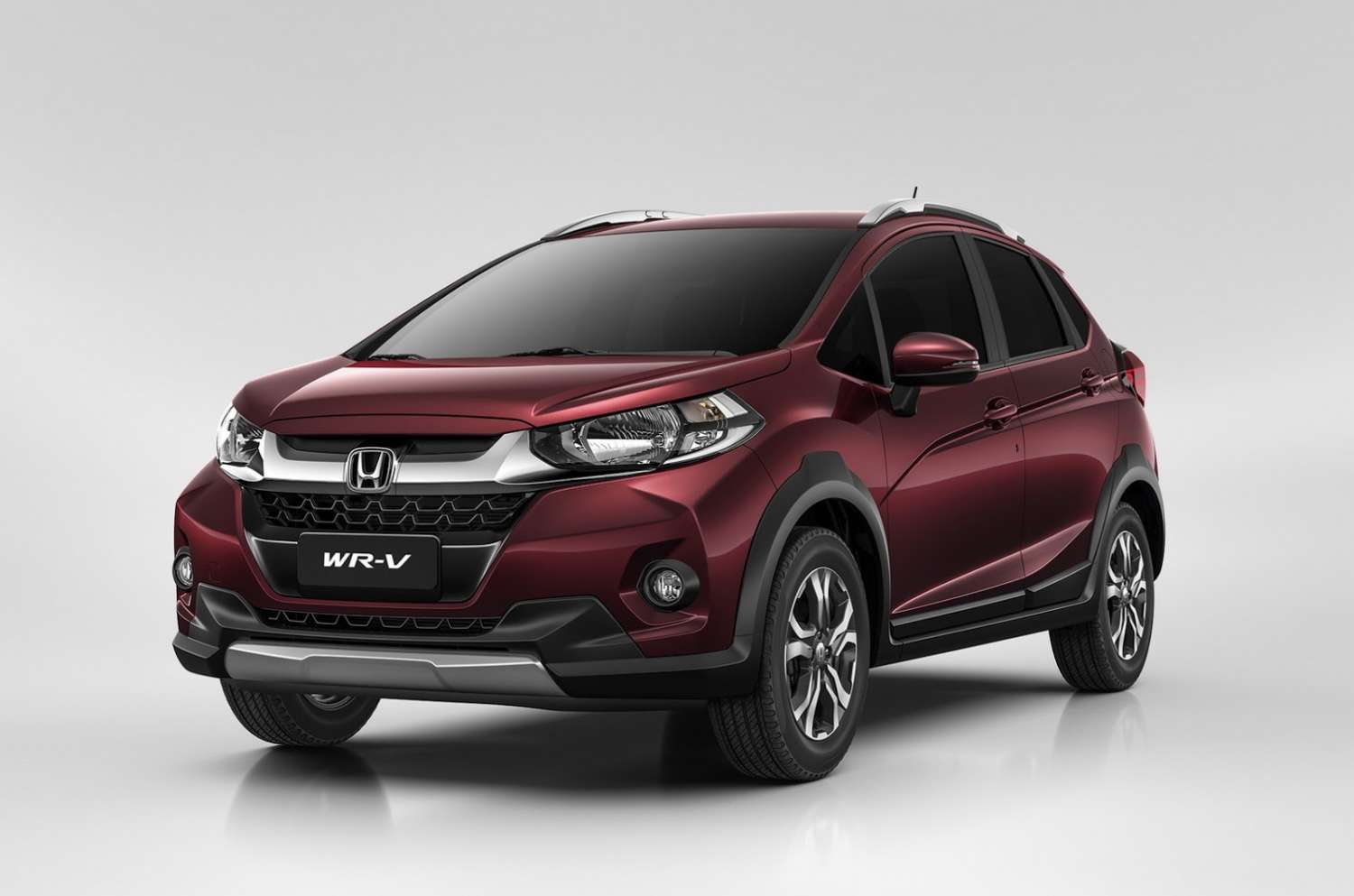 The 2016 Sao Paulo Auto Show in Brazil witnessed the global debut of the Honda WR-V. Dubbed as a ‘Winsome Runabout Vehicle’ the WR-V is like a pumped up version of the Jazz hatchback. The company has scheduled the India launch of the crossover in the month of March 2017. And it seems that Honda is already started to prep up for the big event. Reportedly, the production of the WR-V crossover has already begun at the car maker’s manufacturing facility situated in Tapukara, Rajasthan. Few images supporting the report have drifted over the internet. 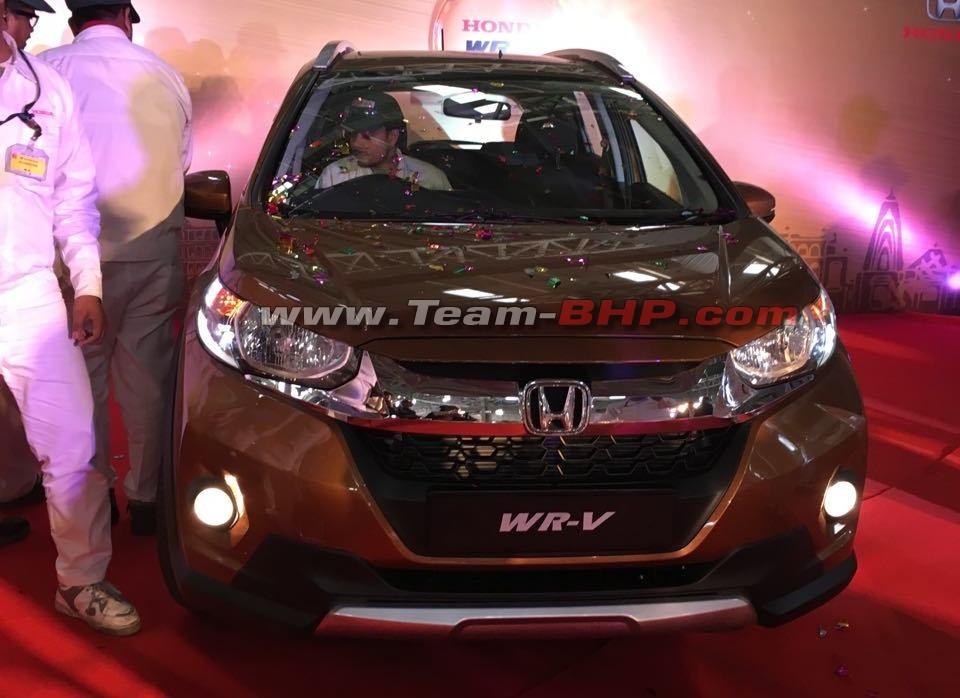 Said to be taken at the manufacturing facility itself, these spy pics show the India-spec Honda WR-V in its full glory. The images seem to be taken at an official internal event or an official presentation. Even though the Honda WR-V is based on the Jazz it features a lot of crossover bodywork that sets it apart from its hatchback sibling. Honda has also pumped in a few BR-V design cues in the WR-V’s looks.  It features a redesigned front fascia that comprises of a BR-V inspired front bumper and radiator grille, and a re-sculpted bonnet. A thick body cladding runs from the front wheel arches to the rear underlining the doors. 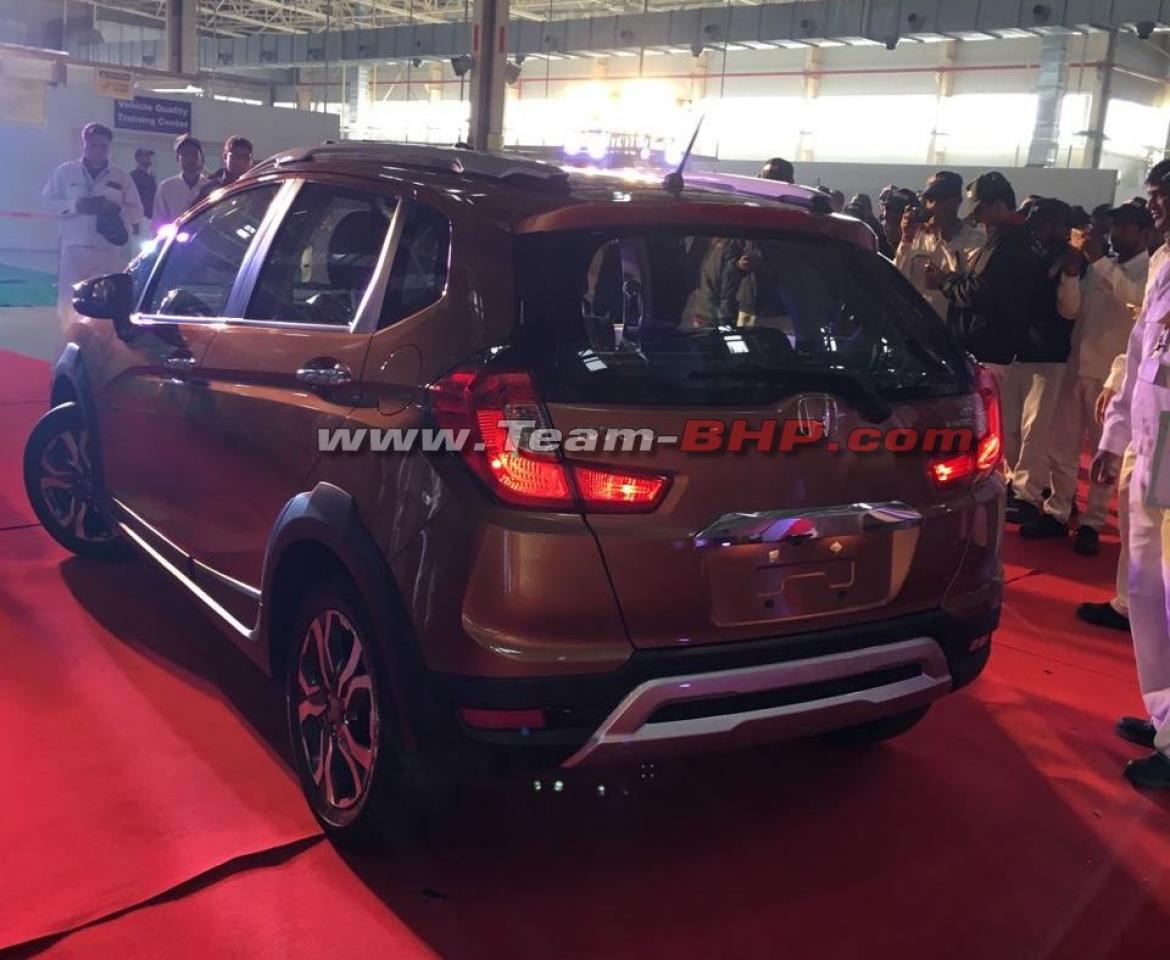 The front and rear bumper too get their share of cladding. Some of the crossover bits include skid plates, high ground clearance, and roof rails among others. Speaking of the power plants, the Honda WR-V will borrow the tech-mech from the jazz. In some global markets the WR-V gets Honda Fit’s 1.5-litre flex-fuel i-VTEC four cylinder engine. Power is sent to the front wheels with a help of a five-speed manual or CVT transmission.