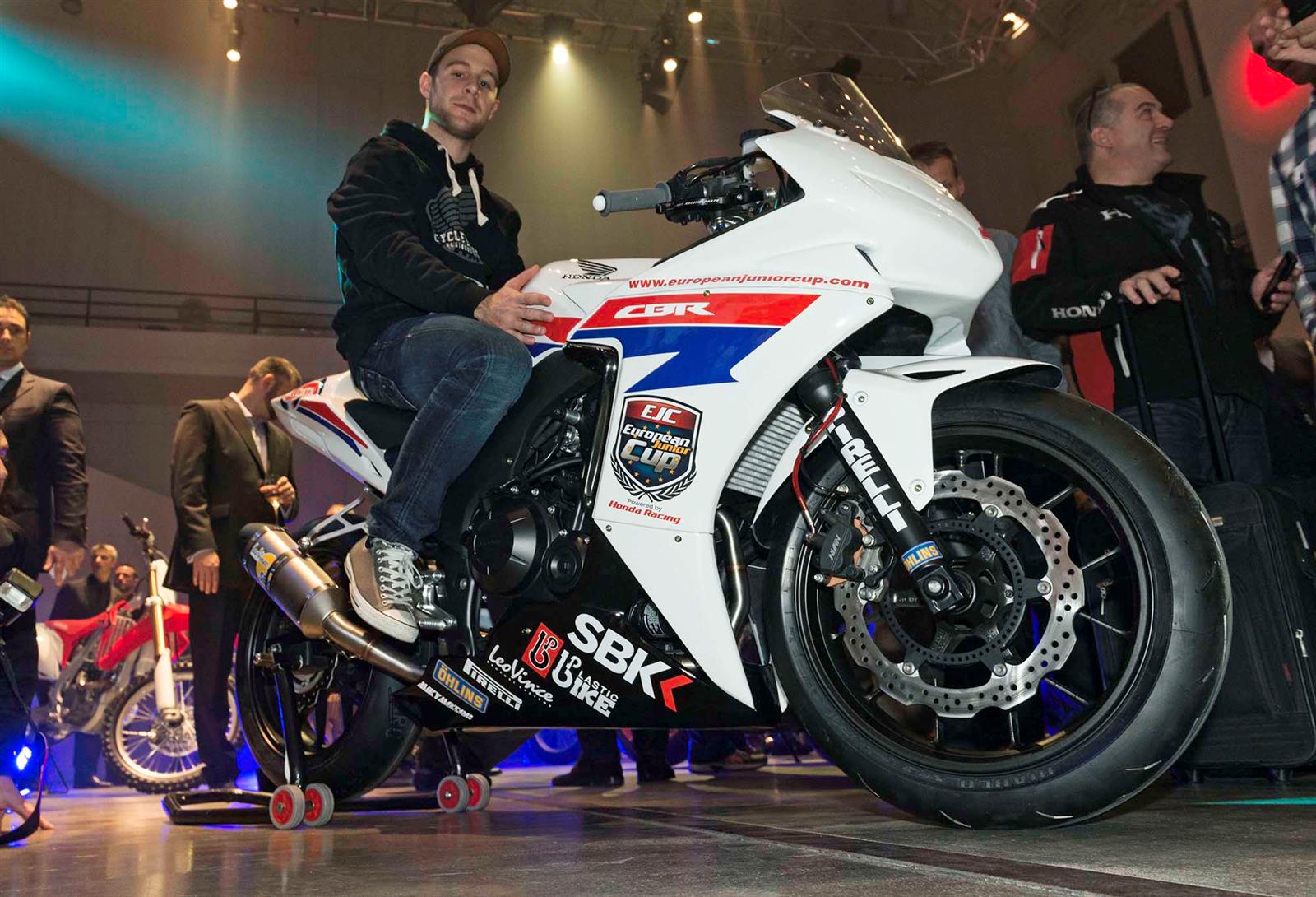 No sooner the 500s were launched by Honda, a race-version of the CBR500R has been showcased by Honda for racing in the 2013 European Junior Cup- presented at EICMA by WSBK Rider and 2012 Suzuka 8 hour champion Jonathan Rhea.

With most of the techbits remaining the same, the EJC version would sport racing tyres by Pirelli, exhaust systems by Leo-Vince and suspension by Ohlins. Targeted at entry level riders aged between 14 and 19 years old for one-make races, the 500 is slated as a beginners tool for the champions of tomorrow.