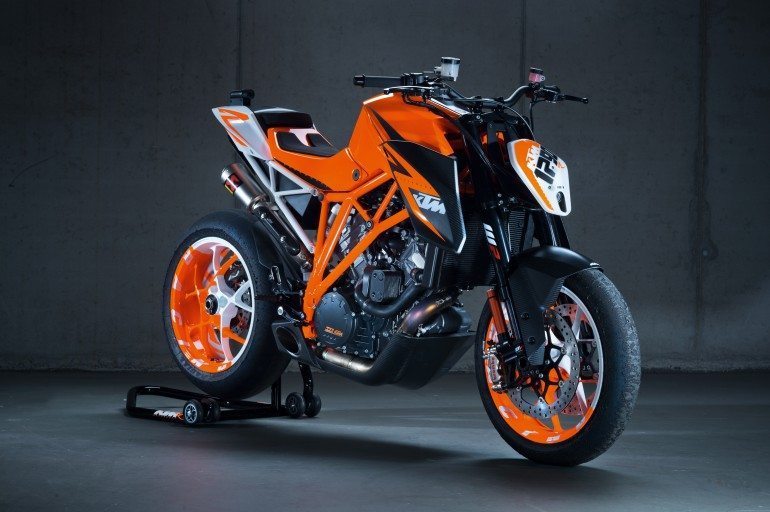 After much speculation, we finally have some concrete details on the KTM 1290 Super Duke R. The big daddy of all KTM Duke bikes has been confirmed to be in the process of manufacturing and while the details of the upcoming bike are still scarce to satisfy fans of the Austrian bike brand, we now have at least enough figures for a quick cocktail snack.

The KTM 1290 Super Duke R will be powered by an elder sibling of the V-Twin that does duty on the RC8R superbike. It is expected that the motor on the Super Duke will have a power output of around 180 – 200 hp. 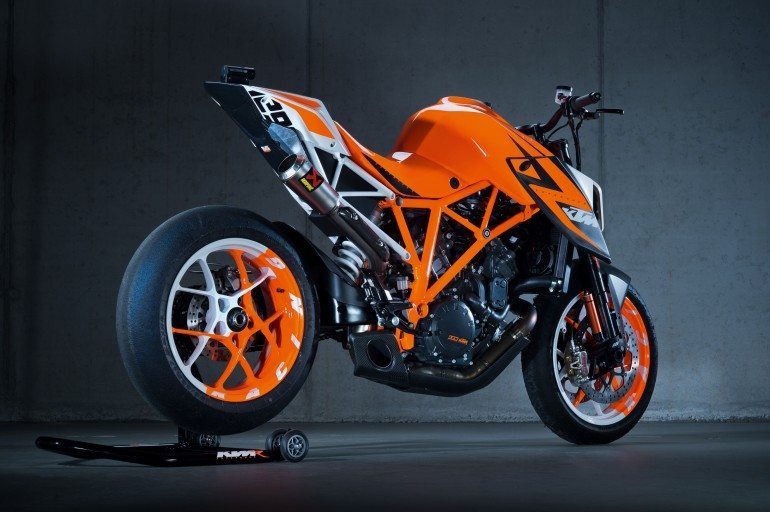 The frame on the KTM 1290 Super Duke comprises of chrome-molybdenum steel and is paired to a single-sided swingarm and a small rear subframe. While we still don’t have the numbers, the bike seems to have a really small wheelbase and should be a joy to flick around in traffic. The carbon fiber used on the fenders and tank shroud should keep the weight under check.

The KTM 1290 Super Duke R will feature a traction control system along with sporting ABS, anti-stoppie and anti-wheelie control systems. These, however, can be deactivated by the rider using an onboard toggle switch. KTM says “to look forward to the future and the second half of 2013 in particular,” which, in all probability, will be the launch date for the 1290 Super Duke R.

KTM have released a new video of the new 1290 Duke, titled, ‘The Beast Escapes. Here’s it! 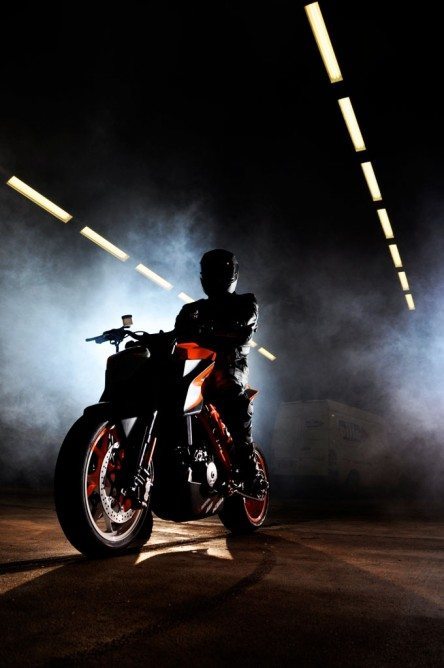