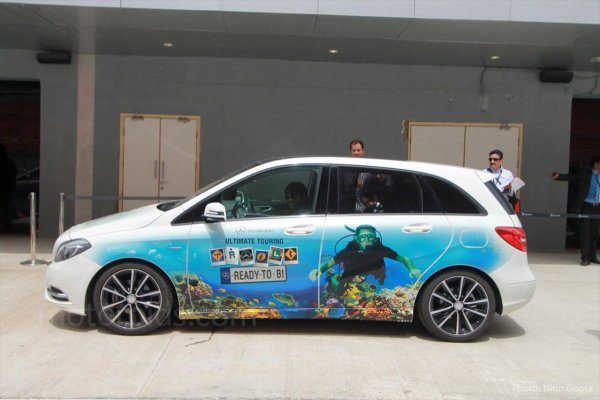 Mercedes Benz B Class, which was recently launched only with a petrol engine, will get a diesel motor in late 2013/early 2014. ACI says that the boffins at Mercedes are currently working on readying the 1.8 litre diesel engine to run on Indian fuel. The diesel motor will pump out a max. power output of 107bhp and will have a peak torque figure of 250 Nm. The upcoming variant of the B Class will, in all probability, be christened as the B180. The engine will find its way under the bonnet of B Class towards the end of 2013. The Mercedes Benz B Class Diesel will share the motor with the eagerly awaited A Class which will be launched in India in 2014.

The Mercedes Benz B Class is an indirect competitor to the high selling BMW X1 and the Audi Q3, both of which offer a diesel engine option. It is expected that with the launch of a diesel variant, the Mercedes Benz B Class, which is presently the easiest way to enter the three pointed star club in India, will become much more appealing to the Indian car buying lot.