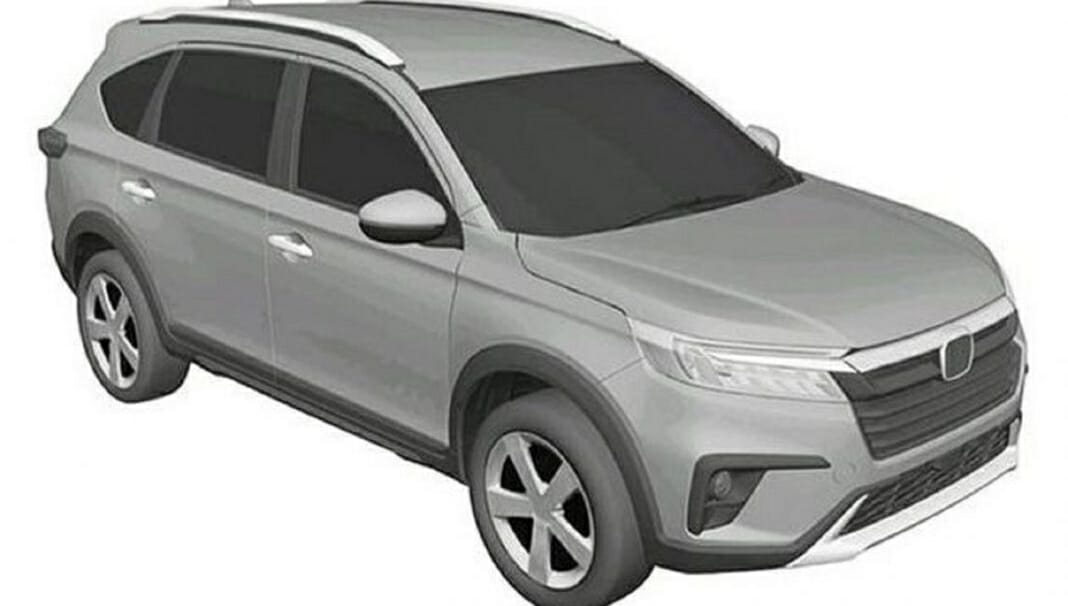 Sometime back, in Indonesia, Honda unveiled the concept version of their next SUV N7X. The N7X concept will take the place of the BR-V. The BR-V, on the other hand, is a MUV, whereas the N7X will be a 7-seater mid-size SUV. This SUV is slated to debut in August this year.

The production-spec patent photographs were released on social media before the vehicle’s introduction, and it’s confirmed that it’s the N7X.

By looking at the images, we can observe that the front of the vehicle resembles the Honda City. The front end is highlighted by a big bonnet with a multi-slat grille plus a big Honda logo placed right in the middle.

The headlamps wrap around the side which will also get LED set up. The front bumper sports fog lamp set up which looks rad. The front bumper also features a mesh-patterned air inlet with aluminium inserts and a faux skid plate. The black cladding which is all around the vehicle give it a rugged appearance. Let us get to the back, the rear design somewhat looks quite pleasing. The huge LED tail lamps and the rear bumper give the rear a dashing look. The silver skid plate also enhances the look. Honda has also thrown in features like shark fin antenna, roof rails, LED DRLs to make the SUV look butch.

As far as the interior is concerned, there have been speculations that N7X is likely to receive similar bits from its sibling, the City sedan. Features like the touchscreen infotainment system, keyless entry, power-adjustable and foldable ORVMs, power windows, climate control, curtains airbags, and many more. It will also have Honda’s Sensing Advanced Driver Assist System (ADAS). 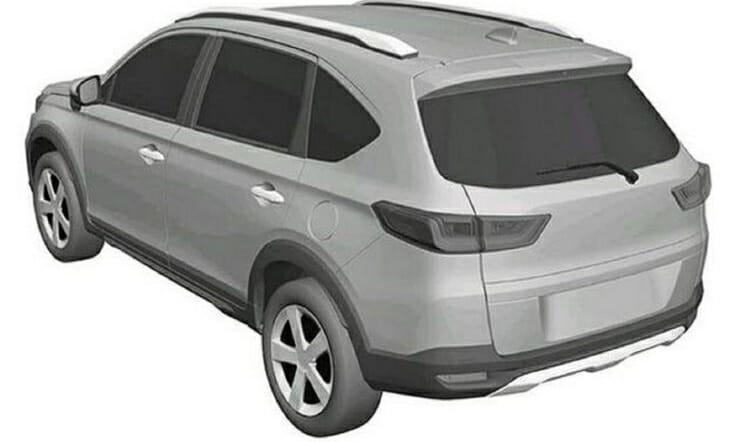 The N7X is likely to be powered by a 1.5L 4-cylinder NA petrol engine that churns out 121 bhp of power and 145 Nm of torque. This is similar to that of the City. The transmission option will be a 6-speed manual and a CVT.  The SUV will be offered in four trims- S, E, Prestige, and Prestige HS. Out of these, the base S trim would only be offered with a manual gearbox while Prestige and Prestige HS will only be offered with a CVT.

If Honda N7X enters the Indian market, it is likely that it will go against MG Hector plus, Tata Safari, and the new Hyundai Alcazar.