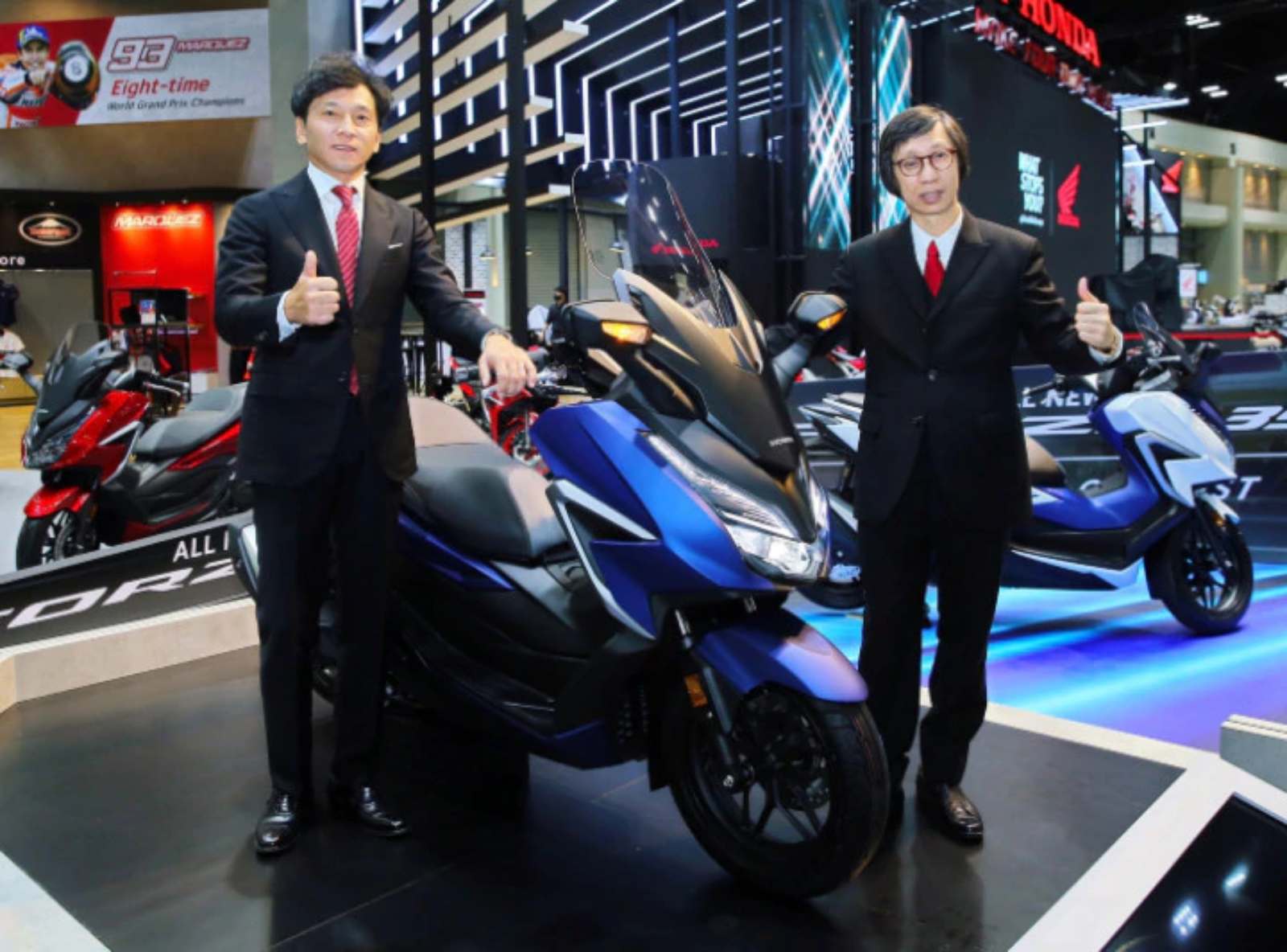 Honda has launched the all-new Forza 350 in Thailand. The all-new maxi-scooter gets a larger, more powerful motor and a host of other cosmetic and feature upgrades. This is the first time the Forza 350 has stepped into Southeast Asian markets. 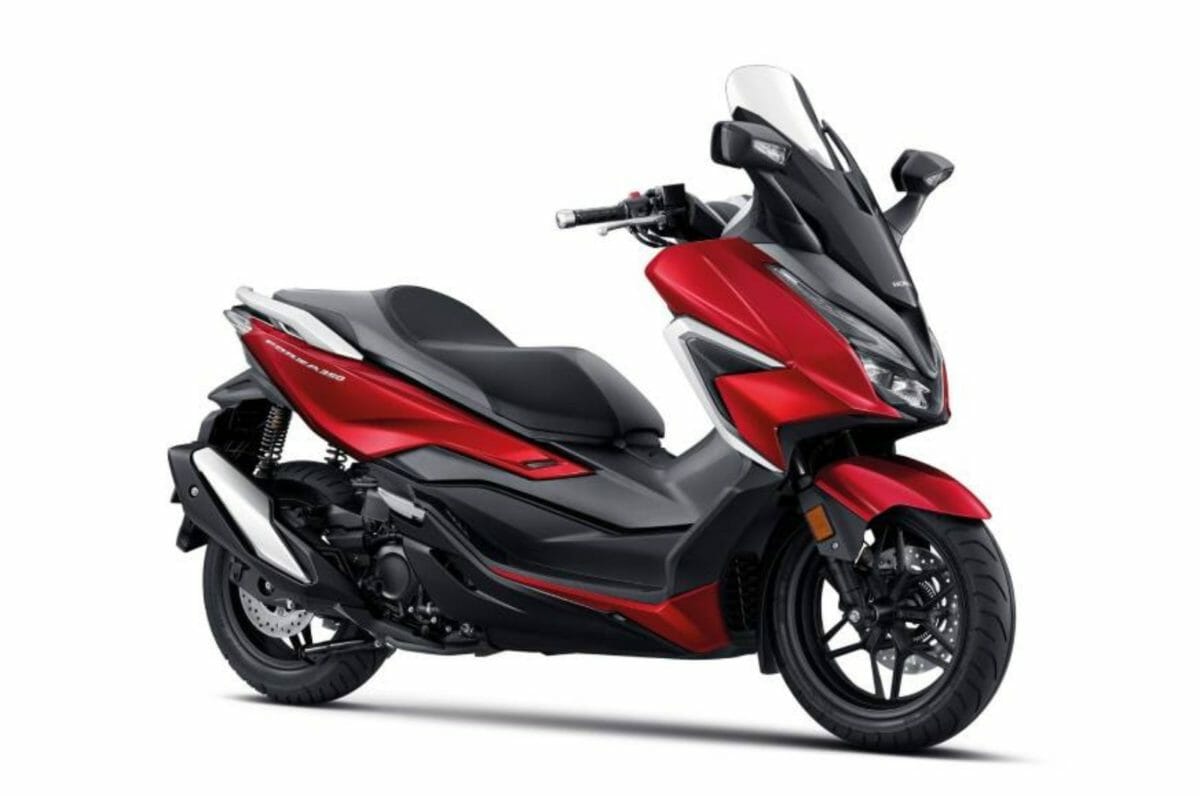 From the first look, the new Honda Forza 350 looks similar to the outgoing model, save for the new colours. The new Forza 350 is designed similar to its younger sibling- the Forza 300. It still looks quite striking, especially when viewed from the front. The premium automatic scooter continues to subscribe to the maxi-scooter design language with a prominent front fascia, generously proportioned stepped seats, large wheels and meaty tyres.

It offers features such as all-LED lighting, mirror-mounted LED turn indicators and an emergency stop system that has the tail lamp rapidly blink if you brake hard for an emergency. It also gets an electrically adjustable windscreen that can be raised up to 150mm. Other features include a USB charging port in the front cubby hole and keyless ignition. 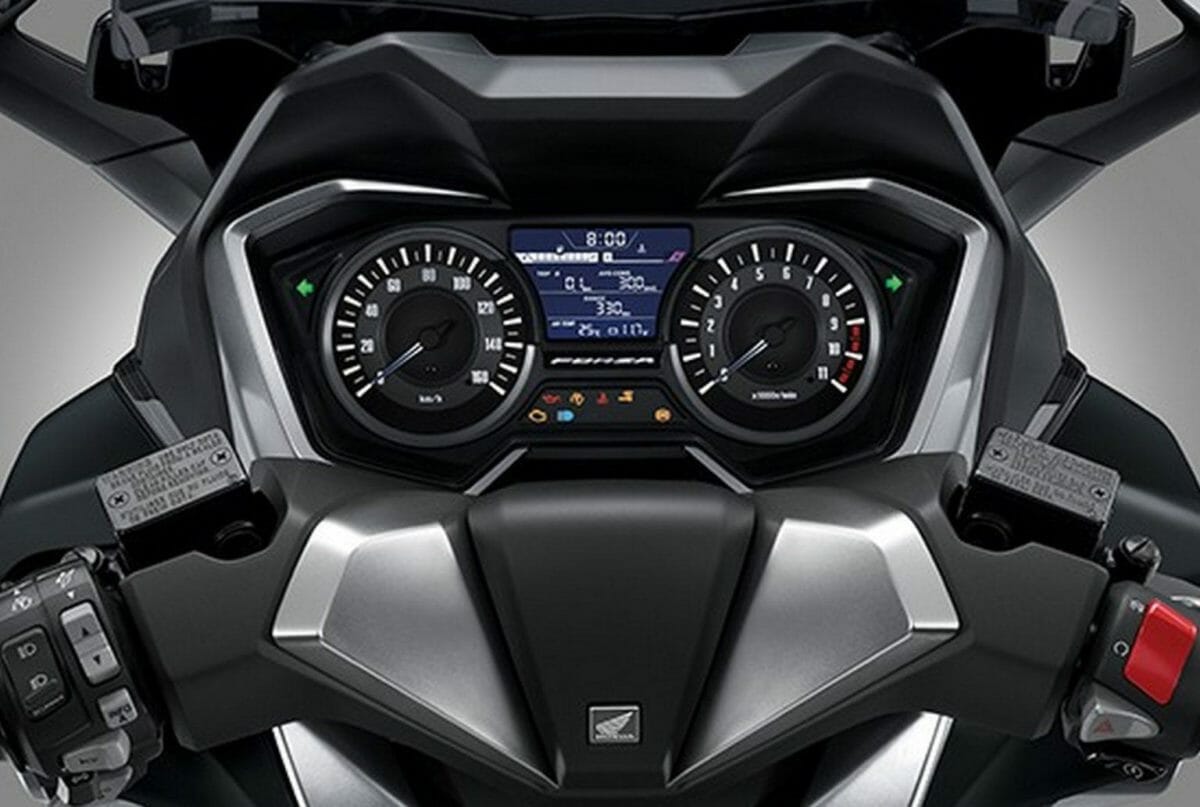 The semi-digital instrument console gets two large analogue pods with a large digital screen in the middle. It shows the fuel level, odometer, trip meter, distance to empty and average fuel consumption. The cubby hole has a dedicated space to store a phone, as well as a water bottle. Being a touring friendly scooter, the Honda Forza 350 has enough under-seat storage space to store two full-face helmets in addition to compartments on the front apron.

As far as performance is concerned, the new Forza 350 is powered by a new 329.6cc, single-cylinder, four-valve, liquid-cooled motor. It replaces the Forza 300’s engine that displaced 279cc and produced 25.1hp at 7,000rpm and 27.2Nm of torque at 5,750rpm. Honda has not revealed the power and torque figures of the new scooter yet but says that it is more than what the outgoing model’s engine produced. 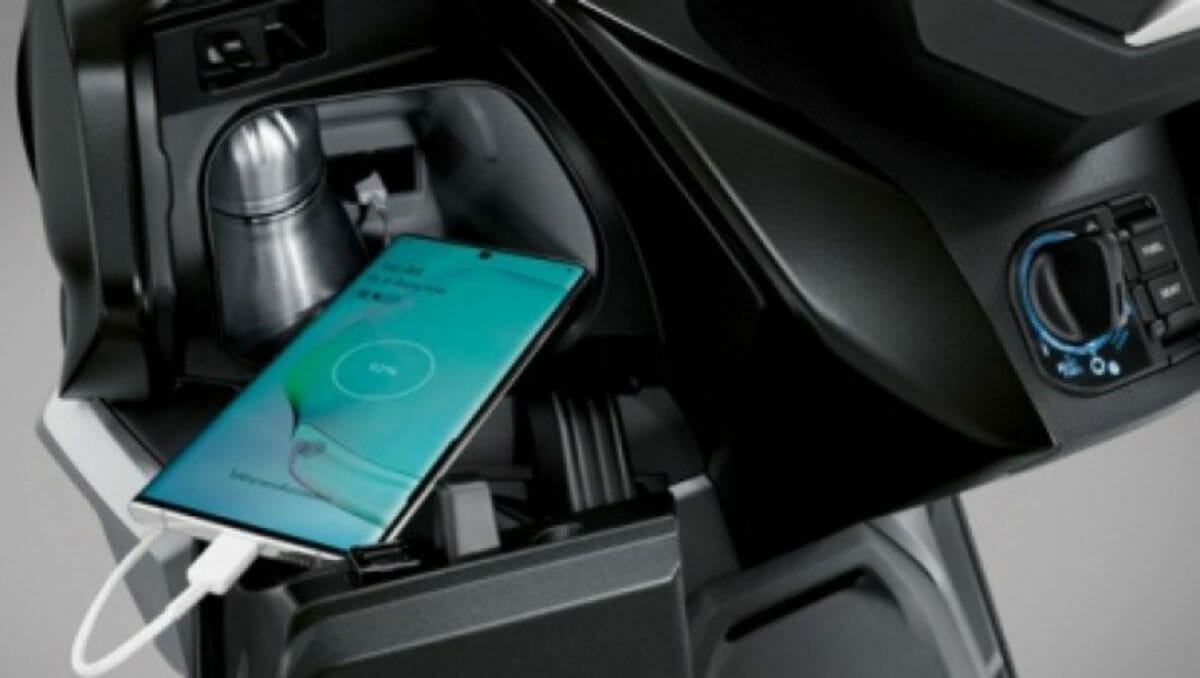 For reference, the Forza 300 makes about 25 PS and 27 Nm of torque. Like the Forza  300, the new Forza 350 also gets the Honda Selectable Torque Control (HSTC) system, or traction control in Honda speak. The 350 also gets a CVT transmission with an automatic centrifugal clutch.

The Honda Forza 350 gets the same underpinnings as the Forza 300. Suspension setup includes telescopic forks and dual shock absorbers. It sits on 15-inch front and 14-inch rear alloy wheels with 120/70-15 and 140/70-14 tubeless tyres. Braking is via disc brakes at both ends with dual-channel ABS. The seat height is 780mm. The Forza 350’s 185kg kerb weight is 2kg higher but it also gets a slightly larger 11.7-litre fuel tank. Even the 147mm ground clearance is 3mm taller.

Its Chances Of Arriving in India

While it has been launched in Thailand, there is still no word from Honda of the Forza making it to the Indian market. However, Honda did reveal the Forza 300 in India earlier in February this year and sold four units through its Big Wing dealerships to gauge customer response. Although Honda did commit that the BS6 version of the Forza 300 will be launched in India by FY2021, it remains to be seen if it will instead launch the Forza 350. 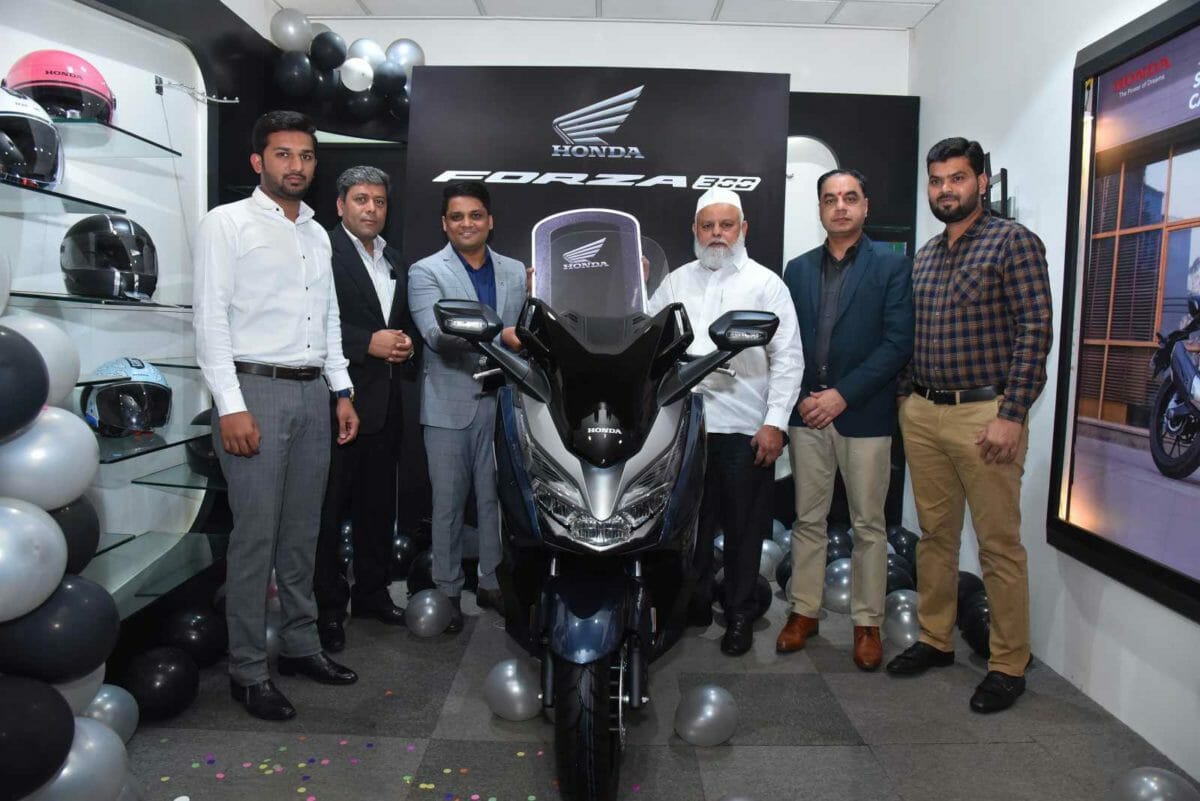 The Maxi Scooters still form a very niche and premium segment of the market. Going by the norms, a smaller displacement Forza, say 150cc, would command a better position and demand in the Indian market. In its current form, the Forza 300 or Forza 350, is too premium for the Indian audiences in the scooter segment.